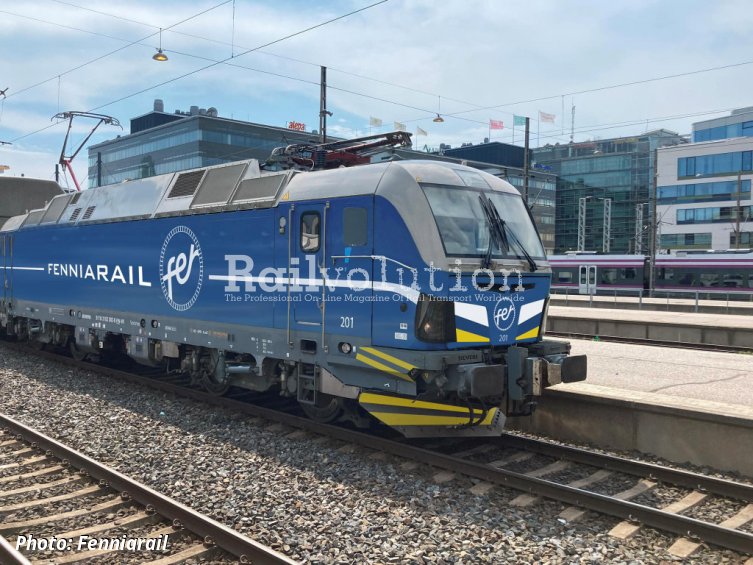 On 29 September 2022, Fenniarail announced that it signed a purchase agreement with Siemens Mobility for Vectron(s). The contract includes the delivery of one locomotive by the end of October 2023 and an option for four more. The operator has also signed a long-term maintenance and repair agreement with Siemens Finland for Vectron(s). With this acquisition Fenniarail will increase its transport capacity and will enable it to expand its services to new clients. The new electris also make possible to increase the train weights.

This is the first electric locomotive purchased by a private railway operator in Finland, and also Siemens' second order for a broad gauge version of Vectron. The locomotives, which follows on the VR Class Sr3, have been designed for Finnish conditions and are particularly suitable for freight trains - one Vectron can haul over 2,000 t train with a higher average speed than diesel locomotives.

The 200 km/h Vectron with a 6,400 kW power will have a starting tractive effort of 350 kN, weight of 89.7 t and a length of 19 m. It will feature no changes compared to the VR’s Sr3 locomotives. Like the latter, the Fenniarail Vectron(s) will be fitted with two diesel power modules (each of 180 kW) for running on non-electrified lines or shunting on sidings without overhead line. The Fenniarail Vectron(s) with an on-board ETCS will also have a radio remote-control system for shunting.

Petri Lempiäinen, Chairman of the Board of Fenniarail, said: “Acquiring potentially five electric locomotives is a notable growth leap for our company and at the same time a natural decision as Fenniarail is reducing its carbon emissions. The company’s aim is to offer environmentally friendly logistic solutions in freight traffic and electric locomotives keep us on this strategic path. With this investment we also ensure our future growth and new locomotive investments in the future shall mainly be electric locomotives. Maintenance for locomotives will be provided by Siemens and Fenniarail will also be investing in a maintenance depot in Kouvola region."

Following our questions, Juha Hakavuori, Fenniarail Managing Director, explained: "In fact, the purchase contract was signed already December 2021 but the finance contracts were being finished when the Ukrainian war started and the cross-border traffic between Finland and Russia was reduced dramatically. As the cross-border traffic amounted to 70 % of our sales in 2021, we took a time out with Siemens. However, the market situation in Finland changed quickly and we decided to go forward with the investment during the spring. The process to finalise the remaining contracts took longer than thought, mainly because the summer period slowed down the process. The original delivery time remained the same."

In Finland, domestic rail freight traffic was opened to competition in 2007 and operation between Finland and Russia in 2016. Fenniarail expanded its operations to cross-border services in 2017. Its fleet currently includes six Class Dr18 (774.7) diesel locomotives delivered by CZ LOKO, and 22 transfer wagons.