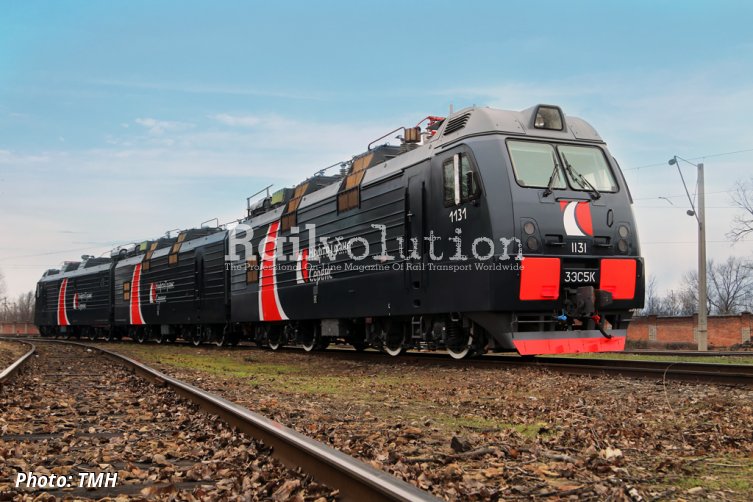 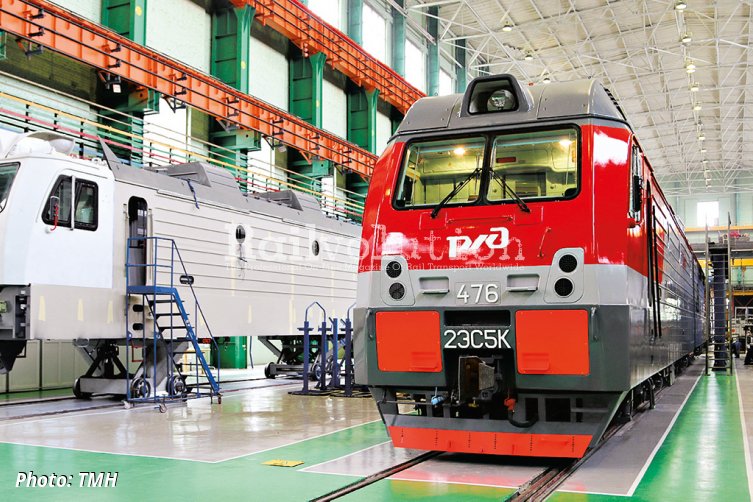 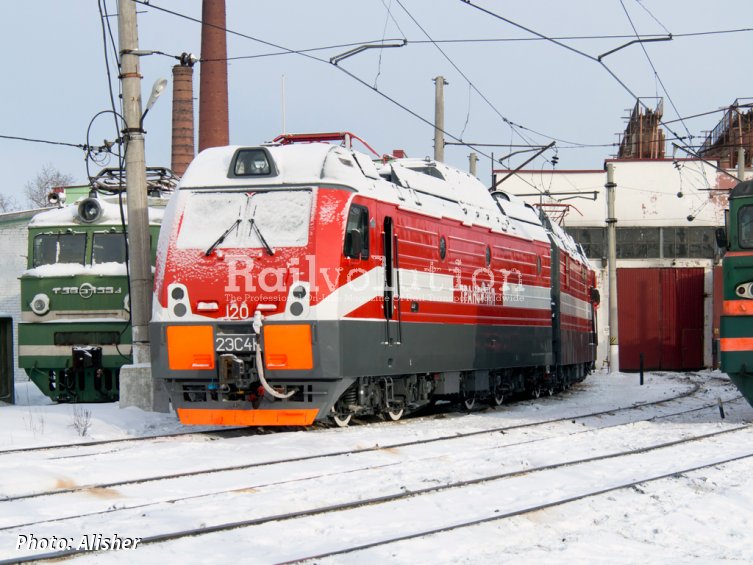 On 3 December 2020, Novocherkassky elektrovozostroitelny zavod (NEVZ) handed over to NefteTransServis (NTS), a Moskva-based private operator, locomotives 3ES5K-1131 and 1132. They form part of a batch of 14 Yermaks ordered in November 2020. According to the contract, seven of them will be delivered by the end of 2020 and remaining seven by the end of the first quarter of 2021. The 25 kV 50 Hz locomotives will be sent to the Timashevskaya depot on the North-Caucasian railway (Severo-Kavkazskaya zheleznaya doroga).

This is not the first time, when NTS took the Class 3ES5K locomotives. NefteTransServis, founded in 2006, started its railfreight activities by moving crude oil products, using 400 tank wagons. In 2009 the company expanded its activities by transporting other raw materials, and until now built up a fleet of around 28,500 tank wagons and some 38,500 gondolas.

RZD therefore signed an agreement for the lease of 19 Yermaks with L-Trans, a NefteTransServis subsidiary, until the end of 2018 (and also for 15 locomotives, leased from Lokotekh-lizing, the contract being valid until 2021). All these Yermaks were delivered in an RZD corporate livery. These agreements gave RZD the opportunity to obtain the necessary locomotives without investing in their acquisition.

But by the end of the contract with L-Trans, the RZD's financial capabilities increased following the rising volume of freight transport. Then RZD decided to buy them as it has become more profitable than monthly payments for their use. RZD hired an independent appraiser, who determined the fair market price for the locomotives, and offered both its partners purchase and sale deals instead of prolonging the lease agreement. Thus since December 2018 all 34 Yermaks are owned by RZD.

With the recent batch of 14 new Class 3ES5K machines NefteTransServis will strengthen its position as a private rail operator in Russia. It states that „NTS has begun to renew the fleet of main line locomotives as part of the ongoing work to improve the quality of services provided to customers, as well as to increase the efficiency of the transportation processes hauling its own trains. The use of modern Yermaks will mean a reliable transportation, as well as a reduction in the delivery times.“ The reason for acquiring of new locomotives is that NTS mostly uses elderly Class VL80S locomotives on the 25 kV 50 network.

The new NTS’s Class 3ES5K Yermaks will be of an enhanced version which NEVZ has been supplying since the end of 2018. Since July 2019 all new main line freight 25 kV AC Yermak locomotives built by NEVZ have been completed and delivered fitted with an individual traction motor regulation system, with the independent excitation of the DC traction motors (in the speed range of between 0 and 50 km/h), a microprocessor control and diagnostic system with advanced functions, and an effective anti-slip protection system.

NEVZ started building Yermaks with each axle being regulated independently in 2014, on the four-section Class 4ES5K. In 2018 this feature spread to the three-section Class 3ES5K. Starting during the third quarter of 2019 it has also been incorporated in two-section Yermaks, starting with 2ES5K-476 in July 2019.

This design modification results in the load being distributed in an optimal manner between the powered axles. This ensures that the locomotive can exert the maximum tractive effort according to adhesion conditions. Test running on the BAM and Trans-Siberian demonstrated that a Class 3ES5K Yermak with individual control to each axle could manage to haul trailing loads of as much as 7,100 t, compared with earlier machines of the same type, with axles being regulated at bogie or locomotive section level, which could only manage trailing loads of 6,300 t.

Those Yermaks fitted with individual axle regulation are in use on the Dalnevostochnaya (Far East), Yuzhno-Uralskaya (South Urals), Krasnoyarskaya and Gorkovskaya (Gorky) dorogas (railways). They are used in particular on lines in eastern Siberia where they have to surmount gradients as steep as 30 ‰. By late August 2019 NEVZ had built 60 Yermaks with individual control of traction motors: 18 Class 4ES5K, 39 Class 3ES5K and three Class 2ES5K locomotives.

Other Private Operators In Russia Using The Modern Electric Locomotives

There are already several private freight operators in Russia who have bought new electric locomotives. The first was GMK Norilsky Nikel (Norilsk Nickel), which in February 2011 received 25 kV Yermak 2ES5K-154 for hauling nickel trains in the Murmansk district.

In September 2012 L-Trans received two three-section Yermaks, 3ES5K-295 and 297, which were at that time allocated to Bryansk depot.

In May 2012 NefteTransServis acquired a small fleet of six 3 kV DC Donchak locomotives, 2ES4K-073 to 078, which like the aforementioned 19 Yermaks were also hired to RZD (in opposite, NTS mostly uses old Class VL10U locomotives on the 3 kV DC network).

In 2013 followed Transoil of St. Peterburg. The company, which has been active in railfreight in Russia since 2003, became one of the country’s first true open access operators on the RZD’s main line network to use electric locomotives. On 9 September 2012 Transoil awarded NEVZ a contract to buy three 3 kV DC Class 2ES4K Donchaks, this decision being taken because Transoil planned expanding its services over longer distances on electrified lines.

The machines were numbered 118, 119 and 120, and the trio left the NEVZ works in late January 2013. Following test runs they were granted documentation permitting them to haul freights on the RZD network. On 11 February 2013 they entered commercial service, running on lines on RZD’s Oktyabrskaya zheleznaya doroga, hauling freights between the KINEF refinery complex in Kirishi (situated about 80 km southeast of St. Petersburg), and Avtovo (in the suburbs of St. Petersburg), and replacing Transoil’s Class 2TE116 diesel locomotives for part of the way,

In January 2013 the mining company Apatit, near Murmansk, bought 2ES10-222, a Class 2ES10 Granit. This became the first private company to buy a modern electric which had not been built by NEVZ.