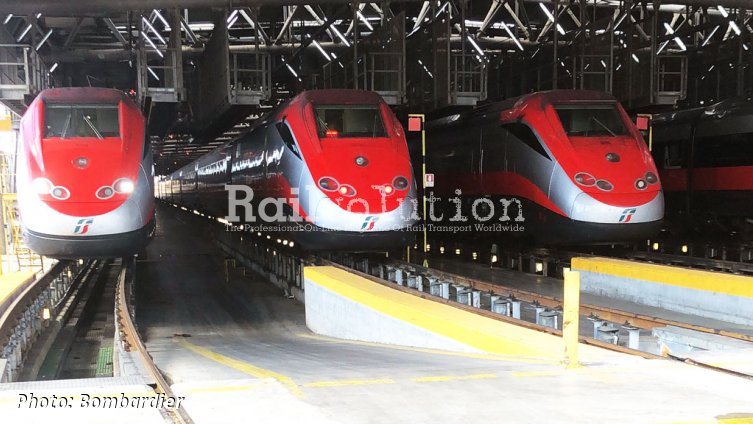 On 30 April 2020 it was announced that Bombardier Transportation and Trenitalia have signed a new contract for integrated logistics services to support the fleet of the Class ETR 500 high-speed trains. The base order is for six years and there is also an option for a further six years. This is an important step in the ETR 500 fleet’s lifecycle as it enables Trenitalia to leverage the benefits of Bombardier’s service acquired during its management of previous logistics and rolling stock maintenance contracts.

The fleet of 58 trains was manufactured by a consortium of Bombardier (Adtranz), Alstom and AnsaldoBreda, and it has been in service in Italy since the mid-1990’s. The units have been operating under Trenitalia’s Frecciarossa (Red arrow) brand since 2008. With this new contract, Bombardier will provide around 120 different components to Trenitalia within a 48-hour delivery time, including new, repaired and overhauled items. The contract includes critical components such as traction cooling equipment and transformers.