Another Batch Of TRAXX MS3 Locomotives For RJ 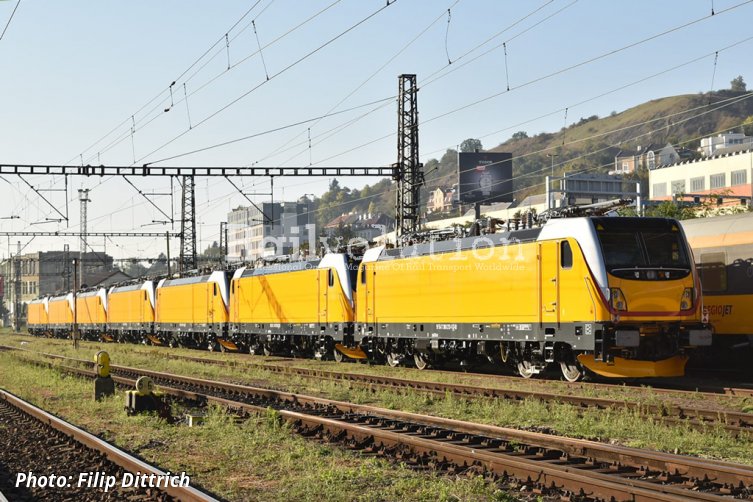 On 9 October 2021, seven Class 388.2 locomotives from the current RegioJet’s order were transported from Kassel to Praha. As in previous cases of RJ’s new TRAXXes, haulage of these was provided by RailTransport-Stift whole the way.

The locomotives are now waiting for the completion of the European approval process and for the standard procedures required by the Czech authority, Drážní úřad (DÚ). Despite the technical pillar of the fourth railway package, these procedures remain unchanged and include series of approval runs, with set of competency certificates to be issued by DÚ.

On 3 September 2019, RegioJet ordered 15 locomotives of this type, with an option of an unspecified scope (in the order of "tens" of units). Of this, it has ordered three more in the summer of 2021, which should be delivered around the turn of this and next year