Another customer for EURO9000 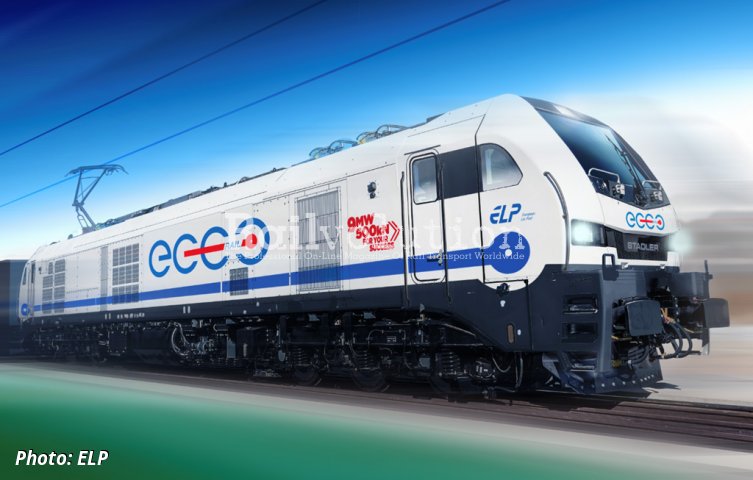 The Austrian operator ecco-rail will be the next lessee of the EURO9000 locomotives, ordering a full-service lease of two ones, for delivery in late 2023. This brings total number of EURO9000s for which European Loc Pool has full-service leasing contracts to twenty, for seven operators: Rail Force One (3), RTB CARGO (4), HSL Logistik (5), IGE (2), Lokomotion (2), LTE (2) and ecco-rail (2). More lessees are either following soon or being already contracted but not yet publicly announced.

In all cases, the leasing orders concern version featuring two 950 kW diesel engines and equipped to operate in Germany, Austria, Switzerland, Italy, the Netherlands and Belgium. The power output in electric mode is up to 9,000 kW, with only 6,400 kW in 3 kV DC and 4,500 kW in 1.5 kV DC. Overall weight is 120 t with 2/3 of operating liquids, and 123 t with full tanks.

Ecco-rail plans to deploy these machines on the corridor from Bratislava via Austria and Germany to the Netherlands and Belgium. LTE is planning a similar route for its EURO9000 locomotives.

ELP has so far firmly ordered 30 EURO9000 machines from Stadler València (those two prototypes are not part of the series order). The first of these, a 2019 302 for Rail Force One, was on display at this year's InnoTrans. More are meanwhile being assembled to be ready for start of deliveries during the course of next year, once approval has been achieved. This will cover only Germany, Austria and Switzerland, with the other countries following under certification for extended area of use.