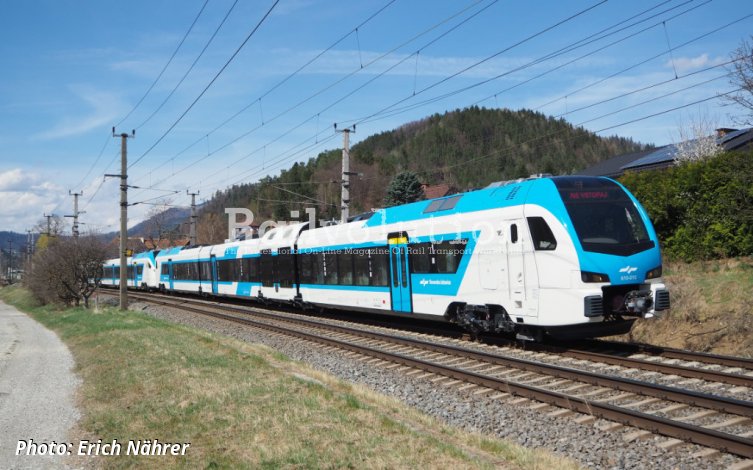 While the new FLIRT and KISS units of Slovenian Railways have been in regular operation on domestic electrified and non-electrified lines for several months, a series of test runs with Class 510-515 (EMU) and 610-615 (DMU) FLIRTs were carried out in Austria from late March to 6 April 2022 in order to approve them for operation in that country.

While their transport from the Spielfeld-Straß border station to Wien (to the marshalling yard there) was provided by an ÖBB electric locomotive, the units were moved under their own power to the stations determined for measuring interference currents (Limberg-Maissau on the Franz-Josefsbahn, northwest of Wien) and Freistadt (northeast of Linz), more precisely the FLIRT DMU pulled the EMU.

The same method was used after the measurements were completed for the return of both FLIRTs from Freistadt to Spielfeld-Straß on 6 April 2022, when units 610-015/016 and 510-033/034 were captured as train SLP 97319 at Mixnitz-Bärenschützklamm station (north of Graz).