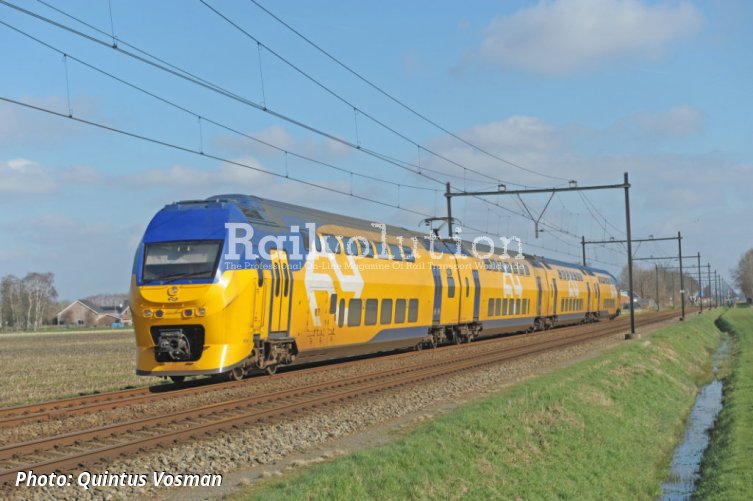 NS is running a tender for a new generation of double-deck EMUs and has selected CAF as a preferred bidder for an initial order of 60 trainsets. CAF is one of four bidders having made a ‘valid offer’ during the last stage of the bidding process (the so called „Best and Final Offer“). NS stated that CAF had the best offer in terms of price-quality balance, in which are comprised the aspects of investment costs, reliability and availability, maintenance and after sales support, efficiency in energy, and design in relation to train passengers and on-board staff.

Having selected CAF as preferred bidder, a period has started in which other bidders can appeal against the decision of NS. If no appeals will be submitted or if no appeal proceeding will be successful for the submitter, NS and CAF will enter the very final stage of the tender in which negotiations will take place to achieve a final contract.

NS aims on signing the contract with CAF before the end of 2022. After, the final design will be made and a period of manufacturing, extensive testing, commissioning will start as well as the process for achieving the APOM, the Authorisation to Place on the Market, which is the necessary legal permit for taking rolling stock into service based on the European legislation (at present EU Directive 2016/797 Interoperability directive). For CAF it would be the very first order for double-deck trains, representing a new product in its portfolio.

NS plans to start operations with the new double-deck EMUs in 2028. The new trains will replace the ageing ICMm Koploper single-deck three- and four-car EMUs as well as the DDZ double-deck stock. This 140 km/h double-deck stock arrived to NS as DD/AR Agglo Regio double-deck trains, but were turned into IC trains during its midlife refurbishment.

The new double-deck EMUs to order are not exclusively composed of double deck cars, but also have some single-deck cars, a combination according to NS to offer high capacity while having easy access. The new trains are suitable for a maximum speed of 160 km/h and are to operate only on the Dutch conventional network, electrified with 1,500 V DC.

The order of 60 train sets will be subdivided into 30 six-car and 30 four-car sets. The entire fleet will offer a seating capacity of 30,000. The contract to conclude will include options for ordering more units and also for ordering a variant which is suitable for cross-border operations into Gemany and/or Belgium.