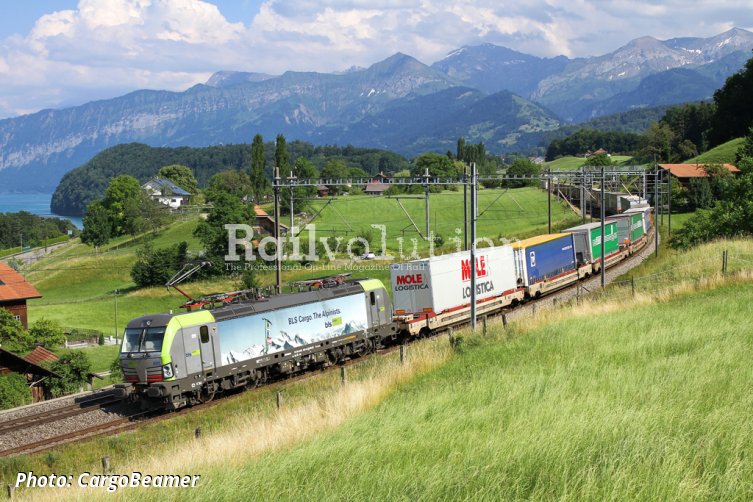 The line between Calais and Domodossola serves as the latest addition to the intermodal route network of CargoBeamer. Starting off on 4 October, the trains will operate on four roundtrips per week. From December 2021, the frequency will increase to six weekly runs in each direction.

Like on all CargoBeamer lines, both cranable and non-cranable semi-trailers as well as containers, hazardous goods, P400, frigo and bulk trailers can be transported. Calais - Domodossola serves as the third line the German logistics service provider has added to its route network since the beginning of the year, following Calais - Perpignan and Duisburg - Swarzędz lines.

In June, CargoBeamer opened the first terminal relying entirely on the company's own technology in Calais. Here, semi-trailers are loaded horizontally and in parallel on and off special wagons, which means that an entire intermodal train can be handled fully automatically within 20 minutes. In addition to the domestic French route between Calais and Perpignan, which is being operated since July, the connection to Domodossola joins as the first international line in the terminal’s portfolio.