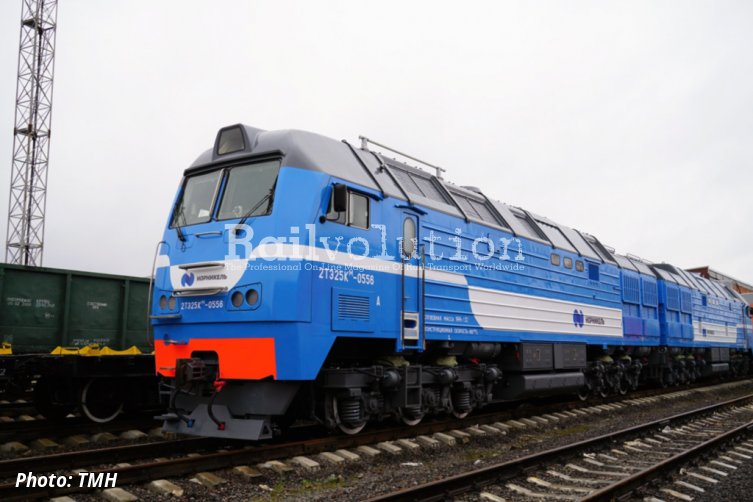 In mid-June 2021, two Class 2TE25KM mainline diesel locomotives produced by BMZ have been delivered to Nornikel (Norilsk Nickel). They will be used by the Polar Division of company's transport branch. The contract was signed in May this year, and the new locomotives, 2TE25KM-0555 and 0556, will replace the Class 2TE116 machines that have been in operation in the Norilsk region for more than 30 years on the world's northernmost railway.

The new locomotives have 15 % more power than the ones they replace, and have an increased traction effort, which is especially important in winter conditions, when there are snow drifts. Nornikel attributes the operation of the 2TE25KMs to the possibility of increasing its freight transport and improving operational efficiency. BMZ has already produced more than 550 Class 2TE25KMs, which are in operation today in Russia and abroad.