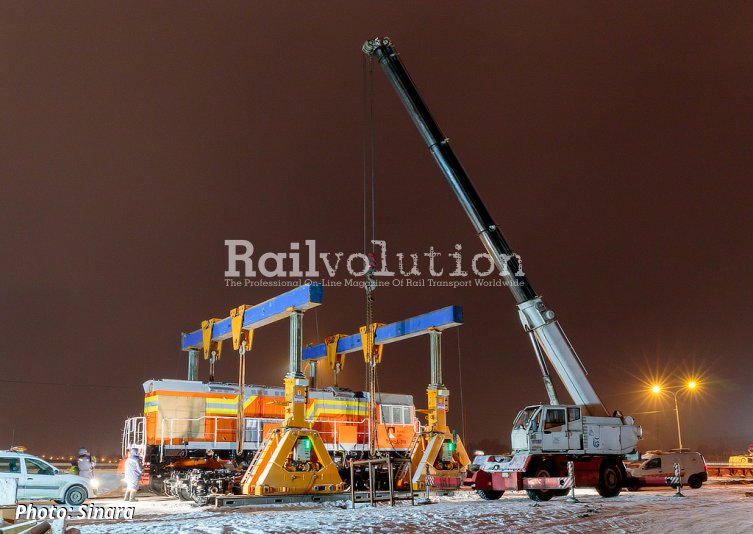 Delivery is divided into two batches. The first one, consisting of three locomotives, left LTZ in late December 2021. Each TGM8A was loaded onto a separate motor-truck using a gantry system. The convoy has reached the port of St. Peterburg, from where the locomotives were got off by sea to the Guinean port of Conakry. The second batch is now being prepared for the delivery envisaged to take place in the 1st quarter of 2022.

The four-axle locomotives with a hydraulic transmission are designated as a new Class TGM8A (initially it was mentioned the Class TGM8). They are able to tun in multiple and have been modified taking into account the climatic conditions of the future operation location and are equipped with reinforced bonnets and double-glazed windows in the driver’s cab. This is Sinara’s first export contract in Guinea.