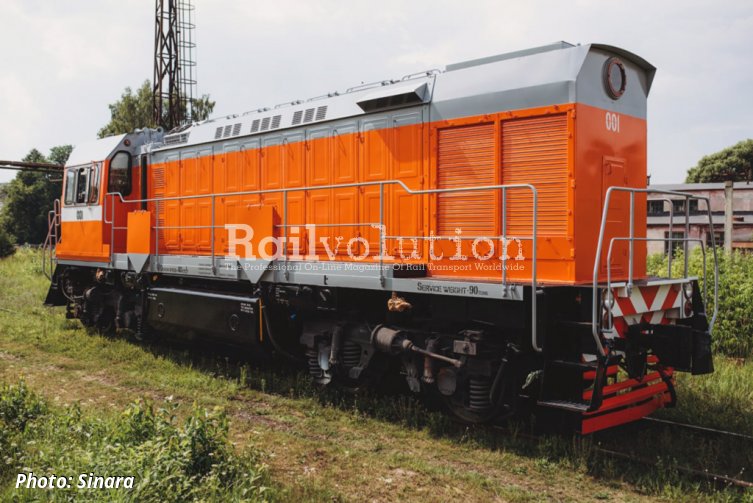 On 24 August 2021, following an open tender, STM has won a contract for the supply of six Class TGM8 diesel locomotives to Compagnie des Bauxites de Kindia (CBK, part of RUSAL). The main business of CBK is extraction and export of bauxites. The TGM8s will be used in the production chain of the West African asset of the Russian aluminum company and must be handed over to the customer before the end of this year.

Production of the first one will start at LTZ soon. Anton Zubikhin, STM Trading House CEO commented: „We already have some experience in working with RUSAL and its daughter companies, however, our holding has not previously provided supplies neither to CBK, nor Guinea.“

TGM8 is a four-axle 1,435 mm gauge locomotive with a hydraulic transmission and an 882 kW engine. It is fitted for operation in tropical climate with pronounced alternation of dry and wet seasons given the climatic conditions in the Republic of Guinea, for which reason it was nicknamed Elephant by the manufacturer, together with the fact that elephants are one of the symbols of Africa.

The first Class TGM8 locomotive was built in 1972 by order of the French company Solmer (initially Sollac Mediterranee) a steel plant in Fos-sur-Mer, near Marseilles (now Arcelor Méditerranée). Since then, its design has been repeatedly upgraded and received several updated modifications. The countries where this type can be found include China, Vietnam, Pakistan, etc. One of the recent export contracts are the Class TGM8KM locomotives for Cuba.