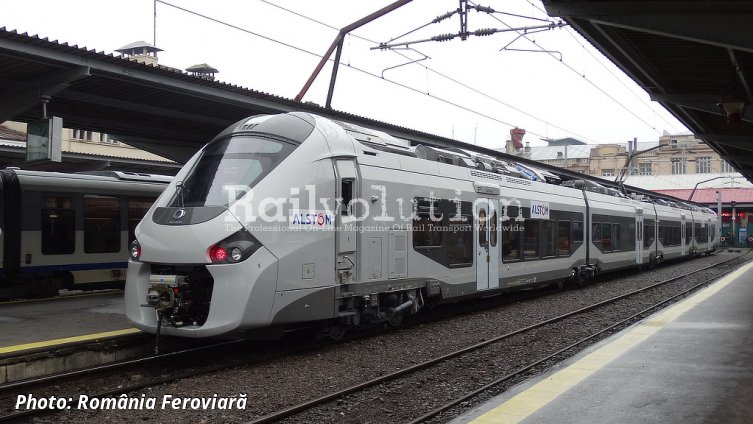 On 4 November 2021, Alstom Ferroviaria was announced the winner of the tender for the supply of 20 EMUs for Romania, with an option for 17 more. The trains are being purchased by the Ministry of Transport and Infrastructure through the Railway Reform Authority (Autoritatea de Reformă Feroviară, ARF, established in October 2016), and not by the state-owned CFR Călători, which is too indebted for this business (it only made a profit in 2016 - 17).

They will be six-car Type Coradia Stream units with a maximum speed of 160 km/h for the IR (inter-regio) category, which are to have 300 seats. The delivery period is 31 months from the signing of the contract, which will also include maintenance of the vehicles for 15 years from the date of delivery. If there are no legal disputes and the contract, worth around 1.3 billion RON (262 million EUR), is signed, Alstom will start delivering in 2023 at the earliest. It remains to be seen how long it will take for them to be tested and approved in Romania, especially where the testing will be carried out, as the Făurei circuit was rented by Stadler until the end of January 2023.

If the contract is realised, the Coradias will become the first EMUs in Romania, with the exception of three Hyperions manufactured by Softronic, Craiova and used by the private operator Softrans.

The intention to procure new EMUs for CFR Călători is many years old and has always ended in failure so far; FLIRT and Coradia Polyvalent EMs have already been exhibited in Bucharest in connection with these efforts. Since 2011, CFR Călători has not received any funding from the state budget to invest in new vehicles, and in 2016 it was planned to acquire new electric (and diesel) multiple units in 2017 - 21, which however did not materialise.

In October 2016, a Coradia Polyvalent EDMU was put on display at Gara de Nord station in Bucharest. The new-built train was previously been used for tests on Romanian lines in preparation for the installation of the trackside ERTMS. However, this unit was bought by CFR Infrastructură with EU financial support at a cost of 6 million EUR to be turned into its track diagnostics laboratory. However, even this plan has not been completed, as the train has been stored in one of the Bucharest metro depots for five years and is still waiting for the necessary equipment...