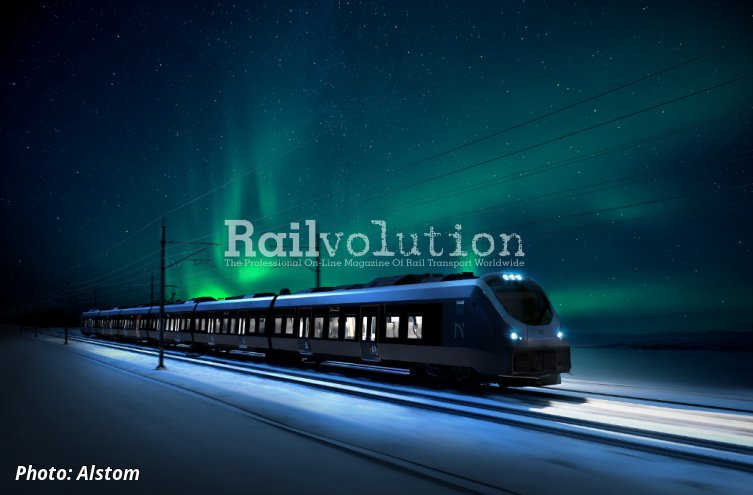 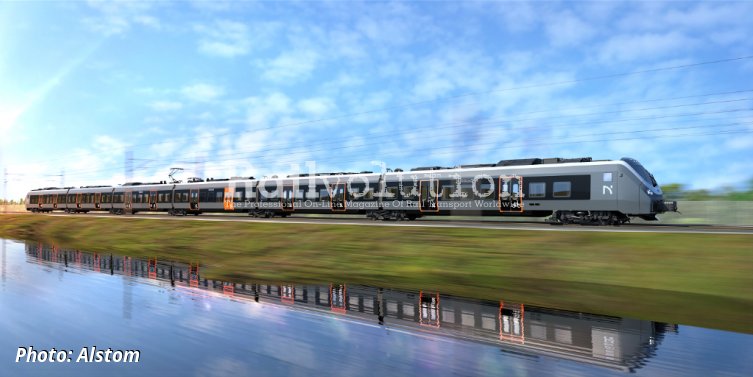 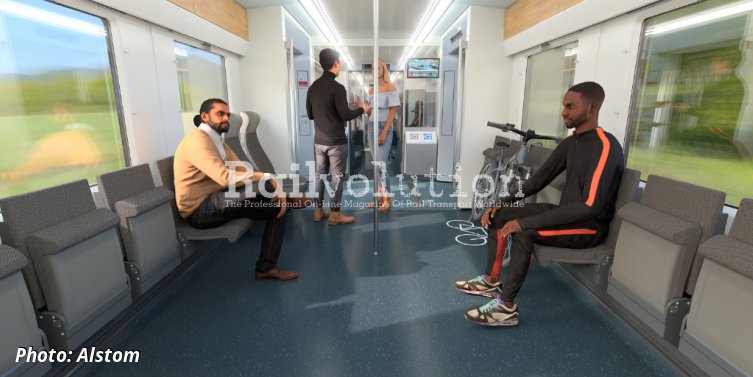 On 10 January 2022, Alstom has signed a framework contract with Norske Tog allowing for the provision of up to 200 Coradia Nordic regional EMUs. This follows up the Norske Tog announcement from 17 December 2021 that six suppliers were qualified for the competition and Alstom Transport Norway and Alstom Transport Germany won after an overall assessment of quality and price.

Valued at over 1.8 billion EUR, the contract constitutes the most significant rail procurement in Norway’s history. The first firm order of 30 six-car trains was also signed, and is worth 380 million EUR. Building of Norske Tog’s new Class 77 EMUs is scheduled to start in 2023. The first ones will go to Norway for testing in 2024 and the first trains are expected to enter passenger service in 2025 on Østfoldbanen, operating a suburban and fast service, connecting Ski and Stabekk in the greater Oslo region.

The 160 km/h trains has been specially adapted to meet the needs of the Norwegian network. Each trainset will have a total capacity of 778 passengers,of them 294 seating (today’s trains there have between 238 and 303 seats). The seats will be very comfortable, in a 2 + 2 arrangement.

Large multipurpose zones make the train a suitable commuter train by allowing passengers to transport bikes and strollers, and have large areas for standing during rush hour, offering 40 % higher capacity than the older trains. We asked Alstom and Norske Tog for the technical data of the trains (axle arrangements, traction power, brake power, dimensions, weight). Norske Tog provided us with the detailed data as follows:

The trains will have one TSI PRM toilet, a WiFi internet and a passenger counting system. The Class 77 EMUs will be equipped with the latest on-board ETCS. Alstom will assemble them at its Salzgitter works. The project office with project and contract management, product commissioning, testing, documentation, training and warranty will be executed in Norway.

Iren Marugg, Legal Director of Norske Tog, said: „Norske Tog has assessed its suppliers on the basis of the environment, human rights and social responsibility. Among other things, we have carried out due diligence which has revealed that a subsidiary of Alstom SA was previously engaged in a collaboration to build light rail in East Jerusalem. In February 2020, Alstom was put on a list of companies with activities in occupied Palestinian territory by the UN High Commissioner for Human Rights as a result of the project.

Alstom has informed Norske Tog that a subsidiary is currently participating in a competition to build another part of the light rail in East Jerusalem. Alstom confirmed that it is conducting ongoing due diligence in connection with this project, that it follows the UN Guiding Principles on Business and Human Rights and that the company complies with international human rights legislation wherever it operates.

Norske Tog has obtained an external legal review and thorough assessed the matter, and has concluded that Alstom could not have been excluded from the competition. Norske Tog must follow Norwegian law. Within the framework of the law, we will do what we can to ensure that our suppliers act responsibly.“