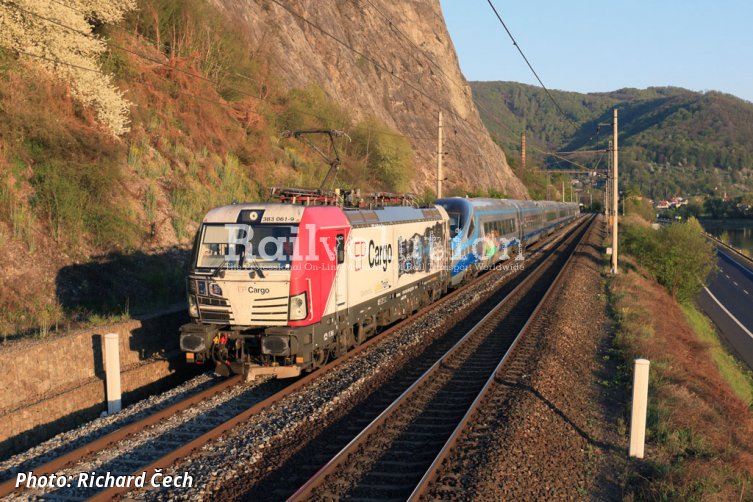 Following an accident during one of the test runs near München on the 8th of the month, the damaged Class ED 250-001 EMU was sent from Germany to Poland. Its journey was routed via the Czech Republic, using the Děčín - Praha - Olomouc - Bohumín main line, the reason being that it was initially planed to move the unit to Bohumín and permissions for the transport on this route were already arranged. Following the German testing programe, ED250-001 was scheduled to stay in the Czech Republic for the purpose of the procedure required for its approval for operation on the Czech network.

The transport was organised by European Railway Company Deutschland (ERCD), which also realised haulage on the the German section of the route. For the Czech and Polish stretches of the way, PRO-LOG, Wien was subcontracted, which asked LokoTrain to provide the haulage. Vectron 383.061 of EP Cargo Invest, the Lokotrain’s sister concern, hauled the Pendolino from Bad Schandau as far as Warszawa.