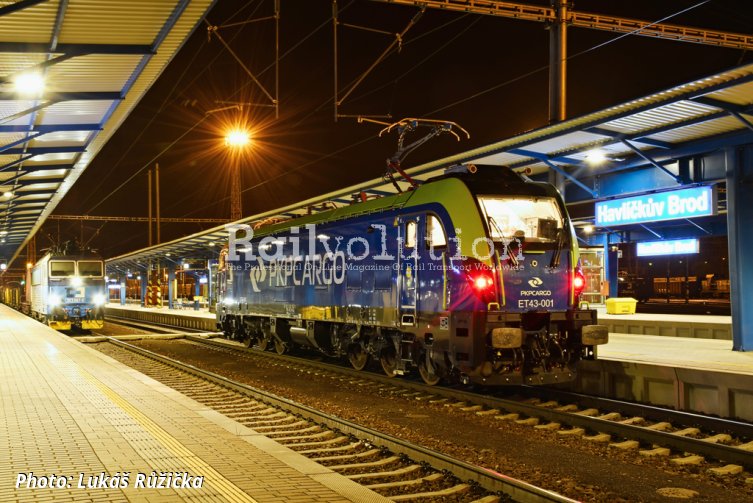 Following a test program at the Velim base (see here and here), the required tests on the public railway network were started with the locomotive ET43-001 (3 260 003).

On the night of 5 to 6 April 2022, pantograph tests took place in the Hrušovany u Brna - Modřice section. Subsequently, the program includes functional compatibility tests with axle-counters at the Třebušice station and test runs with a special focus on dynamic transience between sections with the national ATP (of LS type) and ETCS Level 2; these are planned especially in the Ostrava region, with individual runs to other locations.

The entire program of test runs is provided by METRANS Rail, which, however, does not mean any other possible connection, for example in the form of the intention to use these locomotives in its regular operation. This operator was chosen on account of its experience with testing of ETCS in service. Subsequently, this Dragon should move to tests in Slovakia.

PKP CARGO has ordered from Newag 24 machines of this class, which is a version for 3 and 25 kV voltages. These locomotives form part of a contract for a total of 31 second-generation Dragons, including seven of 3 kV DC-only Class ET26 (3 160) equipped with the Last Mile module, which the operator received as early as 2020.