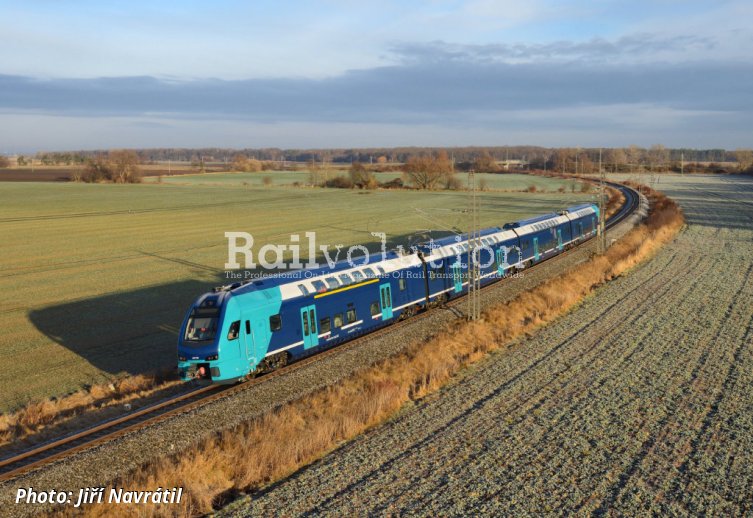 On 21 December 2021, the four-car KISS 445 116 arrived at the VUZ Velim test centre, followed by a second one, 445 117, on 18 January 2022. This is the first and second EMU of an 18-strong batch ordered from Stadler by DB Regio Nord in June 2019 for operation on the Elektronetz Ost (ENO) network in Hamburg and the area to the north-east. The trains are in the livery of NAH.SH (Nahverkehrsverbund Schleswig-Holstein), the public transport organiser in the state of Schleswig-Holstein.

The purpose of the stay of both KISSes at Velim were some type tests in the framework of the approval procedure, including EMC measurements. 445 116 has already left Velim on 31 January 2022, unit 445 117 will stay until the beginning of March for further type tests. After that, the test programme will continue on German tracks.