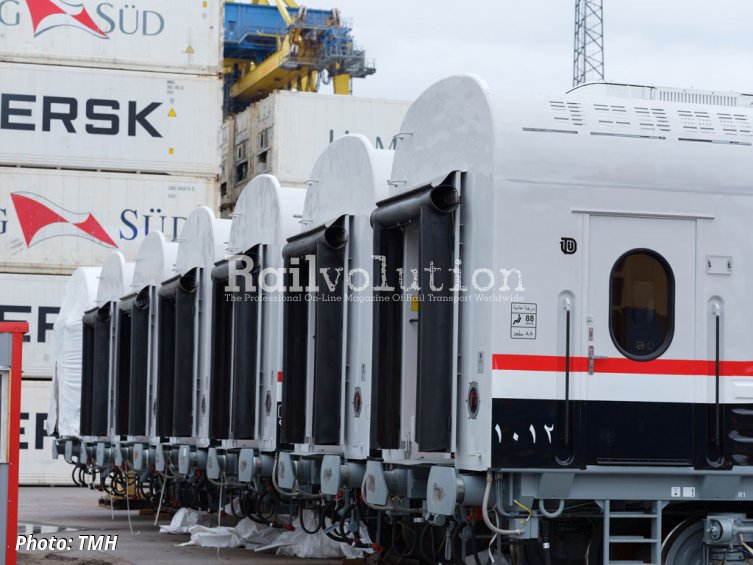 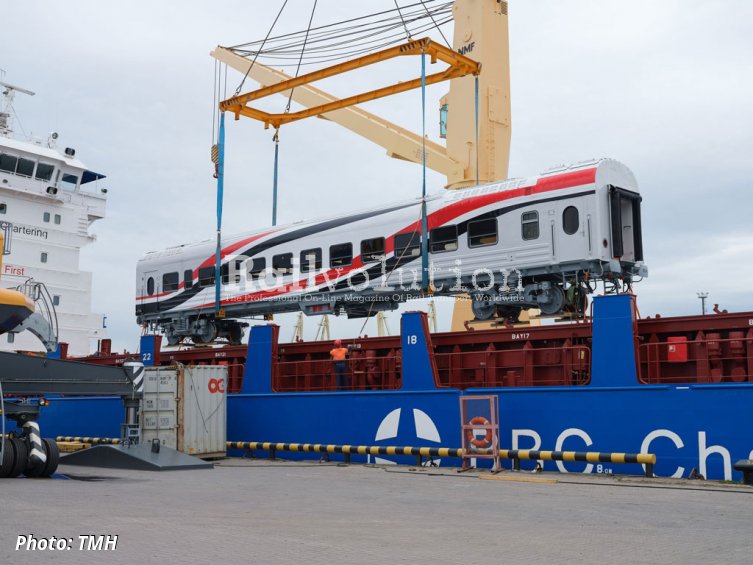 In late May 2020 TVZ started deliveries of the batch-built carriages for the Egypt National Railways, forming part of a contract for 1,300 cars signed in 2018. The first batch consisted of 32 Model 61-4514 third-class cars with 88 seats and the forced ventilation (i. e. without the HVAC). They were transported from Tver on a road trailer to the port of St. Peterburg, from where they continue by sea to Alexandria.

There, the consignments spread over several ships are to arrive by the end of June, after which TMH staff will prepare the cars and carry out the necessary adjustment work. Following arrival of the entire batch, there will be 33 TVZ-built cars in Egypt, these including one of the prototypes, which were previously tested in Hungary from February 2020.

This is a milestone in the contract worth over 1 billion EUR, which is important for TMH not only because the ENR carriages are the first passenger cars manufactured in Russia for a 1,435 mm gauge exported to a distant country, but also because it will allow TMH and its subcontractors to gain experience with components certified according to EU standards.

This is the largest export project of Transmashholding, but also the historically largest ENR order. Russian and Hungarian export banks are co-financing the contract, which is actively supported by the Russian government, the Russian Ministry of Industry and Trade and the relevant authorities of Egypt and Hungary, also because it is now one of the most important Russian-Hungarian cooperation projects. The production is divided between TVZ and DJJ (Dunakeszi Járműjavító).