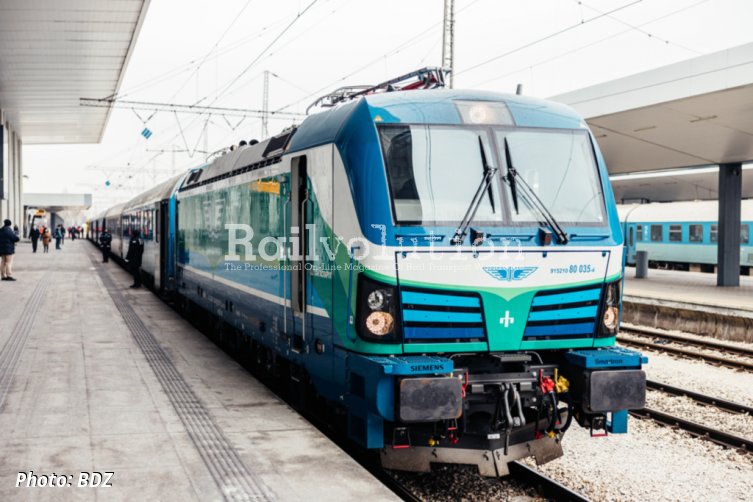 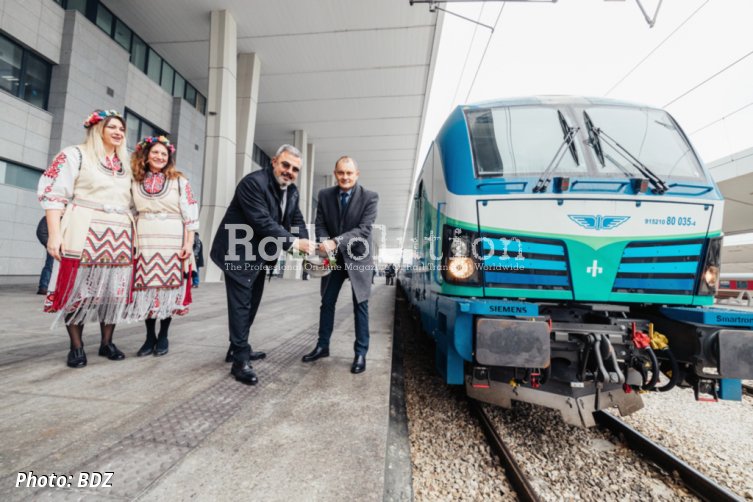 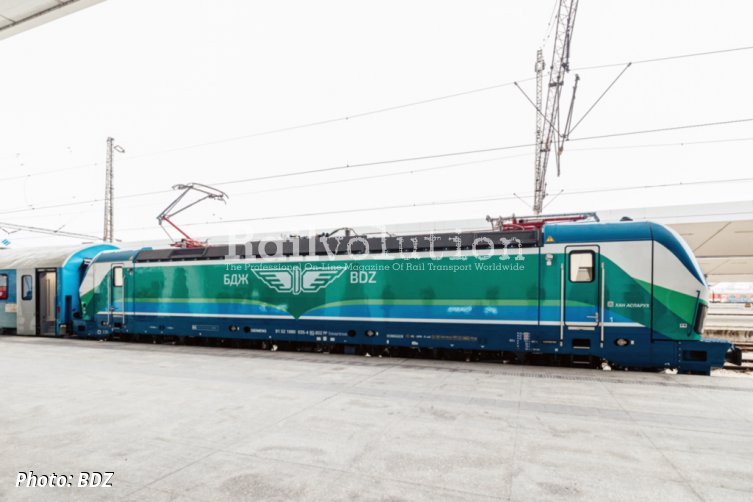 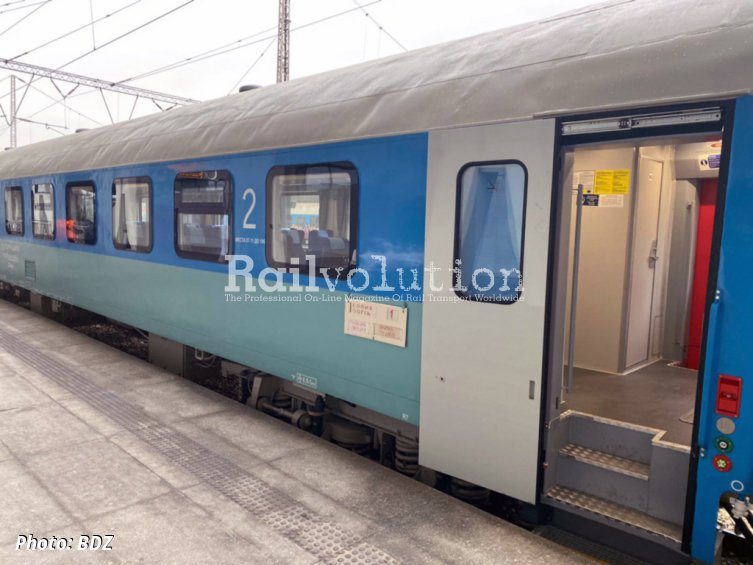 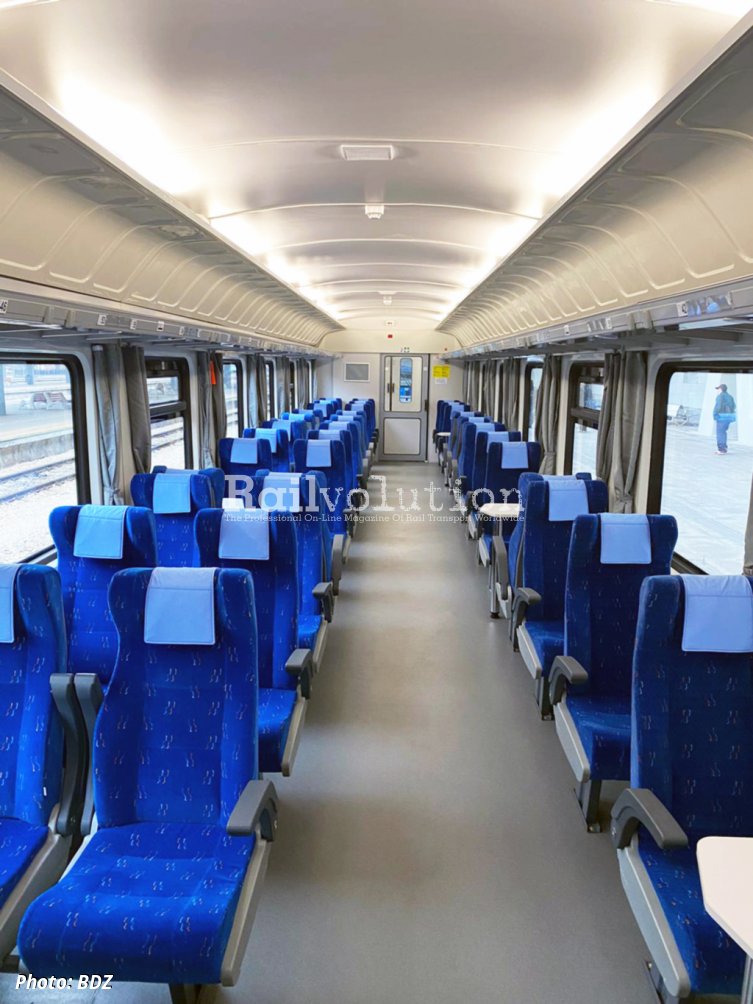 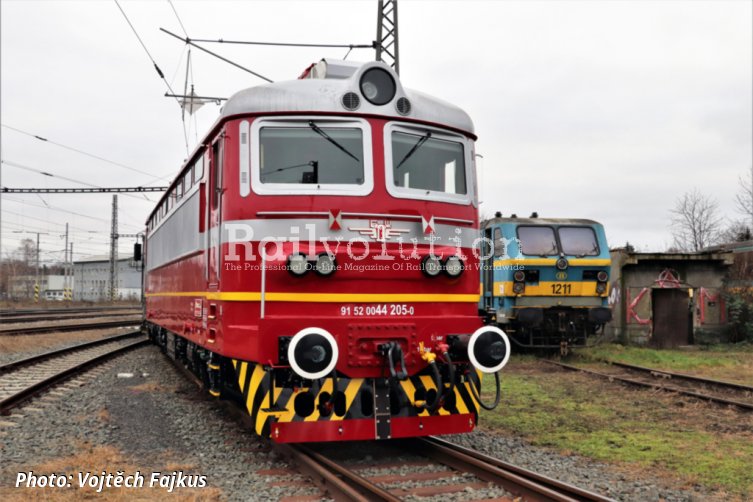 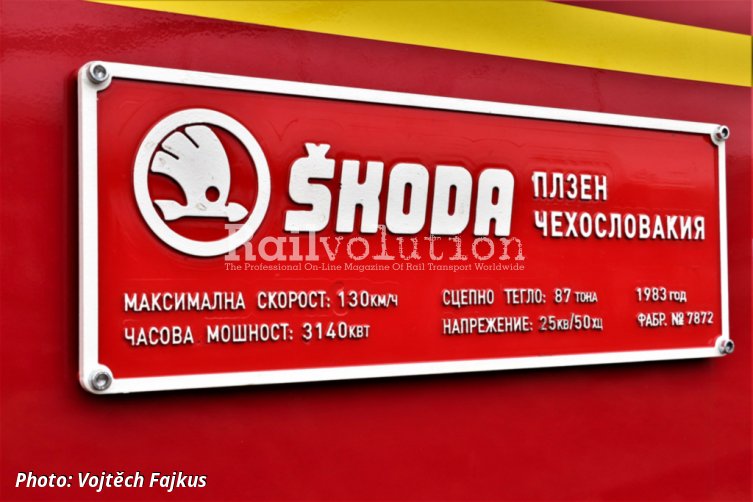 On 17 December 2020, Smartrons 80 035 and 036 arrived at the Sofia depot, becoming the first two of a batch of 15 locomotives ordered by BDZ PP (Putnicheski prevozi, passenger transport).

They were delivered earlier than originally planned (February 2021), and 80 035 hauled its first train on the Bulgarian network on the night of 18/19 December. It was a Sofia to Varna night service, where Smartron was diagrammed together with a Škoda-built Class 45 electric.

The five-car rake included the first four carriages (built in then East Germany) out of a total of fifteen, which will be modernised in Bulgarian works for the Sofia - Burgas and Sofia - Varna services, on which the first two Smartrons are now being used.

The inauguration was attended by the Minister of Transport, BDZ PP general director, Siemens Mobility Bulgaria general director, as well as the Mayor of Sofia and others. All of them took this train to the nearby Poduyane station (in the eastern district of the capital), which was rebuilt to meet current quality requirements. In 2019, 147,000 passengers (a daily average of about 400) passed through Poduyane station, with the district having about 86,000 inhabitants.

Based on a tender for ten locomotives, which was announced in December 2019, BDZ PP chose Siemens Tron in April 2020 with its Smartron offer. On 21 May 2020, a contract worth 55,544,816 BGN (around 27.9 million EUR) was signed which also includes the provision of technical support and the supply of spare parts for three years or until 600,000 km have been reached for each locomotive.

At the same time, the warranty was extended from 24 to 36 months and Siemens will also train BDZ maintenance and repair personnel. The first Smartron was to be delivered within 10 months and the last one within 13 months of signing the contract, i. e. from February to May 2021.

However, then failed the BDZ PP's April 2020 tender for the lease of five four-axle 25 kV locomotives with a maximum speed of at least 140 km/h and an output of at least 5 MW, intended as a medium-term measure for 24 months, with an option for another five months and a possible extending by one year. Therefore, BDZ PP ordered five more new Smartrons, which are to be delivered by the end of 2021. The entire batch will serve the main long-distance lines in the country.

The Smartrons will be named after the ancient Bulgarian rulers (khanes), and on the side of the driver's cab will be the appropriate QR code next to this name, which will allow smartphone users to learn more about the ruler. In addition, one Glagolitic character will be sticked to the front ends of each locomotive (under the BDZ logo) in honor of Bulgaria's rich history.

In 2020, also the main overhauls of 20 BDZ PP’s Class 44 and 45 locomotives started, in which operators TBD TP and Traktsia are the contractual partners, but the repairs were assigned to the ČMŽO Přerov works, Czech Republic (where 44 205 was the first one) and ŽOS Vrútky, Slovakia (the first one 44 088).