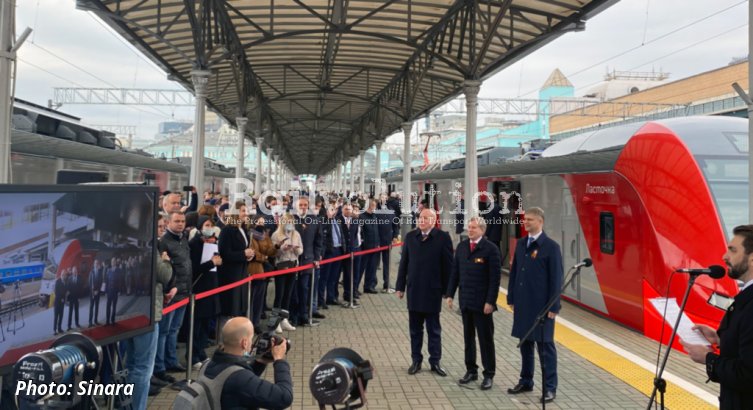 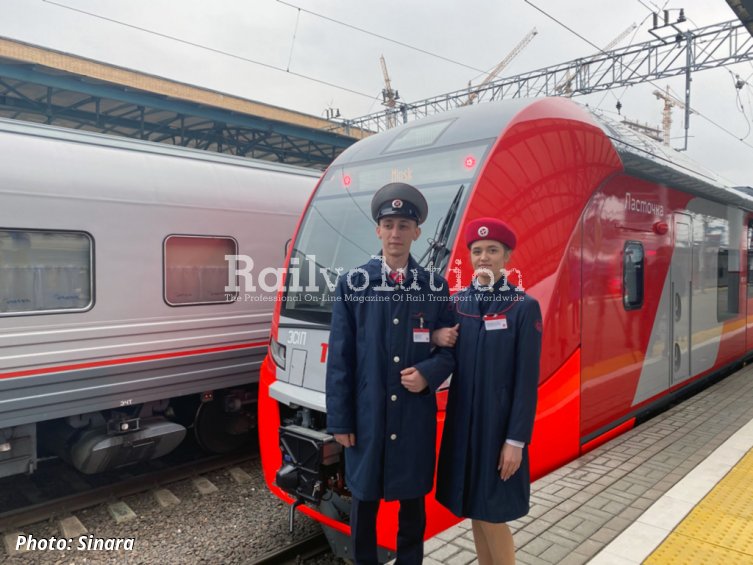 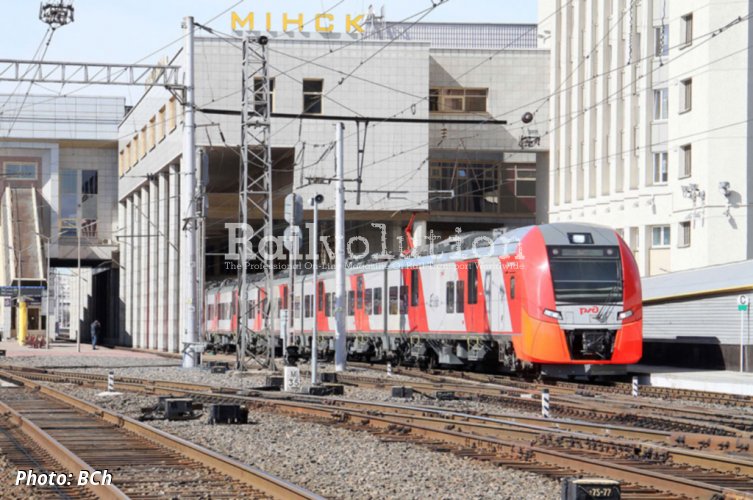 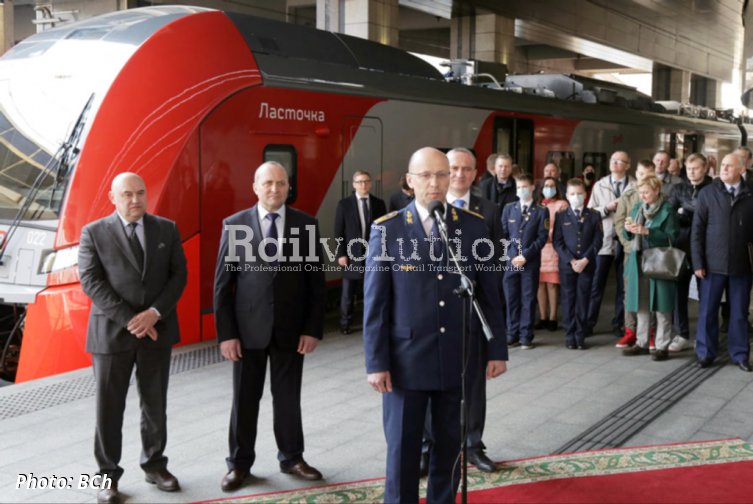 On 30 April 2021, FPK started new Lastochka regular services between the capitals of the Russian Federation and the Republic of Belarus. These are two train pairs on this 750 km long route, which have a mirrored timetable:

Because there is a 3/25 kV voltage contact station at Vyazma, about halfway between Moskva and Smolensk, the dual-voltage Lastochkas are used here. They are two five-car units, ES1P-022 and 023, which left the UL works in December 2020.

The simultaneous ceremonial departure of the first pair of trains, took place on 30 April, using a live broadcast, at the Belorussky vokzal (station) in Moskva (train 721 formed by ES1P-023), attended by RZD CEO Oleg Belozyorov, Russian Minister of Transport Vitaly Savelyev and State Secretary of the Economic Union of Russia and Belarus Dmitry Mezentsev, and at Passazhirsky vokzal in Minsk (train 718 formed by ES1P-022), attended by Belarusian Minister of Transport Aleksey Avramenko and BCh CEO Vladimir Morozov.

The Moskva - Minsk route thus became the first international Lastochka service, thus materialising an earlier plan, when in April 2013 a test run was carried out between the two cities with ES1-020, built at Siemens Krefeld works. Oleg Belozyorov added that all tickets for the first Lastochkas between Moskva - Minsk were sold out three hours after the start of sales, which indicates a great interest in this new service. Passengers can choose between business, economy and tourist classes.

The new Lastochka services, which run every day, have expanded the offer of existing long-distance night trains between the two countries, which currently include the following services:

In addition to them, between Russia and Belarus there are also night trains: