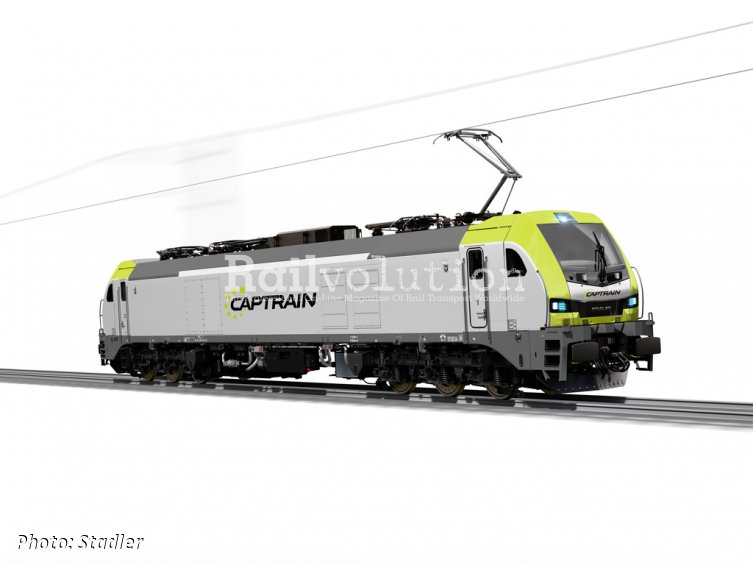 Captrain España (part of SNCF Group) and Alpha Trains have signed an agreement to lease up to 21 locomotives, while Alpha Trains and Stadler València have executed a frame contract for the purchase of unlimited number of these locomotives. Within both these contracts an initial order for 11 EURO6000s was confirmed. Five will be of a standard gauge and will be certified for the Spanish, French and Luxembourg networks, the remaining six will be equipped with bogies of an Iberian gauge. For the optional locomotives, the track gauge is not defined yet.

The 1,435 mm gauge locomotives will be used for hauling trains in Spain on three European rail freight corridors (North Sea Mediterranean, Mediterranean and Atlantic), starting from Barcelona and Tarragona and, later on, València and Bilbao. The machines equipped for an Iberian gauge will operate heavy freight trains in Spain on the new 25 kV electrified lines, and in particular, through the soon to be opened Pajares tunnel.

EURO6000 actually belongs to the same type family as EURODUAL and is basically of the same design, but not being fitted with the diesel equipment. The EURO6000 type is developed solely in a 1.5 / 3 / 25 kV triple-voltage version, featuring a 6,170 kW power under 3 kV DC and 25 kV AC voltages and a 4,100 kW power under 1.5 kV DC. Its starting tractive effort is 500 kN, like at EURODUAL, and so will roughly be the locomotive weight, around or above 121 t. This means that there is a new type of six-axle electric locomotive available on the European market, where this kind of locomotives is currently being only rarely offered.

All the EURO6000s will be manufactured at the Albuixech works in València, their delivery is planned for the second half of 2021, starting with the five 1,435 mm gauge locomotives.

This order is the outcome of the close cooperation between the engineering teams of Stadler València, Captrain España, Alpha Trains and SNCF, which has been ongoing for a substantial period of time. This cooperation has permitted to design this new type of locomotive that will allow the haulage of heavy freight trains (over 1,800 gross tonnes) on the Mediterranean corridor in Spain, currently under construction in standard gauge.

This corridor has very specific operating and technical conditions, concerning power supply (three different voltage systems) and signalling (three different signalling systems), in addition to very demanding operational constraints, as it is a mixed high-speed passenger and heavy freight trains line. The new EURO6000 standard gauge locomotives will use all three voltages, as all the Spanish lines enabling both 1,435 and 1,668 mm gauge using the third track continue to be electrified at 3 kV DC, while in France 1.5 kV DC and 25 kV AC are standard.

Back in 2008, COMSA Rail Transport (a Captrain España predecessor) and Alpha Trains also were the launching customers of the successful EURO4000 locomotive, of which more than 130 have been delivered since then. In 2018 Alpha Trains also acquired nine EURO4001 locomotives to be operated in France and Belgium, and will now expand a portfolio of Stadler-built locomotives with the purchase of these triple-voltage EURO6000s.