FLIRT EMUs For The MoselLux Network 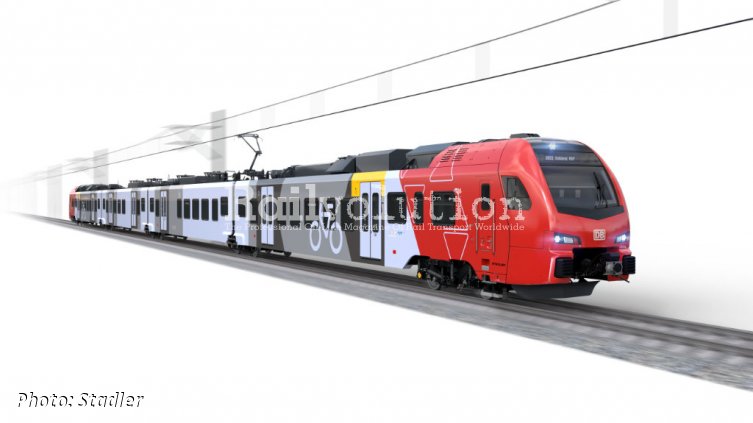 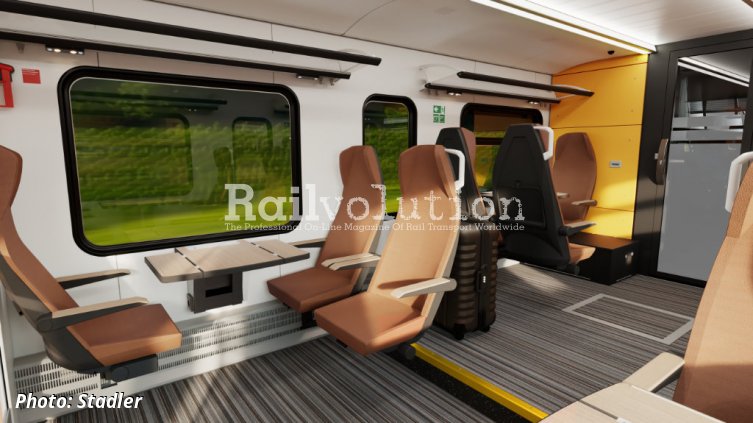 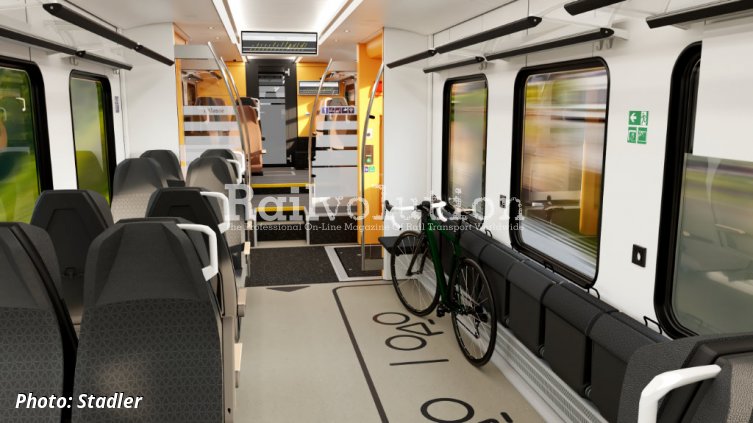 On 9 August 2022, Stadler and DB Regio have signed a supply contract for 19 FLIRT XL EMUs for use on the MoselLux network. FLIRTs with extra-long cars are scheduled to enter passenger service on the Moselle line Koblenz - Trier - Perl and Koblenz - Kaub as early as the end of 2024. After the completion of electrification, envisaged for 2029, the vehicles will also be used on the 13 km long Moselweinbahn (Moselle wine line) between Traben-Trarbach - Bullay.

The four-car trains have room for 507 passengers, 245 of them seating. 20 seats with greater seat spacing are located in 1st class. The fully air-conditioned FLIRTs will have passenger WLAN. A special feature is the one-way principle for bicycles in the two end cars, each with two doors on each sidewall. Already recognisable from the outside by the corresponding painting of the train, bicycles can thus get on at one marked door and get off at the next one quickly and without any obstacles in the train.

With seven doors on each sidewall, the trains allow for comfortable and safe boarding or alighting and thus ensure a quick passenger change overall. The vehicle, which can be accessed without steps between the first and last door, is equipped with a disabled-friendly toilet and another toilet in the mid car.

Jure Mikolčić, CEO Stadler Germany, said: „We are proud to be able to deliver further innovative units to DB Regio for use in Rhineland-Palatinate and as far as Saarland, just a few months after being awarded the contract for FLIRT BMUs for the Pfalz network. The vehicles for the MoselLux network will be developed and built within a short period of time so that they will start passenger service in December 2024.“

DB Regio will serve the MoselLux Network following an international tender „Mosel-Lux-RB“ announced in October 2020. This was invited by SPNV-Nord (Zweckverband Schienenpersonennahverkehr Rheinland-Pfalz Nord, Rhineland-Palatinate North Rail Passenger Transport Association) and included award of services in regional passenger transport for the RB 81, RB 82, RB 83, RB 85 lines. The four Regionalbahn-Linien (regional railway) have the following route and operational stages:
- RB 81 (from Decembe 2024): Koblenz Hbf - Cochem - Wittlich Hbf - Trier Hbf (discontinuation of the additional runs in the Koblenz - Cochem section from December 2029 and transfer to the services of RB 85),
- RB 82 (from December 2024): Trier Hbf - Perl,
- RB 83 (from December 2024): Wittlich Hbf - Trier-West - Luxembourg (provision of the SPNV service only in the German section Wittlich Hbf to Luxembourg national border),
- RB 85 (from December 2029): (Koblenz Hbf -) Bullay - Traben-Trarbach. This line runs in an independent contract Moselweinbahn until December 2029 and shall then be integrated into the local Mosel-Lux-RB contract in the future. In addition, the service is to be extended to Koblenz every two hours, resulting in a future route for RB 85 Koblenz Hbf - Bullay - Traben-Trarbach. In the section Pünderich to Traben-Trarbach it is still open whether the line will be electrified. The RB 85 line also includes the additional services of the RB 81 Koblenz - Cochem,
- Additional RB services (from December 2025): Koblenz Hbf - Kaub.

The public transport authorities intend to allow the use of new and used vehicles on RB 81, RB 82 and RB 85. The rolling stock required for RB 83, which must be multiple-voltage due to the cross-border services, has been procured by Luxembourg state railway CFL and will be handed over to the railway undertaking to be selected within the framework of this award procedure. These vehicles must be used on RB 83.

On the Luxembourg section of the route, the regional passenger transport services are provided by the CFL. The contracting parties concerned will conclude a multi-party contract in which, among other things, the transfer of use to the railway undertaking to be selected, the financing of these vehicles, the joint cooperation of the railway undertakings in the management of operations and in the deployment of personnel and the implementation of quality assurance for the transport service in question are stipulated.