Groningen Province To Switch To HMUs 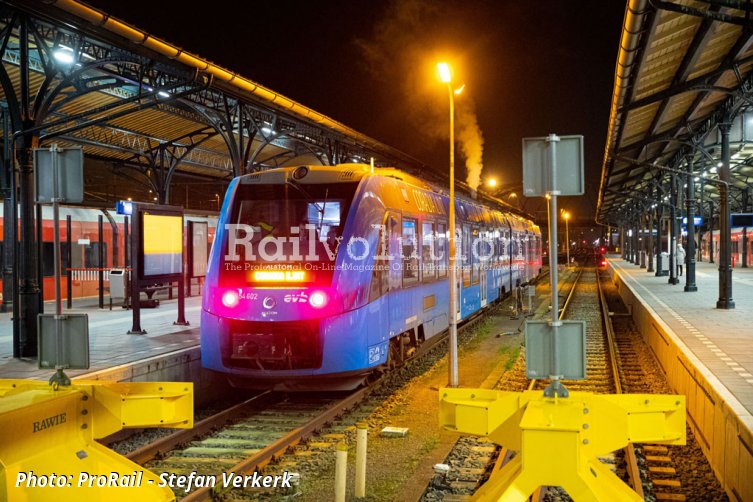 In late September 2020, the Dutch Provincie Groningen, being regional transport authority, has decided that diesel trains operating the services under the regional concession will be replaced by hydrogen trains. The decision is taken based on an evaluation of the test with the Coradia iLint by Alstom, regional train operator Arriva Nederland and Dutch infrastructure manager Prorail in early 2020.

Evaluation results were taken by the Province of Groningen as very positive. Now the regional government wants to involve stakeholders and change from diesel operated train service to HMUs. Introduction should start by new developments, such as expansion of the existing or new train services. In particular the Province of Groningen ‘thinks off’ the regional service between Groningen (city) and Stadskanaal or the international operations called Wunderline into Germany as far as Leer (after the bridge across the Ems has been reinstated).

The iLint HMU conducted trials between the cities of Groningen and Leeuwarden in a two-week period. During nights the train operated like the timetables for regional and fast train services various times. It is reported that the train was very capable operating this way as Arriva Nederland service during day time and that riding performance was good. The fuel consumption was as expected and fueling was quicker than expected while keeping safety standards. It is reported that the train is 50 % more silent than the GTW DMUs, operating there at present.

Seeing hydrogen trains as full alternative for diesel powered trains, the Province of Groningen plans to start a tender for HMUs in 2021. However, the regional government has to arrange finances first and the train must have received the ‘Authorisation to Place in Service’ for the Netherlands. If the plan can be carried out, the first HMU might start operating between Veendam and Stadskanaal.

The Province of Groningen is ‘keen’ on hydrogen and is participating in a project for establishing a large hydrogen producing plant in the Eemshaven, a port on the North coast of the Netherlands. From this perspective the regional government opts for introducing hydrogen as energy for regional train services and other public transport.