Hitachi: The Hyperloop Capsule To Be Tested Using Digital Signalling Software In The Cloud 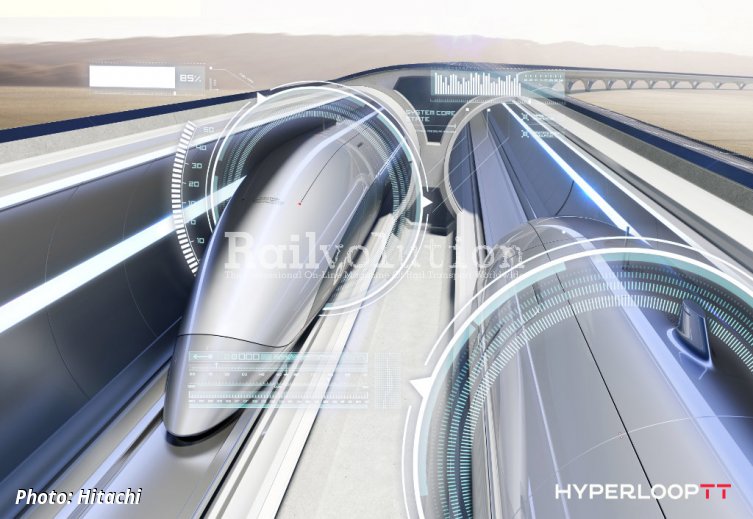 Although the Hyperloop system is technically and physically nonsense, as we have detailed here and here, and although no real results have been achieved so far after many years of research and trials, nor have any of the contracts signed around the world so far been realised, more and more companies are appearing to be involved...

On 23 June 2022, Hitachi Rail and HyperloopTT announced that they „have achieved an important milestone towards the commercial running of the innovative system - that will be able to run at speeds of up to 1,200km/h - with the completion of proof of concept for a cloud-based ERTMS signalling system for HyperloopTT’s capsules. Working from Hitachi Rail’s site in Naples, Italy, the partnership has successfully created a digital simulator that allows for the integrated testing of the traffic management, the signalling and some of the physical safety requirements of the hyperloop system - and is now developing an interface with HTT’s simulators for functional integration.

By replacing the capabilities of complex physical equipment with cloud-based software, the solution offers greater reliability, greater flexibility in deployment, cuts maintenance costs and is more sustainable. The simulator can also help to make HyperloopTT more efficient by automating repetitive tasks and detecting and managing potential disruptions, instead of reacting to events as they occur.

The partnership is based on the ERTMS and ETCS Level 2 technology to simulate the regulation and control of capsules moving at very high speeds. ERTMS has the benefit of being used and recognised internationally, making it highly interoperable, thereby allow HyperloopTT systems to operate safely across the world without the need to create new standards.

Having completed the simulation model the next step in the process would be to digitally integrate both the signalling infrastructure and the cloud-based model for the physical capsules. This would open the door to moving to physical testing of the whole system at HyperloopTT’s test track in Toulouse. Hitachi Rail originally announced its technology partnership with Hyperloop Transportation Technologies (HyperloopTT) in December 2020 with the objective to integrate hyperloop’s capsule traveling system with Hitachi Rail’s industry-leading signaling technology, ERTMS.“