Hrochostroj Buys An EffiShunter 1000 With ETCS 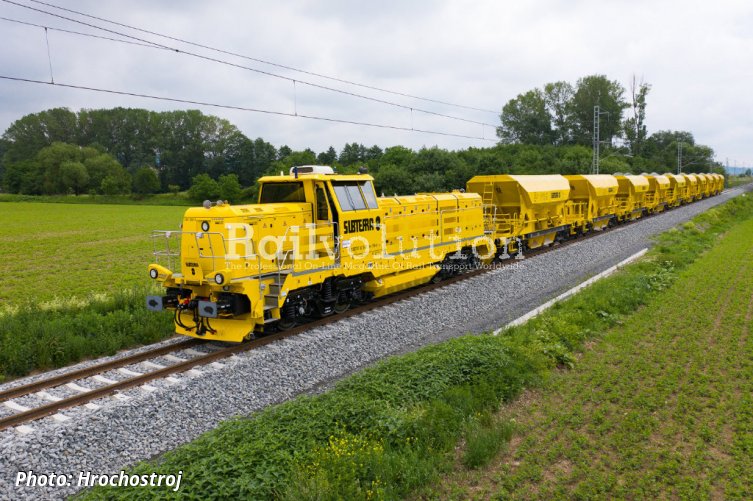 Hrochostroj (part of the enteria group) has become the second Czech company operating in the railway construction industry to decide to acquire its own locomotive, the EffiShunter 1000. According to the contract signed with CZ LOKO on 24 June 2022, Hrochostroj will receive a machine equipped with the on-board ETCS in mid-2024.

This will enable the company to operate on those corridors on which operation only under ETCS is to be introduced from 1 January 2025. The locomotive will be used on track renewal and maintenance trains, for hauling trains with construction materials, for the transport of track-side machinery between construction sites, and for shunting.

Last year, Subterra responded to the progressive introduction of theETCS in the Czech Republic by placing an order, and in April this year it became the first Czech private operator of the EffiShunter 1000 with the ETCS OBU. The maintenance of the locomotive is taken by CZ LOKO.

Jan Kutálek, CZ LOKO Sales Director, adds: "The operation of trains only under the ETCS supervision will gradually be extended to other lines. This is a European trend, also visible in other countries. Here, too, we have already concluded contracts with companies involved in the construction of railway infrastructure."