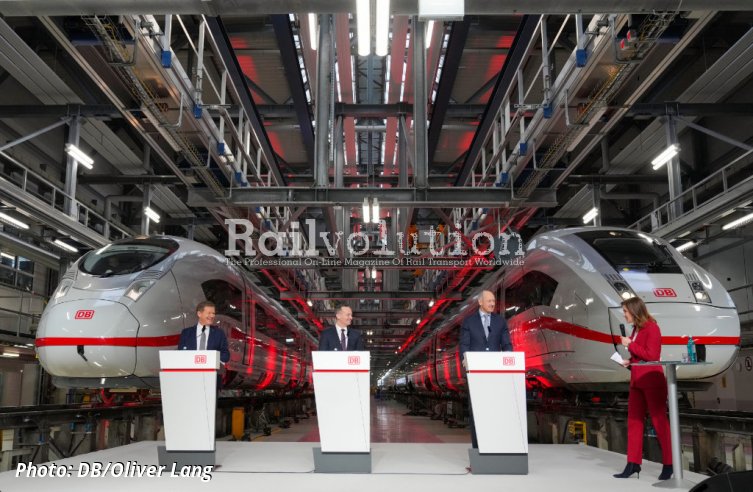 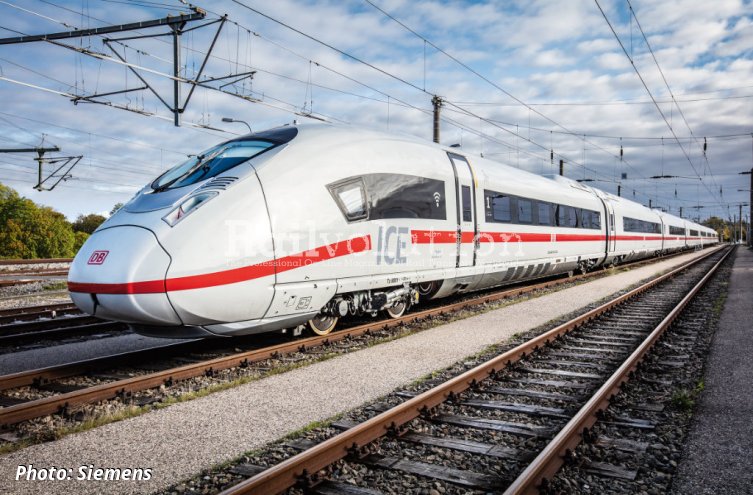 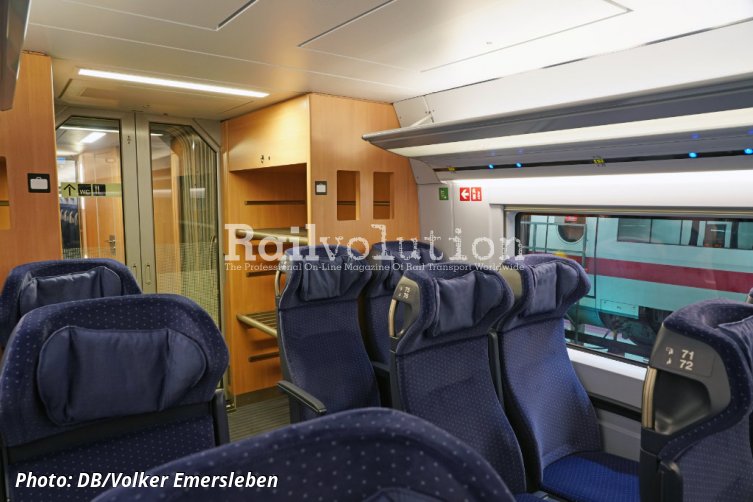 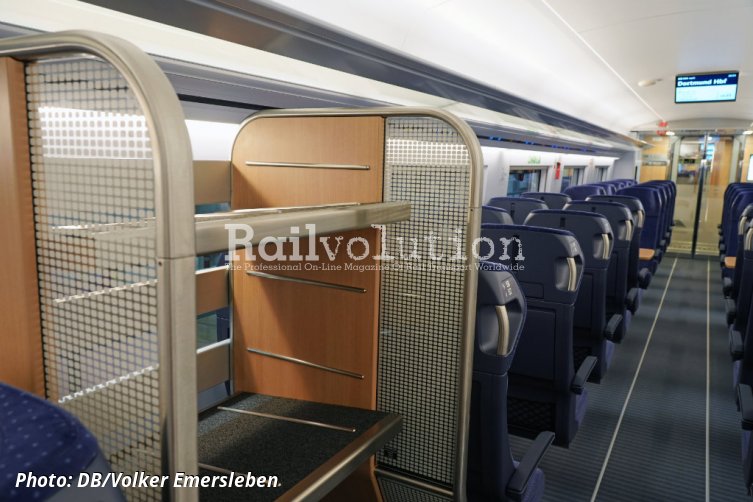 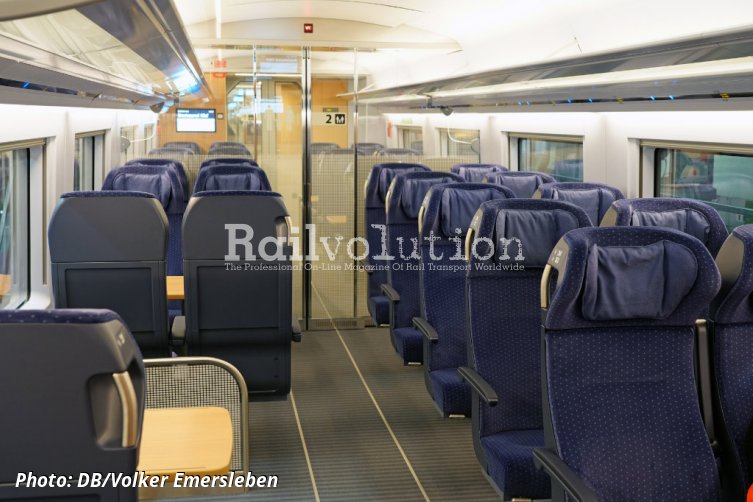 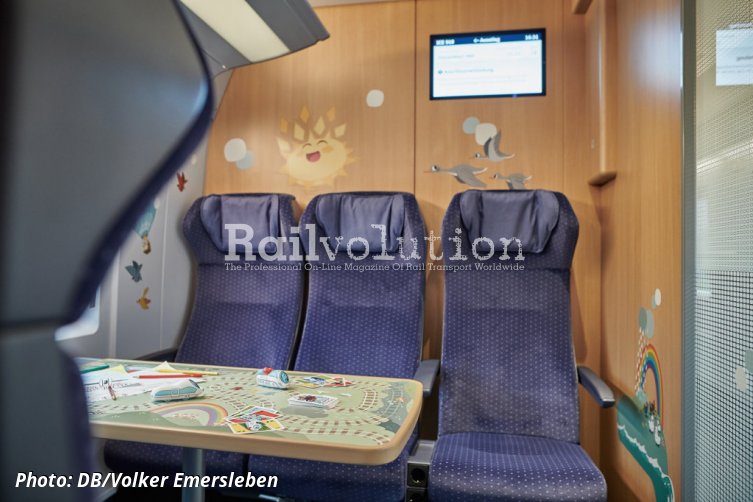 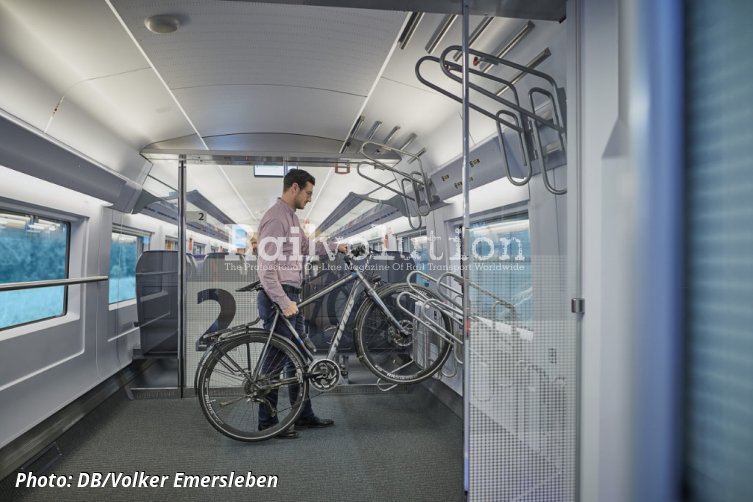 On 1 February 2022, DB and Siemens presented 408 003, one of the ICE 3neo high speed trains. Simultaneously it was announced that DB is buying 43 additional ICE 3neo HSTs from Siemens for around 1.5 billion EUR.

With this order, DB is expanding its ICE 3neo fleet to 73 units, following the order for 30 trains from July 2020, which included an option for up to 60 trains. At that time the most important requirement for the new order was to get the trains on the rails very quickly - therefore the Velaro D has been chosen. The first train, 408 001 which started testing in August 2021, was built at the Krefeld works in the record time of just 12 months - faster than any other ICE in the past.

The first ICE 3neo is scheduled to enter passenger service in December this year. The new trains will initially operate between Nordrhein-Westfalen and southern Germany via the Köln - Rhein/Main HSL. Basically, the Class 408s will primarily operate longer services, where their maximum speed of 320 km/h can be used, while the ICE4 fleet with a maximum speed of 250 km/h (or 265 km/h now), will operate services with lower speeds and more frequent stops.

While the Class 403 and 406 ICE 3 EMUs were built by a consortium of Siemens with Bombardier Transportation, the Class 407 Velaro D was fully developed by Siemens. For the first time, the latter was in charge of the approval process for these trains. In December 2013, the EBA authorised the Class 407 for operation - also in multiple - on the DB network. Passenger operation started on 21 December 2013. Authorisation of Class 407 in France for single operation running was obtained on 1 April 2015. Since June 2015 these trains have been travelling from Germany to Paris in regular passenger service.

The most recent 43 Class 408 trains are designated Velaro MS, being quadruple-voltage units, having traction equipment for 1.5 and 3 kV DC and 15 kV 16.7 Hz with 25 kV 50 Hz AC, while the first batch of 30 Class 408 as well as the Class 407 ICEs were designated Velaro D, which also have traction equipment for four European main voltages. The Class 408 units will be authorised for operation not only in Germany, but also in Belgium and Netherlands.

The Class 408 ICEs provides numerous innovations for enhancing passenger comfort:
- special window glass to ensure stable mobile phone reception,
- eight bicycle spaces in each train,
- redesigned luggage racks providing more storage space,
- lighting with changing color tones depending on the time of day,
- tablet holders and power sockets at all seats, including the 2nd class,
- 11 doors on each train sidewall for faster boarding and alighting at stations, and one separate door for wheelchair users, with a new power lift.

With this increase in its fleet, DB will have the capacity to meet the requirements of the clock-face timetable (Deutschlandtakt) for nationwide service planned for 2030. This will bring DB another step closer to the Governemnt goal of doubling the number of rail passengers in the next eight years.

We asked Siemens, how many Class 408 ICEs were built until now, and how many of them are expected to start passenger service in December. The manufacturer answered us: "We’re not communicating these figures yet."