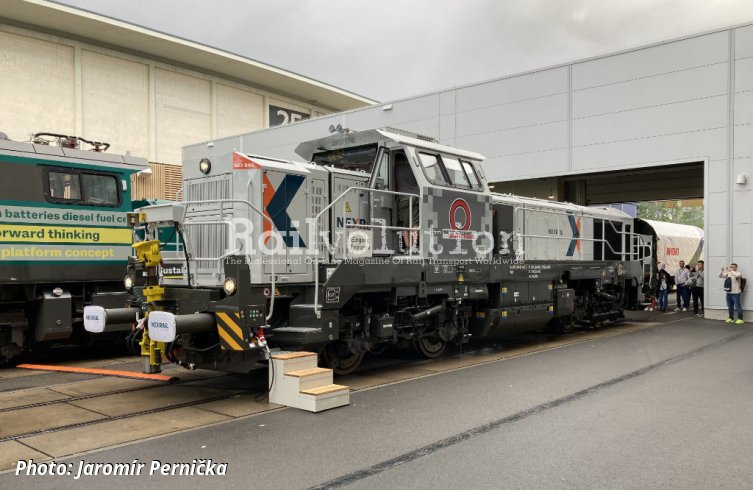 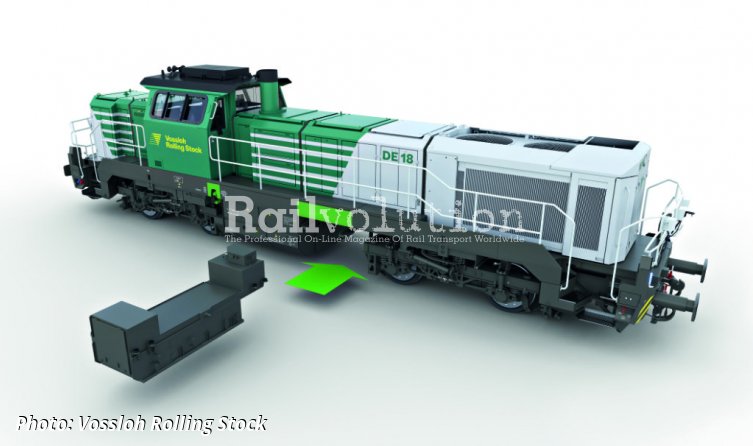 Although Vossloh Rolling Stock has made significant strides towards dual-power and emission-free locomotives (with the exception of hydrogen locomotives, which it evaluates to be too complex and expensive), it is not abandoning diesel locomotives for the future, as they are difficult to substitute in some applications.

That's why this year the dieselelectric locomotive DE 18 fitted with a 1,800 kW MTU diesel engine, was again on display, like at InnoTrans 2018. The principal diference was that before four years the DE 18 exhibit was a French version, but the InnoTrans 2022 locomotive (built 2020) was the German DE 18 version.

The locomotive is destined for Nexrail, its driver's cab wears the logos of VLO (Verkehrsgesellschaft Landkreis Osnabrück), which has signed a five-year lease contract for this machine from December 2022 and for which this vehicle with a Euro V-compliant engine will replace an existing older machine of the same type.

Also this year, Vossloh Rolling Stock presented the SmartHybrid module, an optional auxiliary battery system that allows up to 1 hour of shunting without local emissions. The purpose of this design is to simply fit the batteries without a direct power connection to the diesel engine, so that the two power sources always operate independently (and for the same reason, the batteries cannot be recharged during the run from the electrodynamic brake). It would be more accurate to use, for example, the name DE 18 Last Mile, although for a diesel locomotive with battery range on the "last mile" it is in the opposite sense to an electric locomotive with auxiliary diesel genset.

In this way, the battery modules, which are located in the space of the 1,000-litre auxiliary diesel tank, can be easily replaced. A lithium-ion battery is used, which can be recharged from an external power source when the locomotive is stationary and, if necessary, by fast charging from the locomotive's diesel genset. The battery has a nominal capacity of 73.6 kWh, can draw 184 kW of continuous power and up to 592 kW of short-term power, allows up to 7 000 charging cycles and has a service life of 8 - 10 years depending on the frequency of use. The total weight of the locomotive does not exceed 84 t.