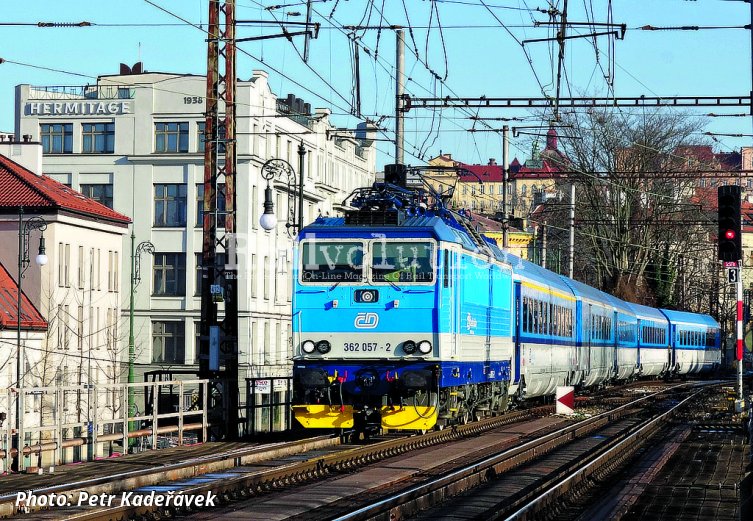 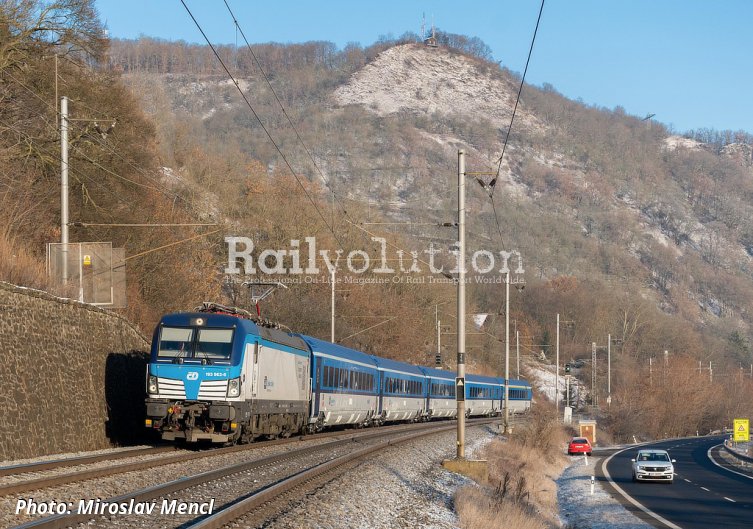 A significant new feature of the ČD’s 2022 timetable is the use of five-car non-powered InterJet units. A total of ten rakes will soon fully cover the diagrams of the Ex6 „Západní Expres“ Praha - Plzeň - Cheb and R 15 „Krušnohor“ Praha - Ústí nad Labem - Cheb lines. They were manufactured by the SIEMENS-ŠKODA consortium: from the Siemens Mobility Wien works the painted and partially fitted-out bodyshells were delivered, together with the bogeis from the Graz works, the final assembly took place at Škoda Vagonka in Ostrava.

The approval process was carried out by Siemens Mobility Austria at the ERA in Valenciennes in accordance with the 4th railway package. For all the four car classes in question, i. e. Bmpz, Bbmpz (intermediate cars), Bdmpz and Ampz (end cars), ERA issued permits for operation in the Czech Republic for eight sets on 11 November 2021 and for the remaining two on 24 November 2021. Subsequently, a request was made to extend the approval of all InterJets to Slovakia, Hungary, Poland, Austria and Germany. This approval is currently underway and is expected to be completed in the first months of 2022.

The approval for the Czech Republic has therefore opened the way for the deployment of InterJets in passenger service; by November, nine sets had been built (the last one was completed in December) and were in various stages of testing. So on Wednesday of 8 December 2021 the first two units - 04 and 05 - were taken over by ČD, and 05 entered service on the Ex6 line from 12 December 2021, used daily on two Praha - Plzeň - Cheb services.

All ten of these non-motorised units are dislocated to the Cheb depot. On the Ex6 Praha - Plzeň - Cheb line they are hauled by the 140 km/h Class 362 locomotives. On the R 15 Praha - Ústí nad Labem - Cheb line, the Class 362s are used only between Cheb and Ústí n. L., while between Ústí n. L. and Praha the 160 km/h Class 371 locomotives are diagrammed, which allows trains to achieve a higher speed on the corridor (the maximum speed of InterJets is 200 km/h). On occasion, however, Vectrons are also used instead of 371s, which gives these trains the hallmark of complete modernity, as shown in the second photo.