InterJet For The First Time In Slovakia 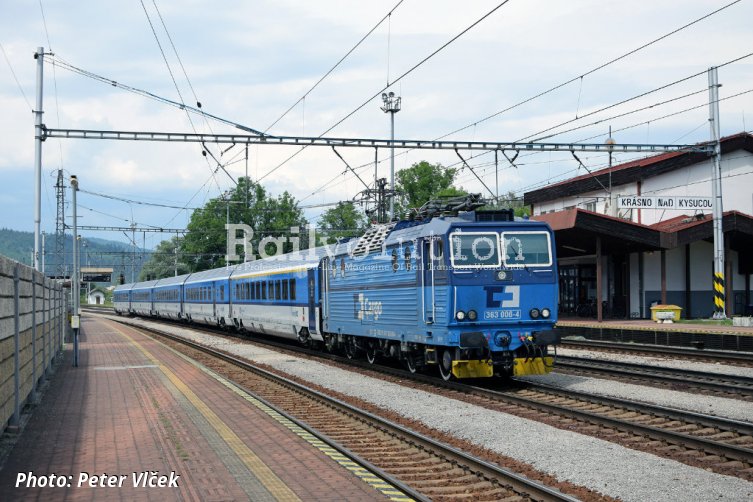 On 20 June 2022, an InterJet rake was exceptionally deployed on the EC 141/140 „Ostravan“ Praha - Žilina and Žilina - Praha services. This was the first use of these non-powered five-car Viaggio Comfort units on the route to Slovakia (and abroad in general). However, this was due to a technical problem on the diagrammed locomotive and a standard rake of passenger cars.

The EC 141 Praha - Žilina service was affected by several complications: a delayed departure from Praha, the use of the ČD Cargo’s Class 363 electric instead of the ČD’s Class 151 (and therefore with a top speed of 120 km/h instead of 160 km/h) and repeated emergency stops after the ATP applied the emergency brake. This all resulted in the roughly 50-minute delay in Žilina.

Due to a lack of the Class 151 locomotives, ČD is currently using two ČD Cargo’s Class  363 machines. This situation is not related to the current ECM issue, but mainly to the lack of wheelsets at DPOV (ČD’s repair works), preventing the completion of locomotive periodic repairs.

It was on EC 141/140 services that ČD had planned to regularly deploy InterJets since the recent timetable change in June, but in the end this plan was postponed indefinitely, including the ZSSK train crews' training scheduled for early June. ČD did not want to comment on the reason, but it is believed to be an administrative matter limiting the working of InterJets there. Until now the latter are used on the domestic „Krušnohor“ Praha - Ústí n. L. - Cheb and „Západní expres“ Praha - Plzeň - Cheb services.