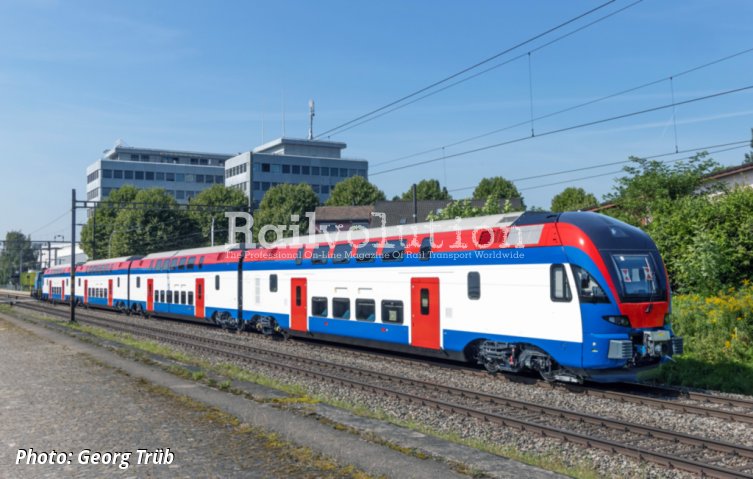 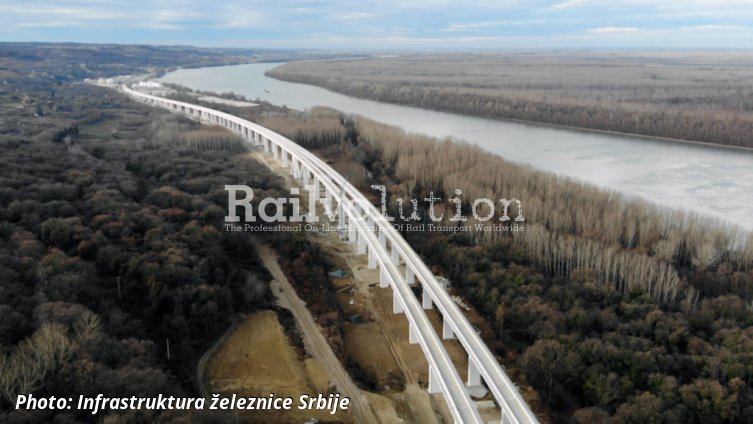 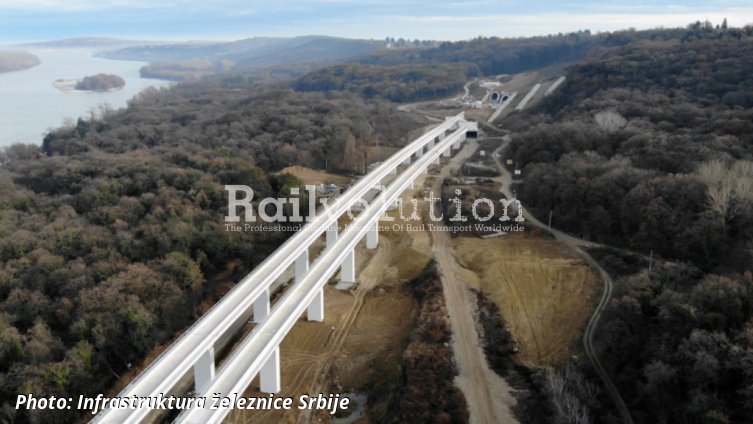 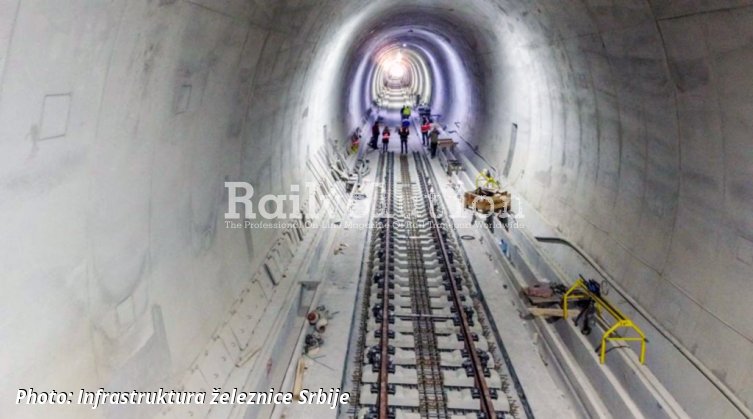 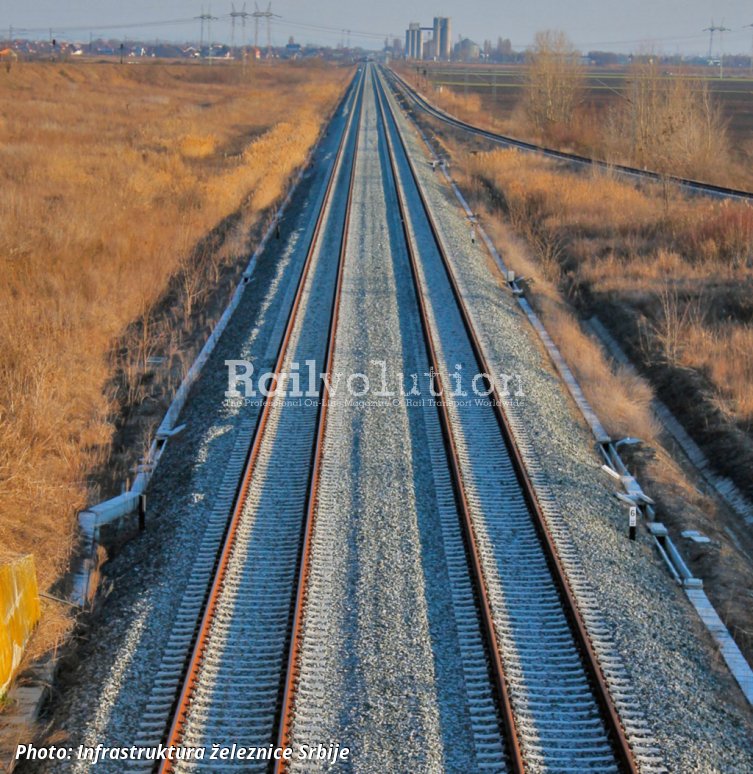 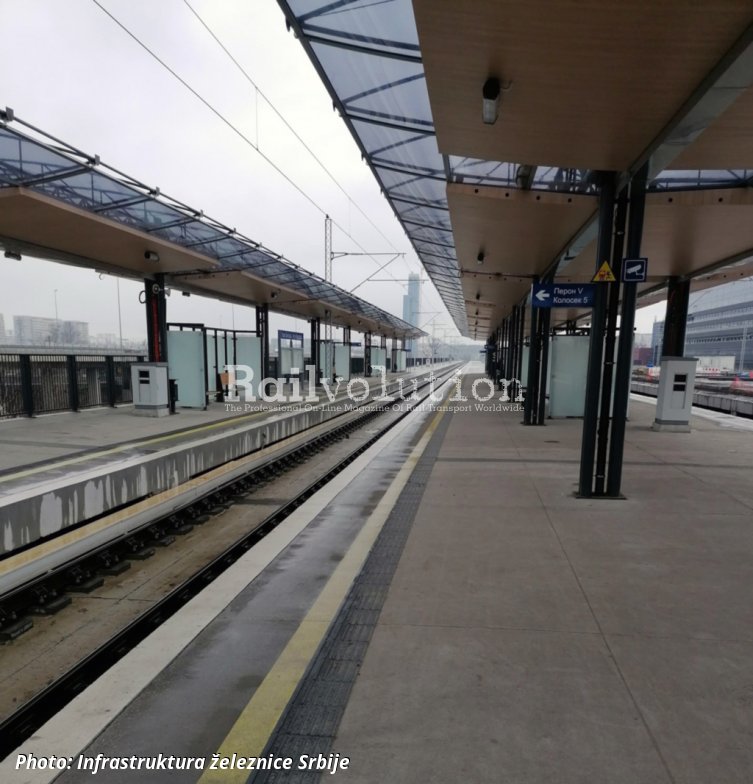 Serbian railways became a completely new KISS client this year. In February, Srbija Voz launched a tender for three four-car double-deck EMUs for the Beograd - Novi Sad line, which is being upgraded by Chinese and Russian companies for 200 km/h and is due to be completed by the end of this year.

Thus, units with a top speed of 200 km/h for the 25 kV 50 Hz voltage and with a minimum power of 4 000 kW and a maximum of 6 000 kW were required. The length of the train was to be 100 m ± 5 m, the axle arrangement Bo'Bo' + 2'2' + 2'2'+ Bo'Bo' and a maximum axle-load of 22,5 t. The capacity was set at 300 seats (first + second class) with a variance of ± 5 seats and at least two places for wheelchairs. There shall be at least three toilets, one of which in accordance with the TSI PRM. The technical equipment includes a PZB ATP and the on-board ETCS Level 2 Baseline 3. The essential requirement was the shortest possible delivery time of the trains.

The deadline for submitting tenders was set for mid-March. Stadler Rail was the only bidder and was awarded the contract worth 62.2 million EUR (including VAT) on 5 April 2021. Stadler was one of the few (if not the only) company able to meet the particularly short delivery times, as the first unit was due to arrive in Serbia in October and the remaining two by late 2021. We asked the Srbija Voz why the tender in question was announced so late, but we did not receive an answer despite urgings.

To this end, three KISS EMUs from the batch currently being built at the St. Margrethen works for WESTbahn were taken out, shortened to four-car sets, and the 15 kV 16.7 Hz traction equipment was modified for 25 kV 50 Hz. The resulting train has 316 seats, two wheelchair spaces and five WCs (four standard and one TSI PRM toilets). With a continuous power of 4,000 kW, it also meets the other parameters set in the tender specifications. The first KISS was completed in August and is shown on 8 September 2021 being transported from the IBS Erlen centre to Beograd.

The new KISSes will be designated Class 410/418 (the end cars/intermediate cars), Nos. 001 to 003, according to the Srbija Voz scheme. They will be approved by the Serbian railway directorate (Direkcija za železnice). They will be dislocated at the Beograd-Zemun depot in the north-west of the capital, like the 21 Class 413/417 four-car FLIRT EMUs, and are scheduled to enter regular service from February 2022.

The new KISSes are to be put into service from February 2022 on the above-mentioned upgraded („brza pruga Beograd - Novi Sad“, fast railway) line kinking the two largest cities in Serbia. The line was closed in February 2019 due to the reconstruction and since then passengers between the two cities have to use bus substitution.

The 34.5 km Beograd - Stara Pazova section is being built by China Railway International and China Communications Construction Company (CCCC). The value of the project is 350.2 million  USD, of which the loan from China covers the amount of 297.6 million USD and the Serbian budget the remaining 52.6 million USD.

Work on the tunnel started in September 2017 and on the viaduct on 1 November of the same year. One tube is 1,086 m long and was broken through on 3 April 2020, the second tube measures 1,156 m. The viaduct is 2.9 km long and is supported by 59 piers, some of which are up to 26 m high. With its parameters, it has become the largest viaduct in the country, even among road viaducts. Due to the specific geological conditions on this section, it was also necessary to build strong concrete supporting walls to stabilise the terrain and prevent it from moving towards the Danube.

Work on the tunnels and the viaduct was completed in April 2021, followed by a ceremony at the viaduct on 24 August to connect the new Stara Pazova - Novi Sad railway by laying the last track, which was also attended by Serbian President Aleksandar Vučić. The „brza pruga“ is to be completely finished by the end of the year and then testing of trains at top speed of 200 km/h will start in January.

Various problems arose during the project, but the construction companies involved did not fully specify them publicly. Problems have occurred on the Chinese section, for example during the construction of the overhead line poles, where some 1,200 of them had to be replaced, and also on the Russian section, on the viaduct near Čortanovci. Unforeseen situations caused by a large number of underground electrical and water installations that were not recorded in the maps and therefore not in the construction documentation are already a „classic“ problem.

Financial uncertainties also surround the construction, as the report of the Serbian Anti-Corruption Council states: „Investments for which interstate agreements have been concluded rather than transparent procurement procedures, and where funds are spent in a non-transparent manner, will cost Serbian citizens a lot of money“. The Beograd - Novi Sad rapid railway project, with a continuation to the Subotica border station and on to Budapest, was launched in 2014 in Beograd, at a summit of 16 Central and Eastern European countries and China. Aleksandar Vučić, then Prime Minister, then announced in 2015 that the citizens of Serbia would be able to use the upgraded line from 2018.

However, this did not happen due to various legislative delays, to which Hungary contributed greatly, as an EU member state, which had to launch a new tender due to the lack of transparency of the tender for construction works on its territory. For the same reason, the construction work in Serbia had to wait, as it was part of a trilateral agreement (so there were no separate contracts between Serbia and China and between Hungary and China).

Start of regular service is now scheduled to start in February 2022, after which the fast trains, formed by the KISS EMUs running at a maximum speed of 200 km/h, are expected to cover the Belgrade - Novi Sad route in 25 minutes. The complete modernisation of the line up to the Serbian-Hungarian border should be completed by 2024, the cost of the 107 km Novi Sad - Subotica section is estimated at 1.2 billion USD.