Localisation Of Vehicle Production For ENR 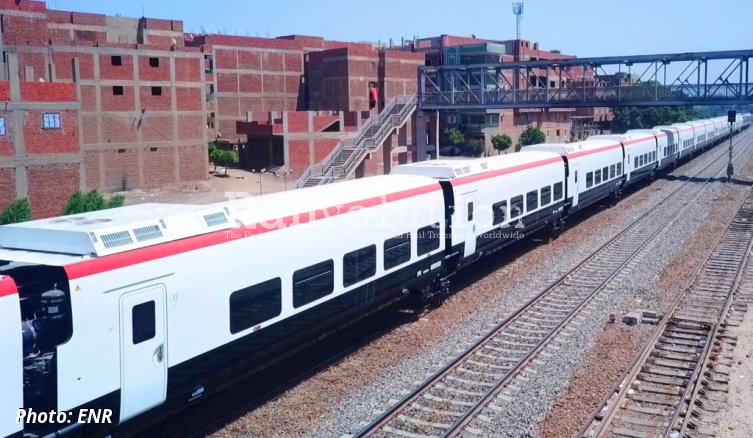 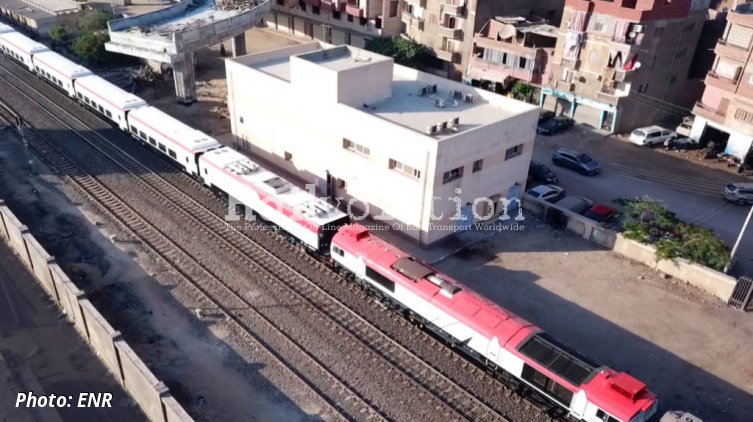 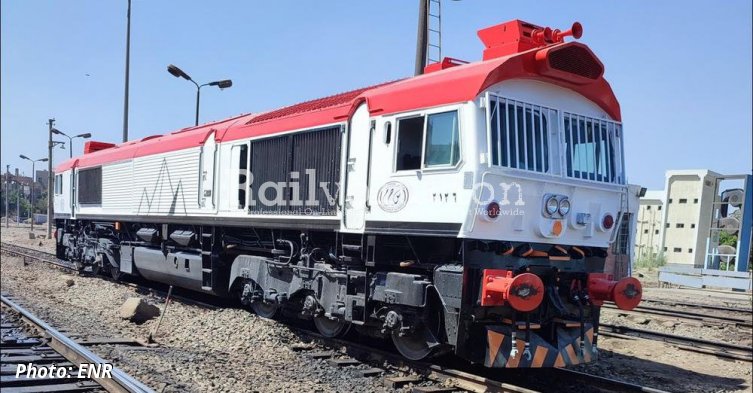 In addition to the Talgo’s second ENR contract, a cooperation agreement was signed on 9 August 2022 between Talgo, the Egyptian Ministry of Transport and NERIC (the National Egyptian Railway Industries Company) to explore the possibility of establishing a factory for the local production of passenger cars.

The second phase is to be an Egyptian production of another 500 cars, using supplies of major components from Talgo (mainly rodal running gear). SEMAF Locomotives is already involved in the production of Evolution locomotives from GE (Wabtec) thanks to an ERA contract worth 602 million USD signed in October 2020 for 110 Type ES30ACi locomotives and for the modernisation of 81 existing locomotives from the ENR fleet. These activities will be carried out at the Tebin plant in Cairo and include the supply of spare parts for 15 years and technical support. As of the beginning of August 2022, all ES30ACi Evolutions have been delivered and 48 locomotives have been upgraded.

SEMAF (Société Générale Egyptienne de Matériel de Chemins de Fer) was established in 1955 in cooperation between the Egyptian Ministry of Industry and an (unnamed) Belgian company to meet the demand for locomotives in Egypt, the region and abroad, including the production of passenger cars and wagons, metro cars and trams. SEMAF started production in 1958 and is the only railway factory in Egypt and the Middle East. Located in an industrial zone in the town of Ein Helwan, about 20 km south of Cairo, it has an area of 150,000 m2 with the possibility of expanding by up to 100,000 m2, and currently employs about 1,200 people.

The factory was acquired by the Arab Organization for Industrialization (AOI) in 2004 to be used for its own development strategy and to acquire additional capacities. AOI is an industrial group engaged in a wide range of activities from energy and water management to military systems, agricultural production and renewable energy to the manufacture of transport equipment, medical devices and household products, etc.

The signing of the contract for the Egyptian production of Talgo cars is the second such agreement in the rolling stock sector, following the contract with Hyundai Rotem for the domestic production of 320 metro cars (40 units) ordered on 24 May 2022 to meet the expected increase in passenger numbers in the coming years. It also represents another step towards the implementation of the government's plans for Egypt to become a major industrial country in the sector to meet the needs of its huge national rail transport projects. And an equally important goal is to save the foreign currency that Egypt has to spend to buy entire vehicles abroad.

Included in the above activities is a giant contract with Siemens to build a network of fast electrified railways of about 2,000 km and associated vehicles, whicih was finalised in May 2022. And, of course, talks are ongoing with other world leaders in the rail industry. As recently as September 2020, discussions were held with Bombardier Transportation (BT) regarding the possible establishment of an Egyptian factory for the production of rail vehicles, metro units and monorail vehicles. And then, in March 2021, a meeting took place between the AOI (attended by its chairman, Lieutenant General Abdel Moneim El-Terras) and representatives of Alstom, which had taken over BT two months earlier.

All the steps described are linked to the January 2021 decree by Egyptian President Abdel Fattah el-Sissi to immediately implement the plan to develop the national rail network by building high-speed lines and connecting them to the existing conventional network. This is part of the Vision 2030 strategy and is seen as a key factor in the implementation of the national strategy to connect all industrial and agricultural areas, as well as cities and towns, to new ports and logistics centres, given the huge development taking place in the country.