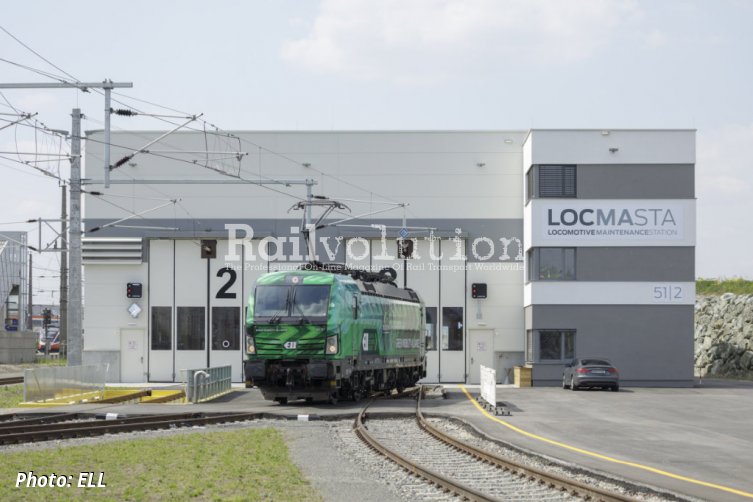 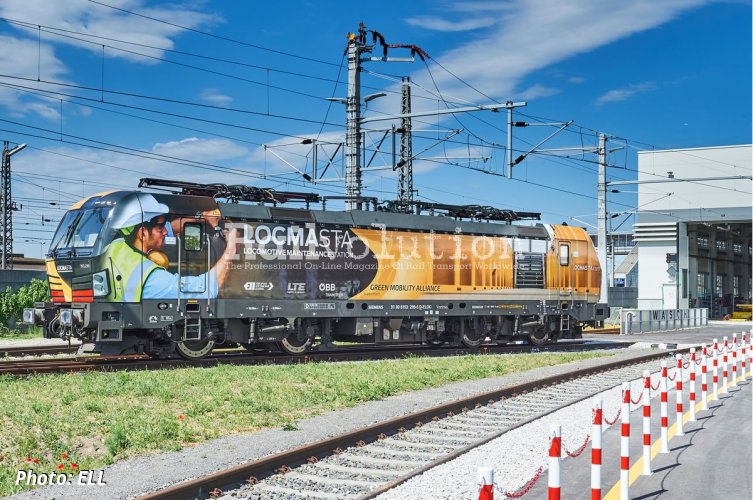 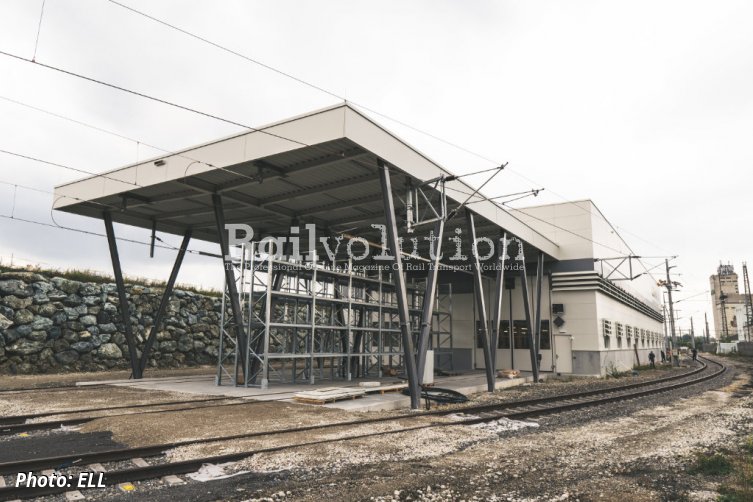 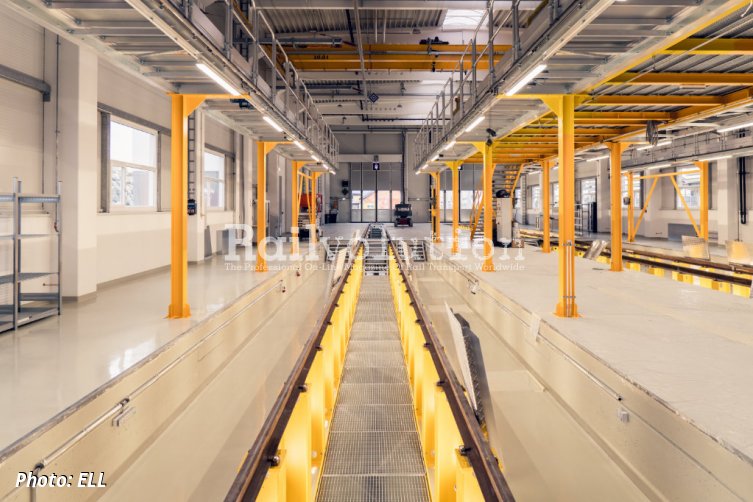 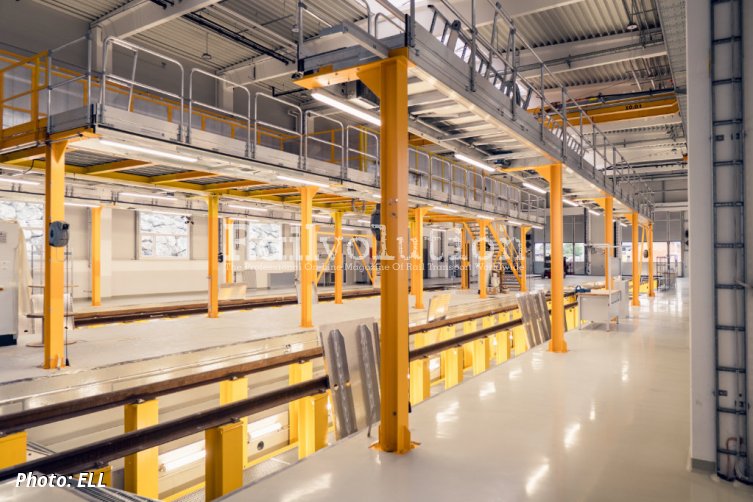 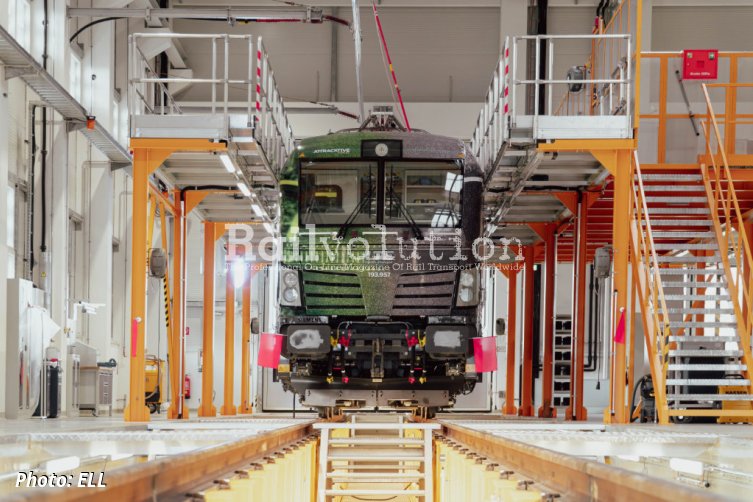 On 20 May 2022, a new locomotive facility was inaugurated in Gramatneusiedl, known as LOCMASTA, an acronym derived from the words LOComotive MAintenance STAtion.

Gramatneusiedl is located approximately 20 km southeast of Wien, close to the Austrian-Hungarian border. In order to build and operate the new service centre, ÖBB, LTE and ELL founded ETL Lokservice GmbH in May 2020, in which ÖBB Train Tech (until August 2021 ÖBB-Technische Services) holds a 40 % stake, as does LTE Logistik- und Transport GmbH, and in which ELL holds the remaining 20 %. ETL Lokservice GmbH, however, externally acts as LOCMASTA.

Construction work began with a groundbreaking ceremony on 1 October 2020 and despite supply difficulties and high raw material prices as well as the COVID-19 pandemic, the facility was built within 14 months, so that maintenance of the first locomotive could start as early as November 2021. The opening ceremony this May was attended by representatives of all three joint venture shareholders, namely Sandra Gott-Karlbauer, CEO of ÖBB Train Tech, Andreas Mandl, CEO of the LTE Group and author of the LOCMASTA idea, and Christoph Katzensteiner, CEO of ELL Austria.

The latter says: „The location for the new workshops may sound somewhat exotic, but only at first glance, because Gramatneusiedl is actually located in the centre of Europe, where the continent's most important corridors meet on all sides. For ELL and our partners ÖBB Train Tech and LTE, this is crucial, as it minimises locomotive downtime and guarantees fast operational readiness. However, LOCMASTA will also be used for drivers accomodation or staff training, as our ELL Academy, for example, takes into account the needs of its partners for precision training and wants to put another stone in the mosaic to effectively counter the acute shortage of staff in the industry.“

Two tracks previously existed on the site where LOCMASTA stands. These, like the whole site, have been adapted to the new purpose, which is light maintenance of locomotives and associated servicing work. The 1,200 m2 facility will initially focus on ELL's business partners and on the Vectron locomotives, of which the pool now has over 180, but it is also about ÖBB's Class 1293 machines. In the long term, however, maintenance of TRAXXes, which LTE also has in the fleet together with Vectrons, and Type ES64U2 and ES64U4 Tauruses, which also form a large fleet at ÖBB, is also envisaged.

LOCMASTA is primarily intended for locomotive servicing work that will not last longer than 24 hours, for which the facility is open five days a week, all year round. Innovative technologies and state-of-the-art workshop equipment are installed and a team of nine people is currently working here. LOCMASTA is ECM 4 certified and all activities are certified according to quality management systems and international standards ISO 9001, ISO 14001 and ISO 45001.

In the hall, there are two electrified through tracks with a total of four stands on column tracks, two roof work platforms, a 12.5 t crane, a 100 t locomotive jack, a system for rotation of wheelsets when the locomotive is standing, or industrial trucks for the safe transport of materials. The equipment also includes outdoor and indoor storage areas, modern offices and meeting and training rooms. Outside the hall there is a track for washing locomotives.

A replacement afforestation project was also implemented to compensate for the vegetation that had to be removed for the new construction. At Enzersdorf an der Fischa, about 10 km north-east of Gramatneusiedl and adjacent to Wien-Schwechat Airport, approximately 11 000 m2 of seedlings were planted in cooperation with the local community. This extent of the forest area, which will grow here in a few years, not only exceeded the legal requirements but also demonstrated the approach of all LOCMASTA participants to maximise ecological sustainability. This includes a photovoltaic system of more than 1 000 m2 which will be further expanded in the coming years.