METRO Trains For Newcastle Upon Tyne 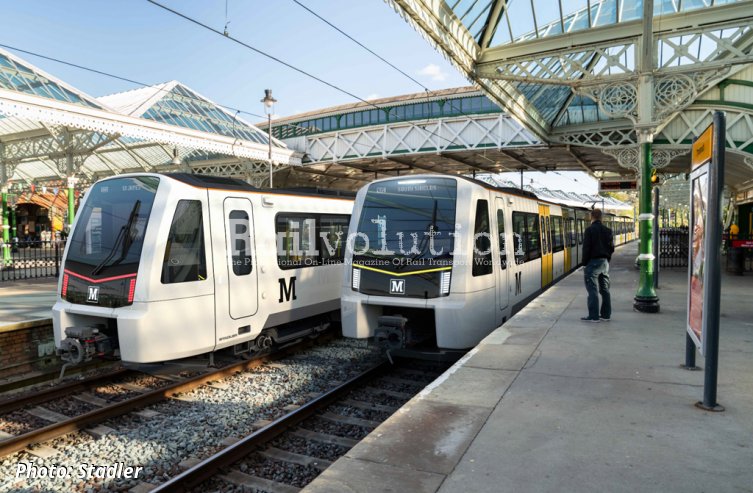 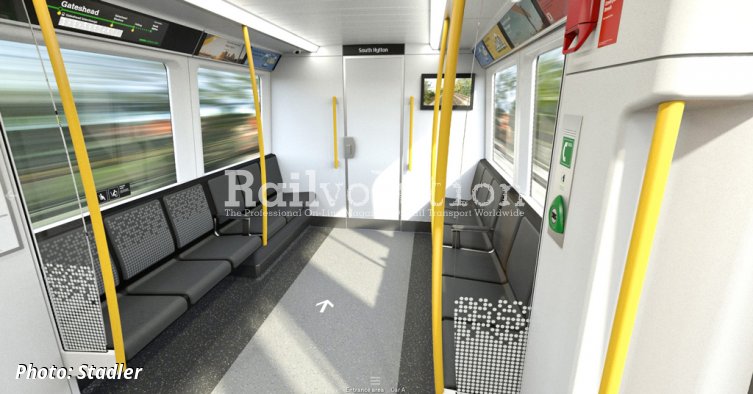 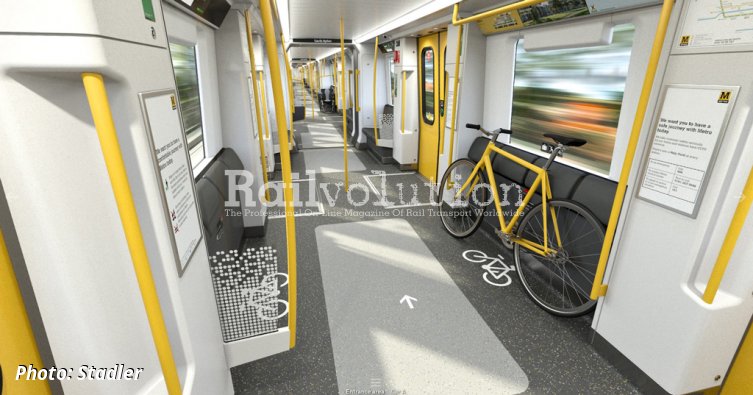 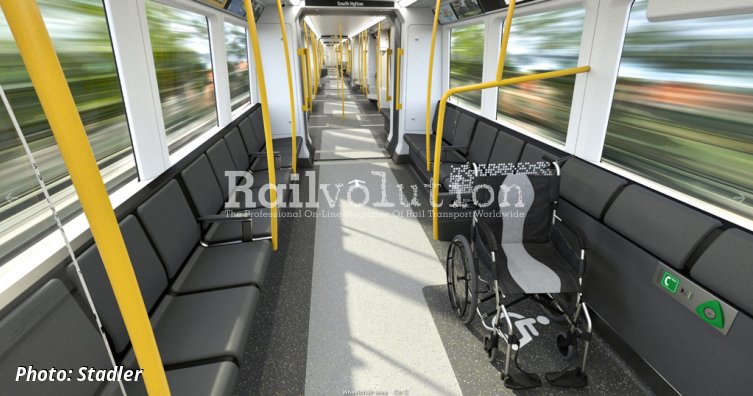 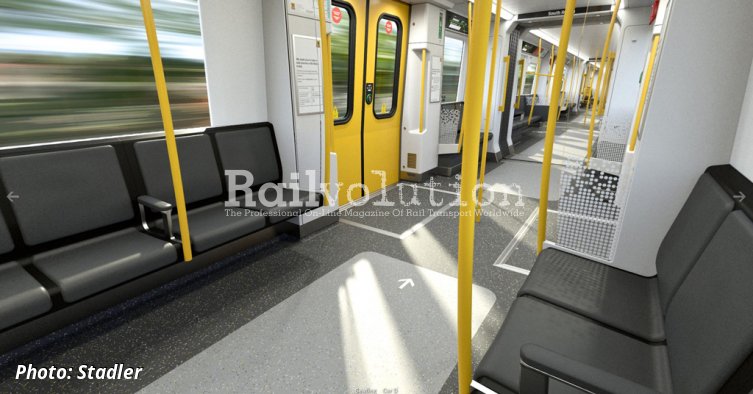 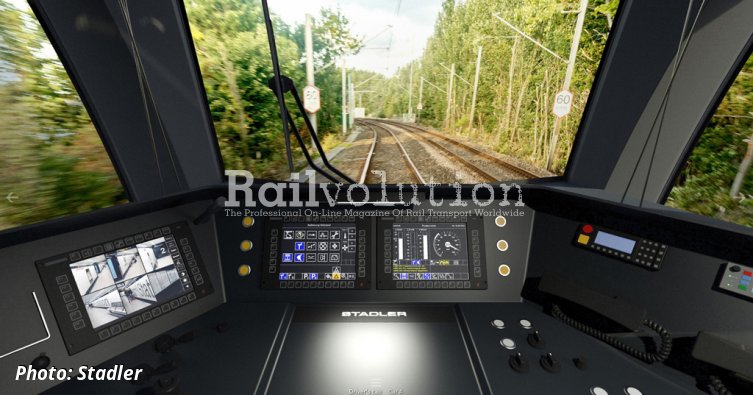 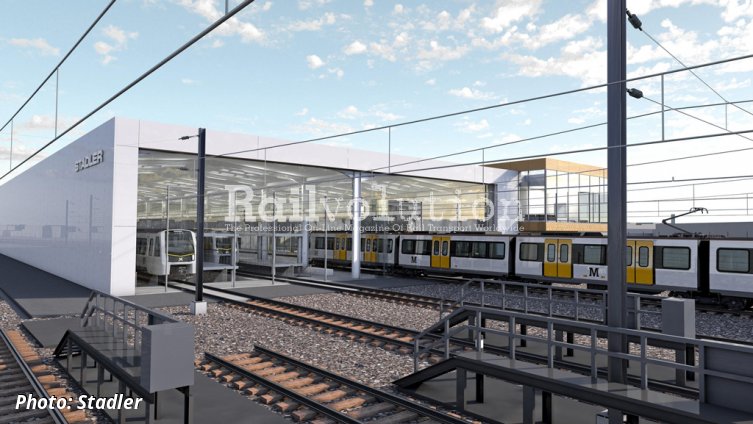 Nexus, the transport authority based in Newcastle upon Tyne, has on 11 February 2020 signed the legally binding contract with Stadler for the delivery of 42 METRO trains, including an option for more (we asked Nexus for an information, how many trains are included in the option). An objection period, which started on 28 January 2020, the day that the contract was awarded, has now run its course. No competitor has appealed against Nexus’ decision to award the contract.

The contract for the supply of the vehicles, their maintenance for 35 years and the construction of a new depot is worth around 700 million GBP. Start of the regular service of METRO trains is scheduled for 2023, and in 2024 the new EMUs will completely replace the existing fleet. The Tyne and Wear Metro serves Newcastle upon Tyne, Gateshead, South Tyneside, North Tyneside and Sunderland in Tyne and Wear in the north-east of England.

The 80 km/h five-car EMUs will be powered via an overhead line with 1,500 V DC. They will have a 2' (Bo)' (Bo)' (Bo)' (Bo)' 2' axle arrangement, continuous power at wheel of 942 kW, max. power at wheel of 1,320 kW, starting tractive effort of 140 kN and starting acceleration of 1.35 m/s². They will be fitted with redundant traction equipment with water-cooled IGBT power converters. The trains will be built to accommodate an energy storage system, so that in the future they will be able to operate on an extended network without catenary.

The lightweight bodyshells will be made of extruded aluminium profiles and designed for longitudinal force of 800 kN. The trains will have a length over coupling 59,900 mm, a bodyshell width 2,650 mm, a height 3,445 mm above TOR and a floor height 940 mm above TOR. A wheelbase of powered bogies will be 2,200 mm and that of non-powered ones 2,000 mm. A wheel diameter in both types of bogie will be 720 mm when new. There will be 104 seats (only standard class), none tip-up seats, and standing spaces for 493 passengers. The trains with eight 1,400 mm wide double-leaf doors on each side will allow quick boarding and alighting of passengers. There will be special multi-functional areas for wheelchairs, prams, luggage and bicycles.

The maintenance contract covers not only the METRO trains (from the end of 2020), but Stadler Service will also be responsible for the maintenance of the existing fleet, comprising 89 vehicles. This work will initially be carried out at Nexus’ existing depot in Gosforth. The old depot, which dates back to the era of steam locomotives, will be later replaced by a brand new facility. It will be designed by Stadler and built with locally recruited partners. Construction work at Gosforth will start later this year. The depot project, which comprises building a new shed and removing an old one, is set to take a few years to complete. To ensure maximum availability, the contract includes among other things preventive and corrective maintenance as well as daily cleaning. These activities will be carried out by Nexus' experienced service personnel, who will transfer to Stadler as part of the contract.

Although the trains will not be manufactured in UK, Stadler is committed to involving as many companies from the Tyne and Wear region in the project as possible and it has undertaken extensive research into possible local companies to supply parts for these vehicles. The service contract represents a long term investment in the area, and it is essential that local companies play a key role within it. Stadler has also established links with a number of educational establishments in the region. It has asked them to help with training and supplying apprentices and graduates, with a view to developing training programs with them. Such initiatives could encourage students to stay in the region, boosting the local economy.

In March 2016, Stadler, in a consortium with Ansaldo STS (now Hitachi), won the first order for its METRO trains in the UK: 17 underground trains for Glasgow Subway, operated by Strathclyde Partnership for Transport. In February 2017, Stadler was awarded a major contract from Merseytravel to build 52 METRO trains for the Liverpool City Region. Stadler will be responsible for their maintenance for 35 years.