Mošnov Terminal Opened For Traffic Forming The Czech Base For MSC 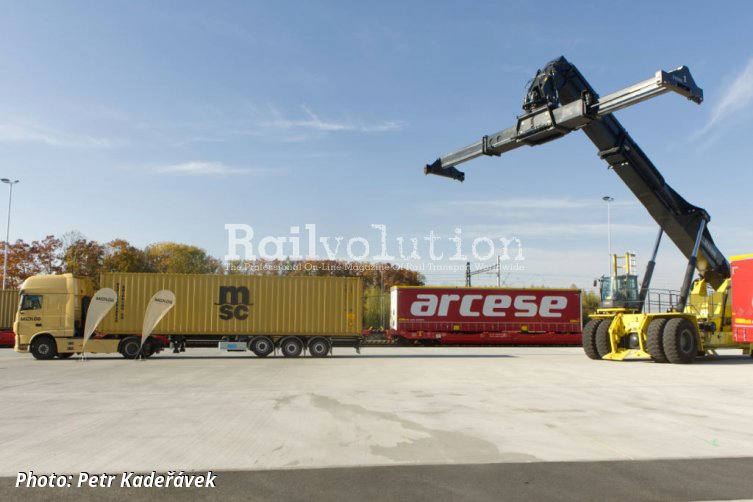 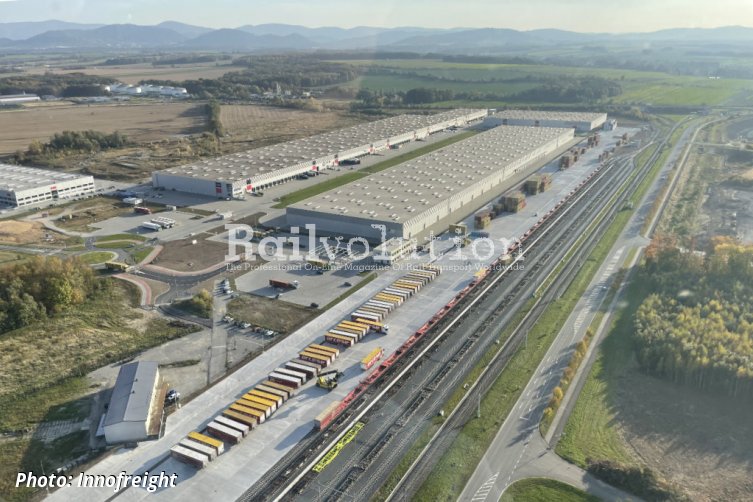 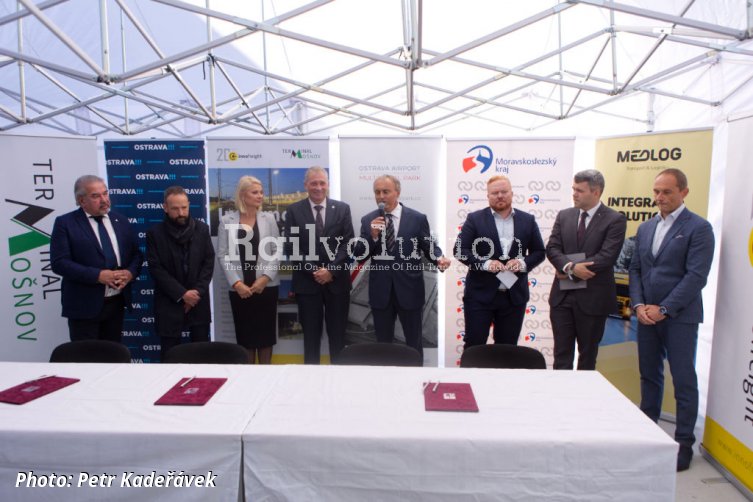 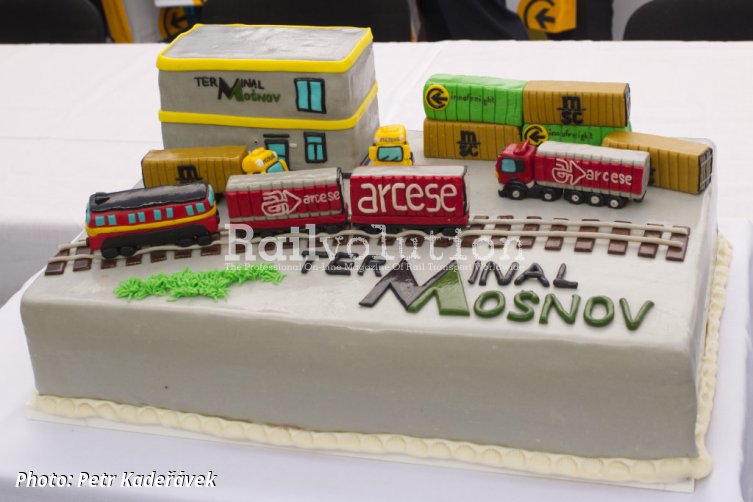 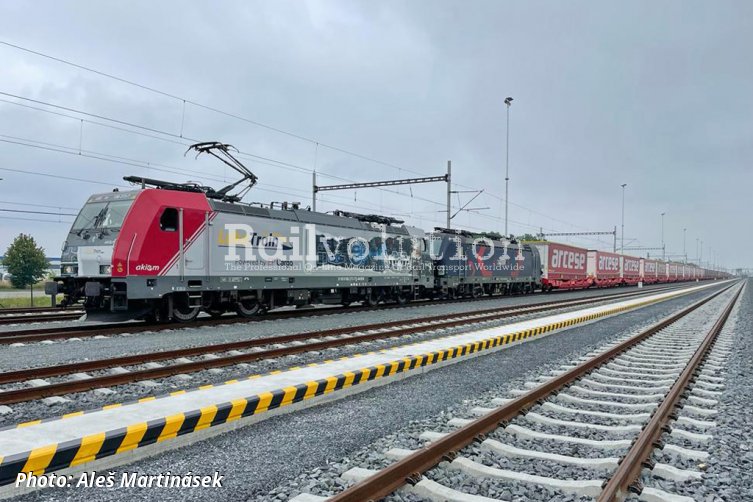 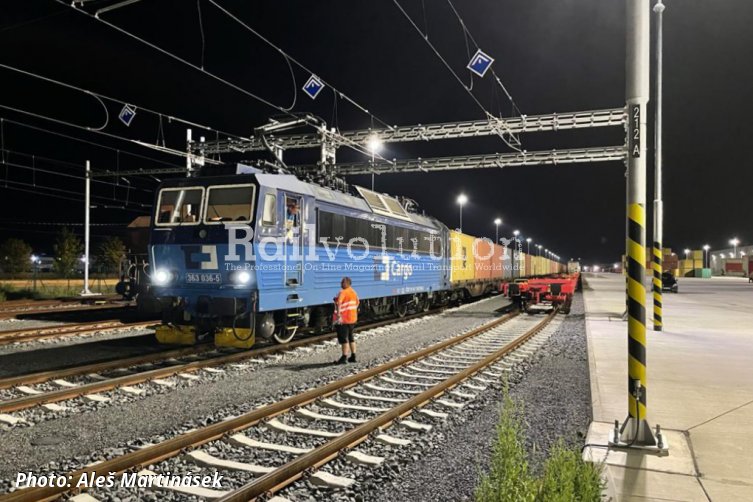 Less than a year after the start of construction, the new intermodal terminal built near Ostrava Airport welcomed the first trains in August 2022 and hosted the opening ceremony on 18 October.

In accordance with the plan stated at the time of the start of construction, after the completion of construction, which officially took place on 30 June 2022, INNOFREIGHT took it over from CONCENS INVESTMENTS, the initial developer of the site. In the end, however, INNOFREIGHT will retain half of the share of TKD OSTRAVA MOŠNOV, a company, which formally owns the terminal. Together with it, Medlog Czech Republic will become a 50 % co-owner. It is part of MSC (Mediterranean Shipping Company), one of the world's largest shipping companies (by some measures the largest at all), which thus acquired its own transshipment base in the Czech Republic.

The company Terminál Mošnov, which is the operator of the terminal, will also be divided among several parties. Equal 25 % shares will be co-owned by Innofreight Czech, BUDAMAR LOGISTICS, ČD Cargo Logistics and Medlog Czech Republic. These companies were also the first users of the facility - the first train arrived there on 14 August 2022; it is a regular twice-weekly service transporting Arcese semi-trailers from Interporto d'Abruzzo, and the operator of this train is Budamar Logistics. It transports parts for the assembly of Fiat Ducato vans at the Opel plant in Gliwice.

There were several reasons for bringing semi-trailers by road from the Czech terminal, following the attractiveness of the terminal's services, these include the usual delays that occur at Polish border stations (this being a long-term pain) and the low reliability of freight transport on adjacent Polish lines.

On 30 August 2022, a train for MSC on the route from Trieste arrived in Mošnov for the first time, this being operated with a frequency of four pairs per week. In this case, it was a matter of rerouting an existing line that originally had its final destination in Paskov. On 12 October 2022, a weekly service connecting the Mošnov and Obrnice, in northern Bohemia, was launched. Since 2019, MSC has been operating a regular line between Bremerhaven and the terminal in Obrnice (operated by UPLINE CZ), therefore the combination of these lines ensures the connection between Mošnov and Bremerhaven.

Port of Antwerp-Bruges is an active partner in the development of the activities of the Mošnov terminal. Already on 18 October 2019 it concluded a memorandum of cooperation with the city of Ostrava, the Moravian-Silesian Region, SŽDC and CONCENS INVESTMENTS on the creation and development of the terminal. Future new services shall therefore be launched in this direction as well, in cooperation with MSC, for which Antwerp is the main European hub.

Port of Antwerp-Bruges sees great potential in the transports of automotive industry, as this accounts for significant volumes of its transshipments and there are many producers of new cars in the catchment area of the Mošnov terminal. Furthermore, it believes in the increased interest of carriers in diversifying the use of seaports, as Czech customers mainly rely on those in Germany.

Of the terminal's six tracks, three are electrified along their entire length, these designed for storage of wagons and movement of locomotives. Other three lines are used for reloading and these have catenary interrupted for approx. 640 m. Currently reach stackers are used for transshipment, but the terminal design includes two gantry cranes with a working range of 600 m and this solution should be implemented at a later time.

Seen in the photo of the representatives of the main companies involved in the implementation and operation of the terminal are (from left to right), Wim Dillen, international development manager of Port of Antwerp-Bruges, Tomáš Macura, mayor of Ostrava, Michaela Svrčková, director of the Czech and Slovak representative office of MSC, Ivo Vondrák, governor of the Moravian-Silesian Region, Peter Wanek-Pusset, co-owner and managing director of INNOFREIGHT, Ľubomír Loy, business director of BUDAMAR GROUP, Tomáš Tóth, chairman of the board of ČD Cargo, and Petr Kalina, director of CONCENS INVESTMENTS.