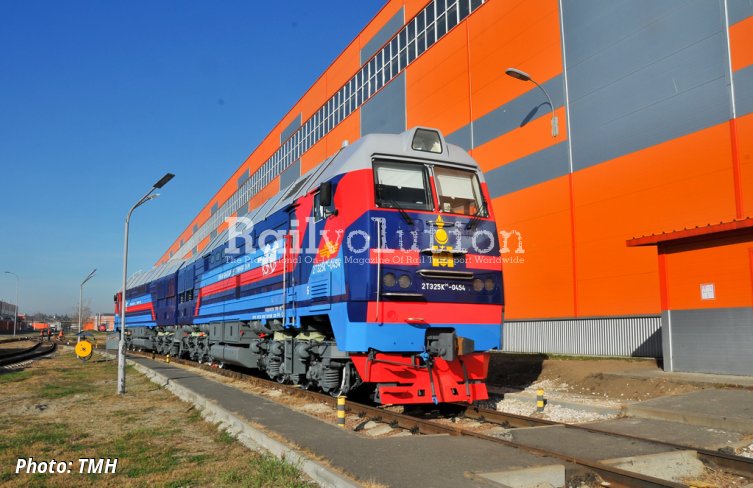 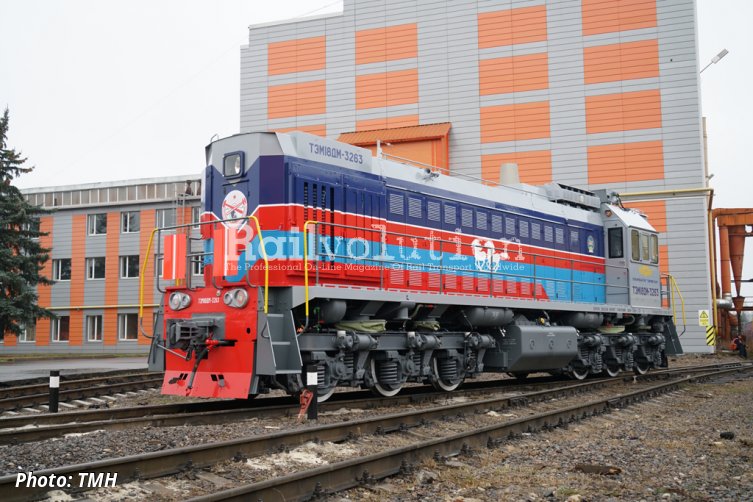 On 10 January 2020 Transmashholding announced that in late December it sent to Mongolia a batch of diesel locomotives produced by Bryansky mashinostroitelny zavod (BMZ, Bryansk machinery works). Seven Class 2TE25KM main line locomotives (0454 - 456 and 0459 - 462) and TEM18DM-3263 shunter will now be used by UBTZ (Ulaanbaatar Tomor Zam), also known by its Russian name of UBZhD (Ulan-Batorskaya zheleznaya doroga), because RZD is involved in its management.

Taking into account Mongolia’s extreme climatic conditions and UBTZ’s requirements, BMZ made certain design modifications compared with the RZD Peresvets. One involved ensuring that the driver’s cabs were sufficiently sealed against the ingress of dust and sand. Similar enhanced protection was ne-cessary for parts of the bogies, the machinery space, especially in the vicinity of the diesel genset, and the high-voltage switchgear. The efficiency of the filters for the air cooling system was also increased. The arrival of this latest batch means that there are now 12 Class 2TE25KM locomotives in service in Mongolia, together with 12 Class TEM18DM shunters.