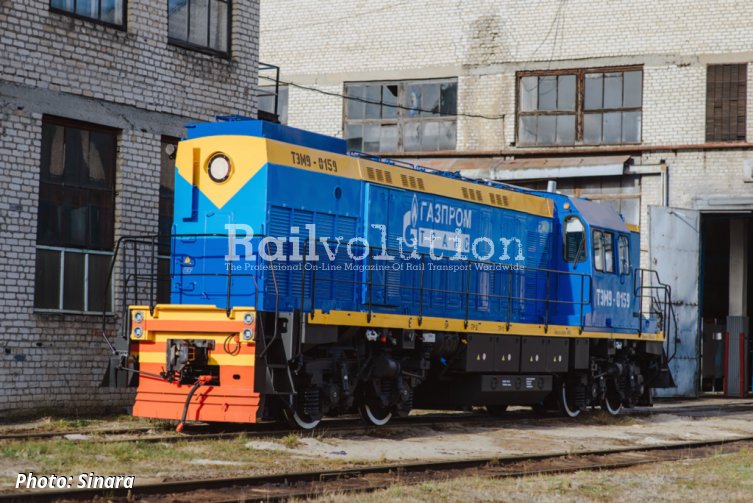 Based on the tender results, Gazpromtrans decided in September 2021 that it will buy two diesel locomotives from Sinara Transportnye Mashiny, both built by LTZ.

The first one is TEM9-0159, a Bo’Bo’ 882 kW locomotive, which left Lyudinovo works on 26 October, and is used in one of the Gazpromtrans’ branches in Astrakhan.

The second one is TEM14-0168, which is scheduled for delivery in early December 2021, and will also be in service in Astrakhan. It is for the first time that Gazpromtrans ordered this Do’Do’ 1,764 kW two-diesel shunter.

At the moment, the enterprises of Gazpromtrans already have a number of machines produced by LTZ in their fleets which includes 38 Class TEM7 and TEM7A locomotives and 10 Class TEM9s.

To further strengthen the cooperation, STM and Gazpromtrans consider to sign comprehensive long-term contracts in the future, covering the supply of locomotives and spare parts, as well as after-sales support.