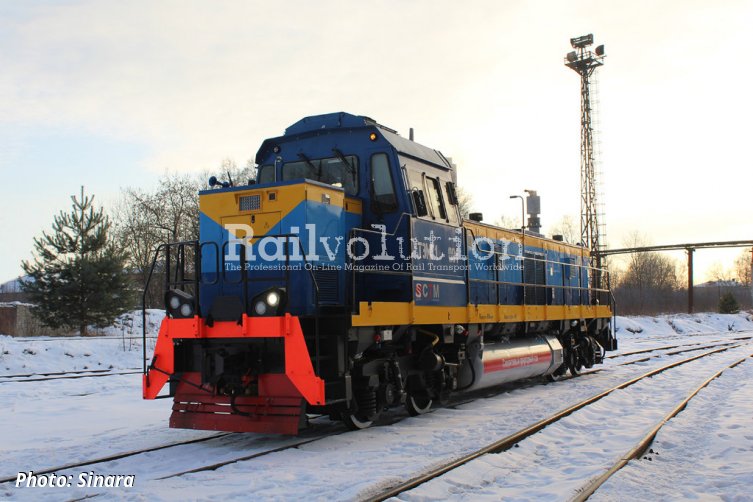 On 10 January 2022, Sinara Transportnye Mashiny received the Certificate of Conformity issued by the RS FZhT (Register of Certification in Federal Railway Transport) for its Class TEMG1 shunting locomotive with two engines running on liquefied natural gas. The new locomotive has successfully passed all the necessary certification tests for compliance with the requirements of TR TS 001/2011.

The prototype locomotive, which was built by LTZ in 2019 and started testing in late that year, is an own development of STM. The technical design specifications for this locomotive were developed in cooperation with the experts of Gazpromtrans. Moreover, the Ministry of Industry and Trade of the Russian Federation widely supported the development of the project on every stage.

The TEMG1-001 pilot operation is to commence in February in the Orenburg branch of Gazpromtrans, and is being carried out according to the company’s plan to expand its fleet of LNG-powered locomotives. Victor Lesh, the STM CEO, added: „Some Russian metallurgical plants have already shown their interest and are planning to purchase the Class TEMG1 locomotives for their enterprises.“