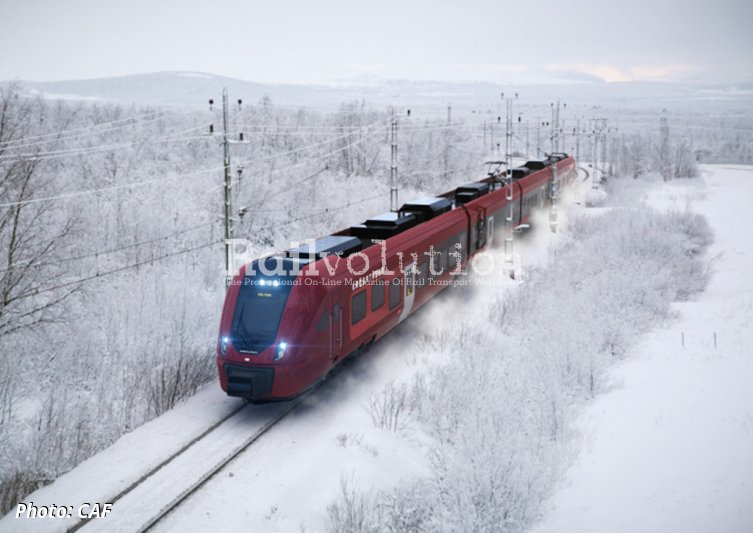 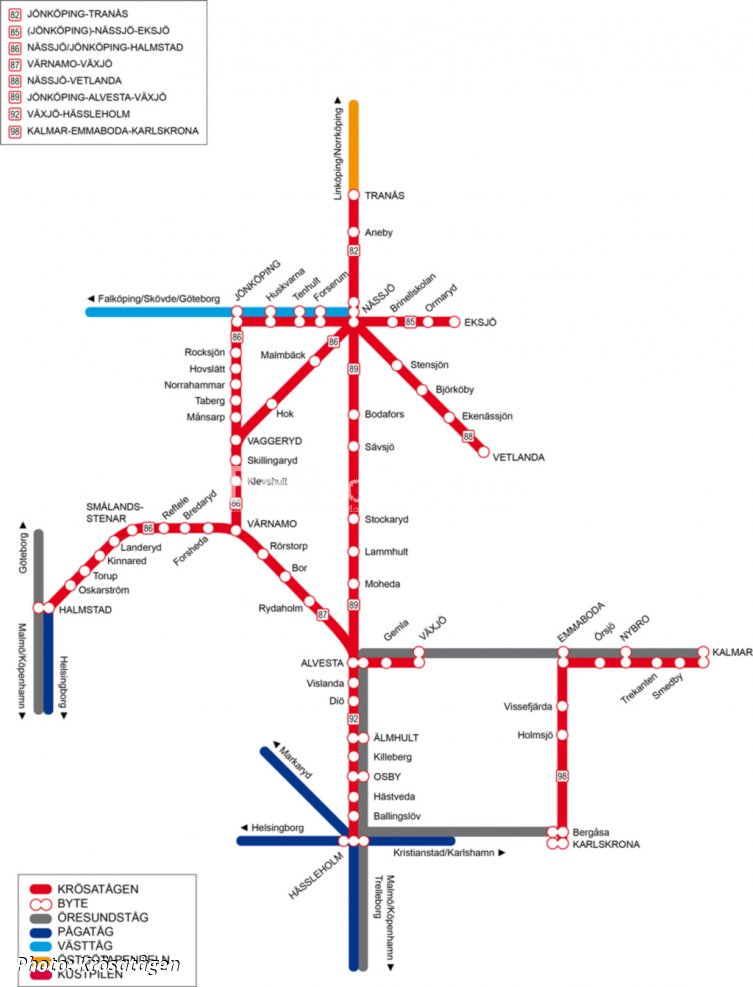 The regions of Kalmar, Jönköping, Blekinge and Kronoberg have decided to jointly acquire new trains to replace the existing fleet, which is nearing the end of its life. At the same time, the aim is to contribute to the creation of attractive and competitive public transport in and between regions.

To this end, AB Transitio of Stockholm awarded a contract to CAF on 13 April 2021 for 28 Civity sets, for which a framework agreement signed in 2014 was used. The value of the order is approximately 3 billion SEK (around 290 million EUR), with the regions providing guarantees for this amount. The financing of the trains is handled by Transitio, which will also own them and lease them to the regions concerned, which will provide the trains to the relevant operator.

Specifically, these will be units of the Civity Nordic version, designed for operation at temperatures of between -40 and +40 °C. Twenty of them will be 15 kV four-car EMUs with a length of about 76 m, and eight will be EDMUs, with a length of about 67 m. The latter will consist of three cars and a Power module. The diesel engines will use biodiesel fuel, which is in line with the program of the regions, which for the period 2020 - 2025 have developed a plan for the abandonment of hydrocarbon fuels as defined by EN standards.

The construction of the trains will be modular, so both types will be technically identical to the maximum extent. The maximum speed of EMUs will be 200 km/h, that of the EDMUs will be 200 km/h in electric mode and only 140 km/h in diesel mode. The trains will be equipped with an on-board ETCS and an STM module for ATC, the Swedish national ATP. In operation, up to three units can run in multilple, EMUs or EDMUs separately, or both versions together.

The design of the trains will be related to the places where they will operate. The outer red look is to resemble cranberries, which will be highlighted by a variable window band, where the colors change from white to red to almost black, as cranberries can. The inscription Krösatågen above the windows is related to this, as „Krösa“ stands for cranberry and „tåg“ for train.

The EMUs will have around 190 fixed seats, the EDMUs around 140 ones. In addition, tip-up seats will be available. The requirements for the new trains focused on design, both aesthetically and functionally, rather than maximising the number of seats. The interior design will be linked to the places to be served by the new trains, such as Vimmerby, a popular tourist destination in Sweden, where a popular tourist destination in Sweden can be found: Astrid Lindgrens Värld (Astrid Lindgren's World) theme park, home to the iconic Pippi Longstocking.

The interior of the new trains will therefore be set both for business travelers and daily commuters with a travel time of over two hours, and for tourists. Adjustable seats with work tables, electrical sockets, WiFi internet, etc. will correspond to this. There will also be multi-purpose areas with tip-up seats and a space for larger luggage and bicycles. Of course, there will be seats for wheelchair passengers and one of the two toilets adapted for disabled passengers.

Deliveries of Civity Nordics are scheduled to start at the end of 2023. The contract with some services, like staff training, also includes options for up to 26 units, 19 of which are EMUs and 7 EDMUs. Maintenance will be provided on the basis of a separate contract and a tender will be invited in the future by the relevant operator. It can be assumed that CAF will take part in the latter tender, as in 2019 it took over the EuroMaint, which is focused on the train maintenance in Sweden.

The new „cranberry“ trains will primarily run on the Krösatågen and Kustpilen networks (red lines in the accompanying diagram), and for the latter an electrification project is under way, which was the reason for purchase of EDMUs. „Kust“ stands for „coast“ (of the Baltic Sea) and „pilen“ for arrow. It is expected that its electrification will be completed between 2028 and 2030. However, this does not necessarily mean that the diesel engines will be dismounted from the new EDMUs, as there are other lines in the area where electrification is not planned.

On the Tranås - Nässjö - Alvesta - Hässleholm route, the new trains will use ETCS, as Trafikverket plans to put this ATP into operation here in 2026 to 2028. The installation of the trackside ETCS has already started at Nässjö station.

It should be noted that these Civity Nordics are other new trains for Transitio after it confirmed the option for KISS EMUs from the April 2016 framework contract in December 2020 and ordered 6 + 1 Class ER1 four-car sets from Stadler for Tåg i Bergslagen.

The CAF press release on the above-mentioned Transitio contract cited in the Scandinavia's references the supply of metro trains for Helsinki, trams for Stockholm, Lund and Oslo, and Oaris EMUs for Flytoget. The latter are Class 78 four-car trains, which at the time of concluding the contract in March 2015 were expected to start testing in 2016 and to complete deliveries in 2018.

However, due to delays, the schedule was adjusted and the whole batch of eight was to be put into service with passengers in December 2019. This plan was not met either, and the final approval of the Class 78 was expected to be achieved in 2020, with the gradual start of operation sometime in early 2021. We asked both the manufacturer and the operator about the current status of the project, and Flytoget answered us here.