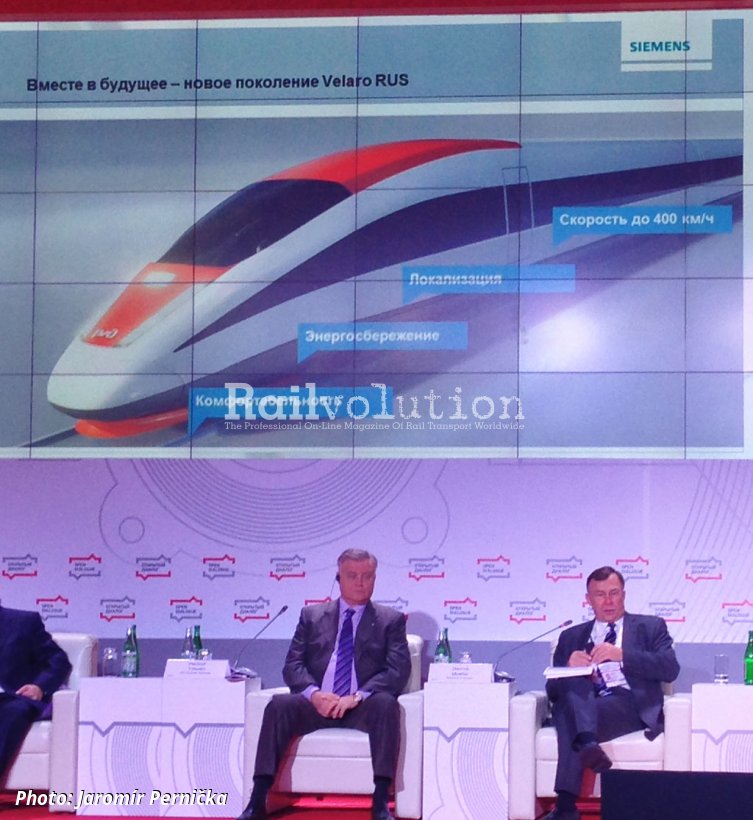 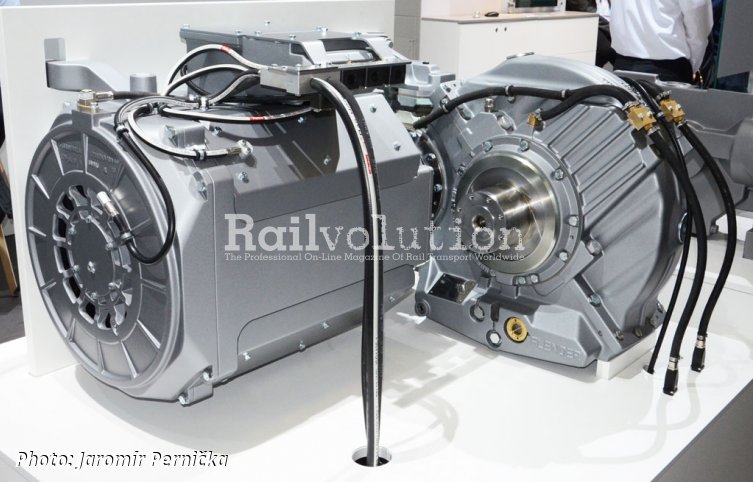 Siemens, Sinara and UL are more than five years preparing for the building of high speed trains for the future Russian HSLs. RZD has outlined the basic technical specifications for Moskva to Kazan HSL in 2015. What Siemens envisages is a new, improved version of the Class EVS1/EVS2 trains, referred to as the Sapsan 2.

The train will be designed in accordance with TSI specifications, and thus will have enhanced crashworthiness features. The front ends will have an enhanced aerodynamic design. The lower parts of the bogies will be covered with skirting to reduce aerodynamic drag by up to 20 % compared with the existing trains. Similarly the roof-mounted equipment will be covered, to reduce aerodynamic drag here by up to 10 %. Use of carbon fibres in bodyshell construction will result here in a 10 % weight reduction.

At InnoTrans 2018 on Siemens’s indoor stand the company exhibited a Type 1DB2222 permanent magnet synchronous traction motor, together with an axle gearbox, which between May 2015 and June 2016 had been tested while installed on Sapsan EVS1-16. This train covered 481,000 km in commercial service with these components fitted.

The testing programme formed part of the development of this new technology for use in Velaro high speed trains, one of the first installations being planned for the new batch of Sapsan 2 EMUs. This was announced by Siemens in 2014 in readiness for the future tender for new high speed trains to be used on the future high speed line between Moskva and Kazan. It is also planned to install permanent magnet synchronous traction motors in the Velaro Novo family of trains.

The Type 1DB2222 traction motor has a rated power of 680 kw, a maximum motor speed of 5,730 rpm, a rated voltage of 2,522 V and a rated current of 161 A. It weighs 775 kg, including the half-coupling. The gearbox, weighing 300 kg and designed for a maximum transmission torque of 3,200 Nm, was produced by Siemens subsidiary Flender, of Bocholt, Germany.

On 18 September 2018 at InnoTrans RZD, the Gruppa Sinara, Siemens AG and Siemens Mobility signed an agreement to expand RZD’s Sapsan fleet by 11 new 11-car dual-voltage trains. 16 cars were also to be built, to be incorporated in the existing fleet of 16 ten-car trains. The pertinent binding contract was to be signed, at the latest, by 31 March 2019.

Then on 7 June 2019 Siemens Mobility and Uralskie lokomotivy announced that RZD had placed an order worth around 1.1 billion EUR for 13 more ten-car Velaro RUS EMUs, the contract including 30 years of servicing and maintenance. This is a modification of the original agreement signed on 18 September 2018 and is significant for Uralskie lokomotivy, because construction of this new batch will take place at the Verkhnyaya Pyshma works, thus fulfilling the terms of the memorandum signed in 2015.

The Sapsan (Peregrine Falcon) story began in 2006 when RZD awarded Siemens a contract for eight ten-car trains, to be used on the 650 km run between Moskva and St. Peterburg, with a subsequent order for eight more in 2011. Construction of this latest batch of 13 more 3 kV DC trains, designated Class EVS1 (unlike the dual-voltage Class EVS2 Sapsans), will take place at Krefeld works and final commissioning at Metallostroy depot near St. Peterburg with UL’s participation.

The first four trains are scheduled for putting in service towards the end of 2022. Maintenance, by Siemens Mobility, will take place at the purpose-built Metallostroy depot, together with the earlier members of the Sapsan fleet. The new Sapsans are to increase capacity on the Moskva - St. Peterburg route, the busiest long distance railway in Russia in terms of passenger traffic.