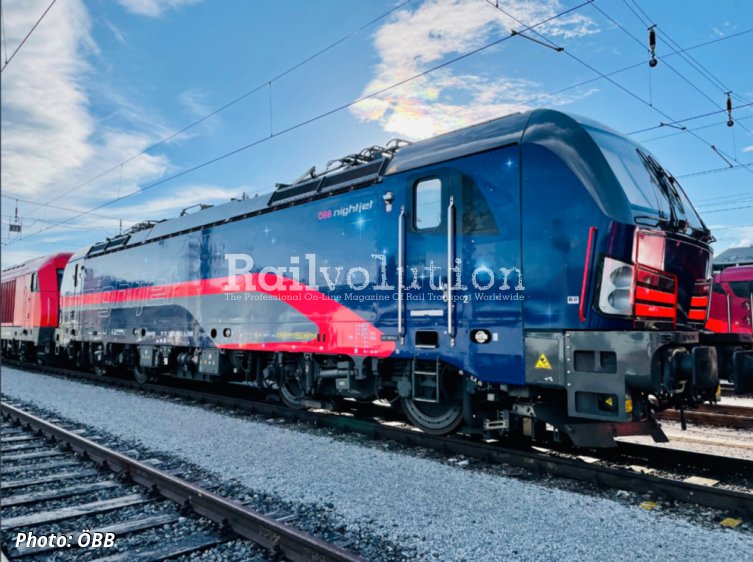 On 10 August 2021, ÖBB has ordered 20 additional seven-car night trains from Siemens Mobility to expand its Nightjet fleet to 33 such rakes by 2025.

The trains are based on the Viaggio Next Level platform. In 2018, Siemens Mobility and ÖBB signed a framework agreement for the delivery of day and night trains. 13 Nightjets of the new generation Viaggio Next Level called up from this agreement are currently being built at Siemens Mobility Wien. The first trains to be delivered from this batch will be used on services from Austria and Germany to Italy beginning in December 2022.

The optional Nightjets are planned for service from Wien and Innsbruck to Hamburg and Amsterdam, and for operating on the routes from Wien to Bregenz and Zürich, from Graz to Zürich and from Zürich to Hamburg and Amsterdam. By 2025, 33 next-generation Nightjets will be operating in Austria, Germany, Italy, Switzerland, and the Netherlands, thus replacing a large share of the current fleet.

ÖBB CEO Andreas Matthä said: "Calling up 20 additional Nightjets is an important step in positioning ÖBB as the market leader in Europe’s night train business. ÖBB is already Europe’s largest night train operator, and with the new Nightjet fleet, we will further reinforce our position and offer our travelers first-class comfort."

We asked Siemens:
- what is the worth of this contract for 20 sets and what of the contract for the first 13 sets?
- when the first Nightjet from the first batch of 13 rakes will be complete in Wien and when it will start test runs?
- when is it expected that the Vectrons will be approved for 230 km/h to use the maximum speed (230 km/h) of the Viaggio Next Level rakes?

Siemens answered us only the second question: „The first rake of cars - not a regular full Nightjet - will leave the Wien works in September/October for testing and homologation purposes.“ For the first question Siemens referred us to ÖBB as for the third question, where it expressed: „The current order is about Viaggio Comfort Next Level cars in a night train configuration. There are currently no news on locomotives we could talk about.“

We therefore asked ÖBB. The operator stated that the contract volume is around 400 million EUR (for the second batch of 20 Nightjet rakes) and „We currently plan to haul our Nightjets with Tauruses. Other options are possible in the future.“

So we've asked for further clarification: what is worth of the contract for the first 13 Nightjet sets, and why Vectron 1293 200 is decorated by the Nightjet vinyls? Does your plan mean that the Tauruses will be replaced by the Class 1293 Vectrons (ordered by Rail Cargo Group) on some other passenger trains in the future, when ÖBB will haul the new Nightjets with the 1216s or 1116s?

ÖBB answered us: „In 2018 we ordered 13 Nightjet sets and eight 9-car Railjet sets, so we do not communicate this order in detail. We currently have no order for Vectrons for passenger services yet, so we can not confirm any locomotive plannings so far.“

So from our point of view, it remains a major question for Siemens when the Vectrons will be approved for 230 km/h. From this point of view, it is worth noting that apparently even the designers of Vectron locomotives, which have been the successor of the Taurus family since 2010, did not count on that the segment of locomotive-hauled rakes (non-traction units/Railjets) for a top speed of 230 km/h will develop dynamically, which is why the Vectrons have had a maximum speed of „only“ 200 km/h since the beginning.

It was ÖBB's endeavour to further apply the concept of non-traction units with a top speed of 230 km/h, which resulted in an order for up to 700 more cars for Railjets and new Nightjets in 2018, that indicated that a certain number of additional adequate new-built locomotives would be needed, as there is no longer a huge surplus of Tauruses at ÖBB, especially of quadruple-voltage Class 1216s, and the age of Tauruses is already around 20 years.

Therefore, in 2019, Siemens has announced a plan to increase the maximum speed of the Vectrons to 230 km/h (which is currently being tested on the 193 780), so that these new ÖBB non-traction units can take full advantage of their parameters on suitable sections of track in the future. Naturally, these 230 km/h Vectrons, which have yet to be (re)approved for the increased speed, could also be used on the new non-traction units of ČD and possibly on the Talgo 230 rakes for DSB.

Given ÖBB's statement, it seems realistic that when the "Vectron 230" becomes available, a new batch of locomotives will be ordered for the new Nightjets and Railjets. In fact, of the August 2018 framework order for a total of 700 Viaggio cars, 303 (72 + 91 + 140) have been ordered so far, thus the Viaggio Comfort rakes made up of the remaining 397 cars will also need new locomotives with a maximum speed of 230 km/h.