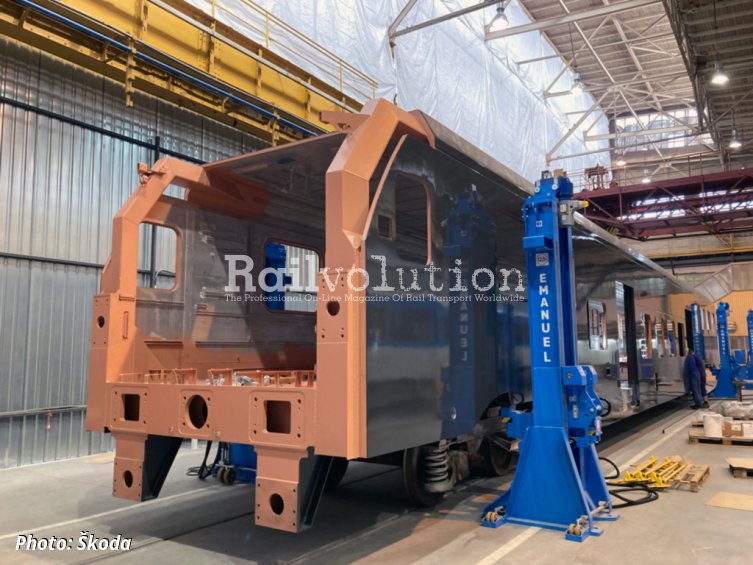 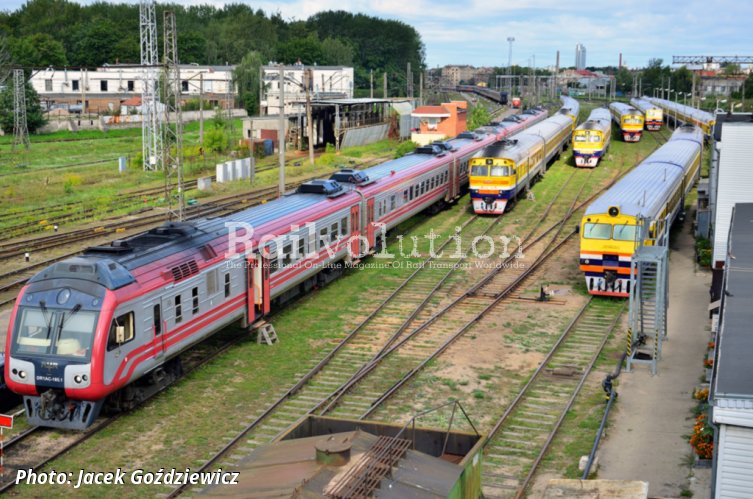 Production of the first Type 16Ev EMU for Pasažieru vilciens continues at the Škoda Vagonka works in Ostrava. The first bodyshells are already getting a distinct shape and colours, which will be a combination of traffic yellow, anthracite grey and dark grey. The bodyshells are traditionally, as with other EMUs produced by Škoda Transportation and Škoda Vagonka, made as an integrated structure from large aluminium profiles.

In areas of higher stress, the bodyshells are locally reinforced with parts milled from thick-walled aluminium sheets. Not only the body but also the cab module is made of aluminium profiles. However, the cab shell remains of a composite material. In any case, this new bodyshell construction also corresponds in strength to impact scenarios according to EN 15 227.

The final assembly will be carried out in Ostrava, which is not only related to the current "Nová Vagonka" (New wagon works) project, but also to the limited possibilities of transporting the finished cars by rail due to their dimensions corresponding to the 1,520 mm gauge. Therefore, the first four cars of the first 16Ev unit will be moved by road for the initial testing to the Škoda Transportation Plzeň works, where these will follow on the broad-gauge track. This should take place by the beginning of next year.

Pasažieru vilciens expects that the new EMUs will be designated Class EV, which will be derived from the Škoda's designation 16Ev. Thus the existing class ER2 designation and derived will not be continued, which stands for "Elektropoyezd Rizhsky", i.e. RVR-built EMU). At the same time, the operator, which is celebrating its 20th anniversary this year, wants to link the arrival of the Škoda trains with the introduction of its new name (ViVi), sometime in 2022, as an emphasis on the beginning of a new era of rail passenger transport in Latvia.

On 10 May 2021, PV launched a public tender for the project of a new multifunctional complex for the repair and maintenance of rail vehicles in Riga. This is related to the upcoming arrival of 32 Class EV EMUs, but the new facility will also be used for existing electric and diesel multiple units.

Bids were due by 20 May 2021. PV expected to conclude the contract in July this year, to be implemented within six months of the contract coming into force. The new depot will be built in the existing premises (Vagonu parks) at 9 Rēznas iela street in the Latgale district in the eastern part of the capital, near the main station (Rīga-Pasažieru).