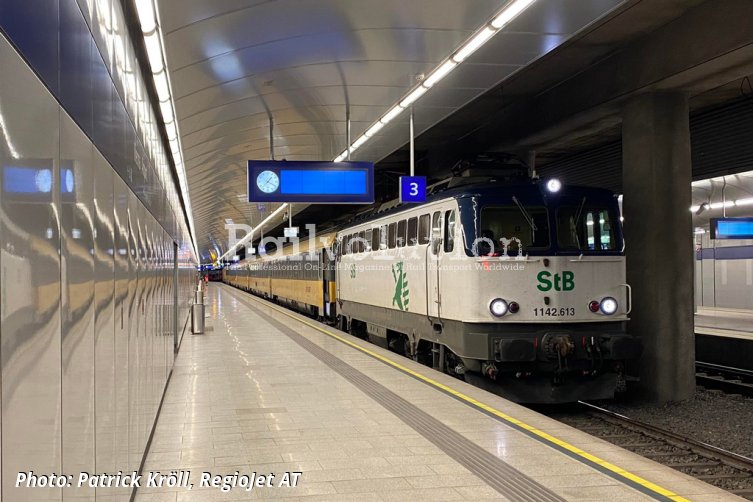 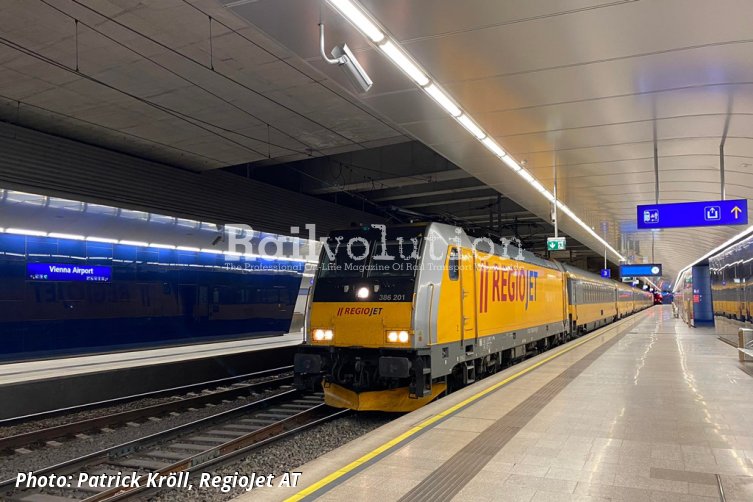 Since 16 June 2022, RegioJet runs twice a day to Wien Schwechat Airport. This is an extension of the existing RJ 1033 and RJ 1037 services, which until then were working on the Praha hl. n. - Wien Hbf route. RJ 1033 with the afternoon arrival then returns directly from the airport as RJ 1034 to Praha, the evening RJ 1037 service only returns empty to Wien, without passengers.

These three services continue to serve Wien Hbf. Due to the need top change direction at this station as well as at the airport station, a Steiermarkbahn (StB) locomotive is coupled to this section at the other end of the rake. RegioJet should also cooperate with StB during the summer closure of the Meidling - Oberlaa section in Wien, during which it will only be possible to leave Wien Hbf for Budapest with change of direction.

RJ operates four pairs of trains a day between Praha and Wien, the remaining two pairs run to/from Budapest. RegioJet also operates frequent bus services between the Czech Republic and Wien Airport. However, the airport is easily accessible from the center of Wien by other frequent train services, which offers many travel options for passengers.