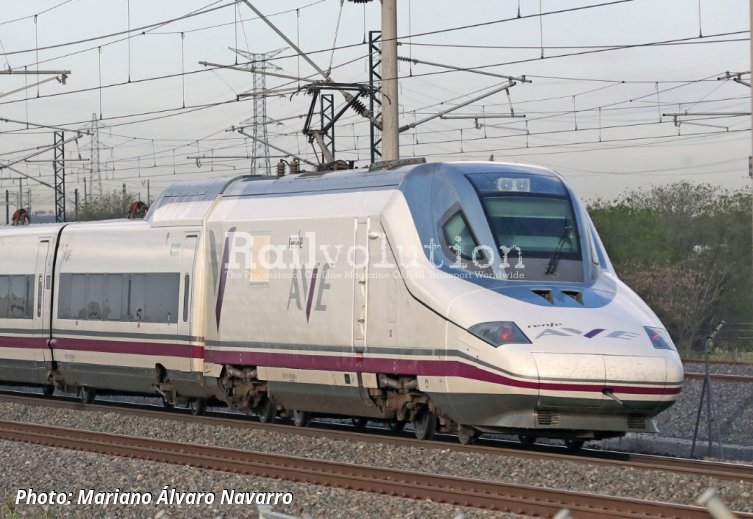 In January 2022, Renfe invited the general public to submit ideas for a revamped 'Alta Velocidad Española' logo, to replace the one which has been in use since April 1992 when the Madrid to Sevilla high speed line was inaugurated.

The winner of the competition, announced on 20 April, was a Bilbao-based publicity agency, Trupp, which decided to restyle the existing logo, giving more emphasis to the letter 'V' (which symbolises a meeting of ways, ideas, people and experiences, together with sets of points at railway junctions...) and colouring the right-hand arm of the letter magenta, as used for the waistband stripe of Renfe's high speed trains. Over 50 design and publicity agencies participated in the competition.