Silicon Carbide Power Components For Mireo Plus B Units 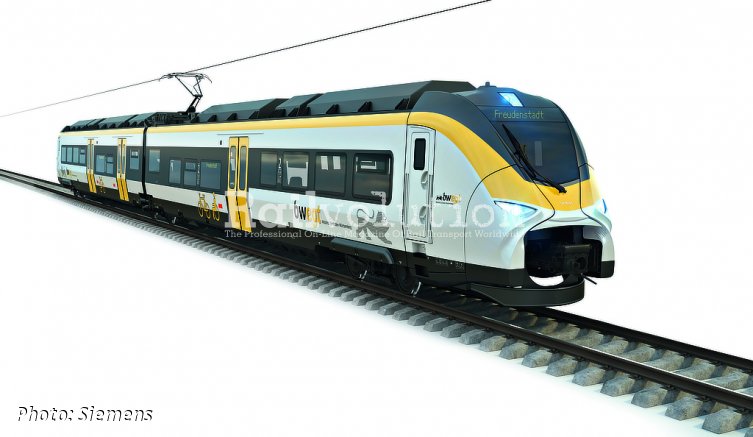 On 10 May 2022 it was announced that Siemens Mobility and Mitsubishi Electric Europe have signed a Memorandum of Understanding to cooperate in the field of SiC power module technology with the aim of enabling efficient and sustainable transportation and electrical energy savings in the transportation sector.

With creation of the “European Green Deal”, the EU has committed itself to being the first continent to achieve climate neutrality by 2050, meaning no net emissions of greenhouse gases by 2050. At an intermediate stage, emissions are already to be reduced by 55 % by 2030 compared to 1990. The European Green Deal will result in binding directives for individual sectors regarding CO2 emissions.

These directives apply in particular to the transport sector, where greenhouse gas emissions are to be reduced by 90 % by 2050, alongside an increasing demand for mobility. In particular the rail industry and its suppliers, and more specifically the technologies and components used in rail transport, are important contributors to achieving this goal.

Power semiconductors play a key role in railway vehicles. Standard silicon-based power semiconductors are being continuously developed, and new technologies are being advanced, such as the use of SiC (silicon carbide), which will enable even greater efficiency and the greatest reduction in weight in future. It is in fact the rail market that is stimulating demand for more efficient energy conversion technology.

Mitsubishi Electric’s SiC devices have proven long-term reliability in the most demanding of applications such as traction inverters. The potential for energy savings through the use of Mitsubishi Electric's wide range of SiC power devices in railway technology exists particularly in the area of traction drives. In particular the full SiC 3,300 V power modules contribute to energy saving and the downsizing of traction inverters.

The suitable SiC chipset for high-speed switching is used in the standardised LV100 package, which provides low stray inductance and easy paralleling capability. The power losses of LV100 full SiC modules can be reduced by approximately 75 % compared to the conventional Si power modules during the inverter operation. As a result, the efficiency of the traction inverter is increased.

Using the innovative technology of the battery powered Mireo Plus, Siemens Mobility enables electrification of railway lines even without a continuous overhead contact line. SiC technology is particularly beneficial for regional trains with a battery hybrid drive for use on sections with, or without a catenary. It reduces weight to a minimum, optimizes performance, and boosts the efficiency of multiple units in terms of mileage and range.

With an energetically optimised drive system, the energy consumption from the grid is nearly 10 % less than that of today’s vehicles, thanks to the use of SiC components. SiC's greatest potential is in its higher energy efficiency and reduced weight.

We asked both companies:

1) if "The power losses of LV100 full SiC modules can be reduced by approximately 75 % compared to the conventional Si power modules", what total general efficiency (in %) have the SiC modules and Si modules?

2) how many kg can be saved using the converter with SiC modules instead of Si modules. Please the concrete parameters (converter weight with SiC and Si modules).