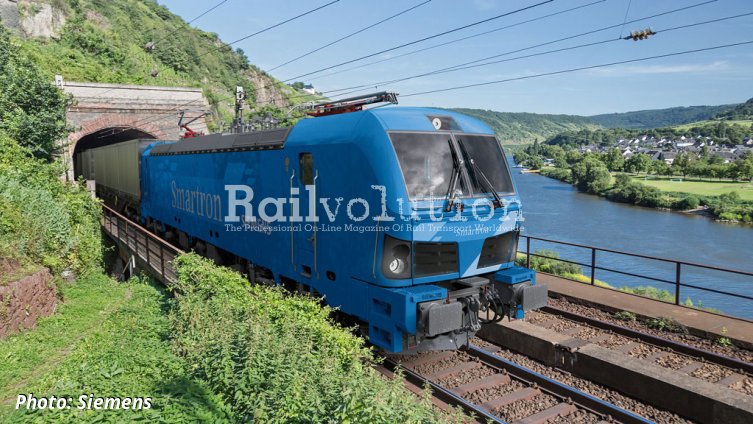 In December 2019 BDZ invited an international tender for supply of 10 new electric locomotives for passenger transport with the delivery date of the first locomotive planned within 18 months of signing the contract. Siemens Tron, Bombardier Transportation, Stadler Rail and the Ekselor consortium with Chinese participation applied for the contract with an estimated value of 57.5 million BGN (around 32.5 million EUR).

On 21 May 2020, BDZ Putnicheski prevozi (BDZ PP, passenger transport) signed a contract worth 55,544,816 BGN for 10 Smartrons, which also includes the provision of technical support and the supply of spare parts for three years or until 600,000 km have been reached for each locomotive. At the same time, the warranty was extended from 24 to 36 months and Siemens will also train BDZ maintenance and repair personnel.

The locomotives are intended for passenger service in Bulgaria. Deliveries are scheduled for February to May 2021. The Smartron for Bulgaria will operate on a 25 kV 50 Hz voltage and will be delivered in their standard Capri Blue color.

We asked BDZ:
- Will Siemens perform the Smartrons maintenance? Or will it be done by BDZ itself?
- To what depot the Smartrons will be allocated?
- What is the funding scheme of the contract? Does BDZ use only its own financial sources?

BDZ answered us as follows:
"The locomotives are delivered with a three-year warranty or 600,000 km mileage, whichever comes first. The contract includes not only delivery but also training of the BDZ maintenance and operation staff to ensure long-term maintenance of the locomotives. In that context, the regular maintenance is planned to be performed by BDZ employees, and for the warranty period this will be performed under the guidance and direct supervision of the manufacturer Siemens.

The Smartrons will be located and maintained at the Sofia locomotive depot, where a repair hall with the necessary equipment is currently being prepared to receive the first locomotives in January 2021. The Smartrons will be used to haul trains on the longest routes, on the lines from Sofia to Burgas, Varna, Blagoevgrad and Svilengrad. It is provided that they can be operated on a shift basis (including a driver’s change on the route) by trained drivers from different BDZ divisions in the country.

According to the manufacturer's policy, Smartrons are produced in only one possible base colour, and the operator's markings are placed on it, which limits the possibilities of using the BDZ current colour schemes. Considering this, a competition for the design of the locomotives is to be announced and the selected design will be applied.

The acquisition of Smartrons is ensured through funds under the capital transfer that BDZ receives in fulfillment of the contract with the Government for the provision of public service."

By signing the contract, BDZ ensured the supply of new locomotives for the first time since 1987 and, in addition, this is the first major investment in the renewal of BDZ fleet in about 15 years, because the last new-built vehicles for BDZ were Desiro EMUs and DMUs supplied by Siemens between 2005 and 2008.

At least two positive moments can be seen in the described BDZ tender. First, it was possible to realise it fairly quickly on the operator’s side and without delays (complaints) on the side of unsuccessful participants. And second positive moments is that the only criterion in the tender was not the purchase price, so the unified Smartron family could succeed with a tag price of 2.5 million EUR.

BDZ is the third Smartron customer from Bulgaria after PIMK and Bulmarket. The Smartron is available in the countries of Bulgaria, Germany and Romania and is based on the proven components of the Vectron. By the end of May 2020 a total of 13 customers have ordered 47 Smartrons since the new family launch in February 2018.