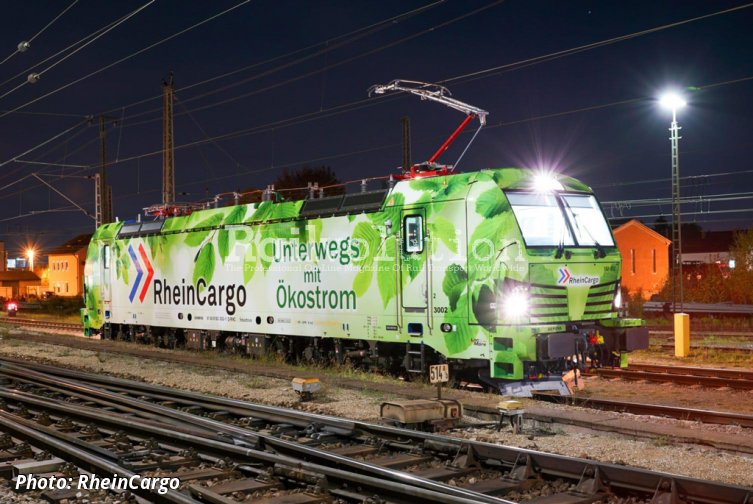 One of the newest operators of the Smartrons ordered so far is the Neuss-based RheinCargo, which will gradually receive four locomotives, 192 031 - 034. It first plans to use them on its trains in the ​​Ingolstadt and München area for the driver training purposes, and later in the whole of Germany.

At the same time, the company announced that from 2021 it will purchase traction energy for all its electric locomotives only from renewable sources, the supplier being enviaM. This will be emphasized by the color scheme of all four Smartrons, as shown in the photo of 192 032 with the inscription „Unterwegs mit Ökostrom“ („Underway with eco current“). RheinCargo received 192 032 on 28 October 2020. The handover of the locomotives 033 and 034 is planned for 25 and 26 November, in Ingolstadt. 192 031 will follow on 15 December 2020.

In 2019, RheinCargo transported approximately 22 million tons of freight by rail and achieved around 3.5 billion tkm, running daily an average of over 100 trains. Its electric locomotives consume around 70 million kWh annually, but they also generate around 7.5 million kWh of energy recovered from electrodynamic braking.

RheinCargo was founded in 2012 as a joint venture between HGK (Häfen und Güterverkehr Köln) and NDH (Neuss Düsseldorfer Häfen). It operates seven public Rhine ports in Düsseldorf, Köln and Neuss. It uses 90 locomotives and 700 wagons and has approximately 640 employees.