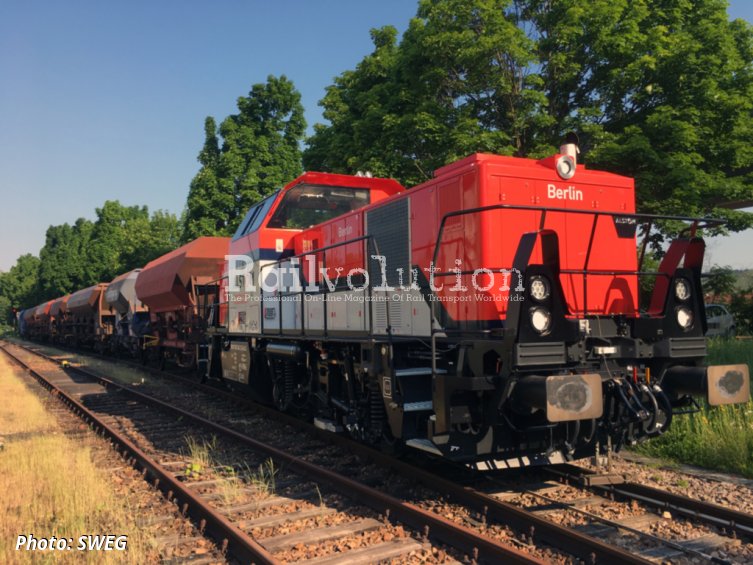 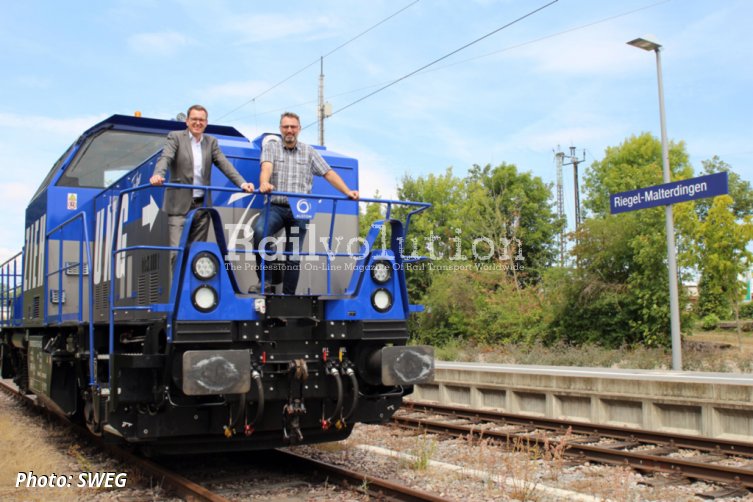 On 31 May 2021, Alstom and Südwestdeutsche Landesverkehrs-AG (SWEG) signed a framework agreement under which Alstom will rent SWEG for eight years locomotives from its vehicle pool and will also maintain them. The agreement provides for SWEG to rent four locomotives during 2021 and two more later if required.

At present it is expected delivery of one Class 1002 Prima H3 hybrid locomotive and three modernised Class 203.1 (ex-V 100 DR) locomotives this year. Initially, one 203.1 will be used in SWEG freight traffic in the Gammertingen area (by Hohenzollerische Landesbahn, HzL) and the Prima H3 in Offenburg.

Alstom will take over the maintenance of all the above-mentioned machines at its works in Waibstadt (north of Stuttgart), thus enabling operation close to the SWEG network in Baden-Württemberg. The contract includes, among other things, a 24-hour emergency phone line and mobile service. SWEG will also retain its two existing Gravita locomotives, V180 and V181. As first locomotive of the new contract, SWEG took over Prima 1002 042 on 3 May 2021 and started service that day.

The described lease of locomotives from Alstom is the result of the testing of 1002 004 at SWEG between 5 and 9 August 2019, which was deployed on shunting duties in Freiburg, Herbolzheim and Neuenburg. The test formed part of a freight reorganisation at SWEG, which was then being prepared after the company took over HzL in 2018.

The new concept envisages an expansion of the scope of wagon consignments in the form of wagon groups and of block trains in regional freight transport. The transports will be carried out either in cooperation with DB or directly for end customers. SWEG is therefore also a member of the Netzwerk Zukunft Einzelwagenverkehr (Network of Wagon Consignments for the Future), which was founded on 11 May 2021. The founding members are 12 freight operators, including DB Cargo, Bentheimer Eisenbahn, Kreisbahn Siegen-Wittgenstein, and others.

As Joachim Berends, Vice President of the VDV (Verband Deutscher Verkehrsunternehmen) and member of the Board of Management of Bentheimer Eisenbahn, says: „The aim is to create a cooperation that will achieve the goal of shifting significantly more freight traffic to rail by 2030. We need to increase the competitiveness and attractiveness of rail freight transport, and wagon consignment is an important building block for this."