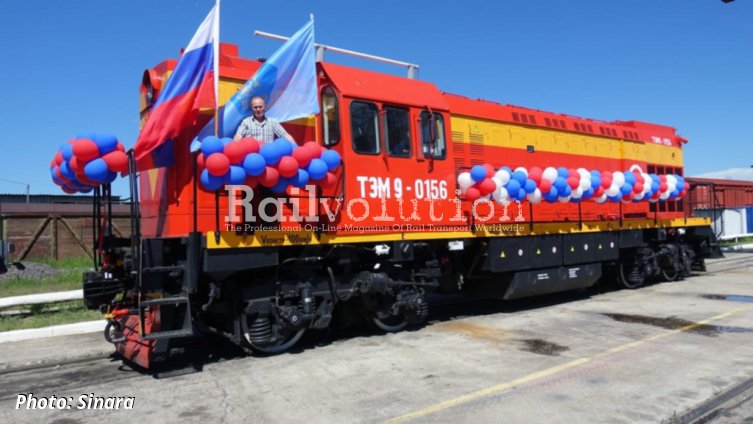 The TEM9-0156 was built by LTZ and is one of the Class TEM9s produced this year for various industrial clients. Anton Zubikhin, STM Deputy General Director for Sales, said: „The delivery of a TEM9 to PPGKhO marked the beginning of cooperation with the largest Russian enterprise supplying the nuclear industry which is especially valuable for our company.“

A new shunter was purchased as part of the PPGKhO's investment programme. It will be used to haul rakes of wagons at Krasnokamensk power station, Urtuysky coal mine and hydrometallurgical plant. Annually, PPGKhO's rail division moves about 3 million tons of coal and about 200,000 tons of lime, sulfur, cement, manganese ore, and other freight. The company states that it will be able to reduce the number of leased locomotives and improve working conditions for locomotive crews.

PPGKhO is the largest diversified mining and processing enterprise in the Trans-Baikal territory. Its main activity is the production of uranium oxide concentrate for its further enrichment at the enterprises of the nuclear fuel cycle of the Rosatom state corporation.