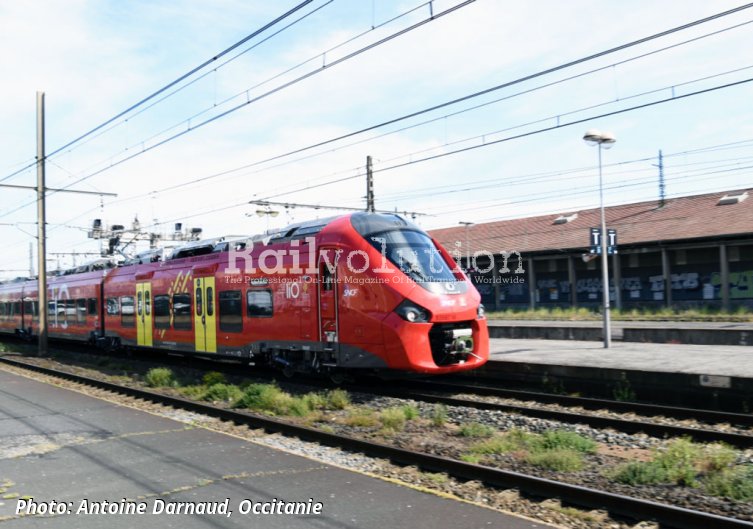 On 19 May 2020 Alstom announced that on the 7th of the month it delivered the 300th Reichshoffen-built Coradia Polyvalent (Régiolis), this particular train being destined for the Occitanie region. It was a four-car BEMU (Battery Electric Multiple Unit) with end cars designated B 83587/83588 and the first one in a LiO (Lignes intermodales d’Occitanie) livery.

After six years of operation, the fleet of Coradia Polyvalent units has covered more than 107 million km. In response to the hydrogen plan initiated by the French Minister for the Ecological and Inclusive Transition and the Minister for Transport in June 2018, Alstom is now proposing to incorporate a dual-mode electric-hydrogen version into the Coradia Polyvalent range.