The First WINKs In The Netherlands 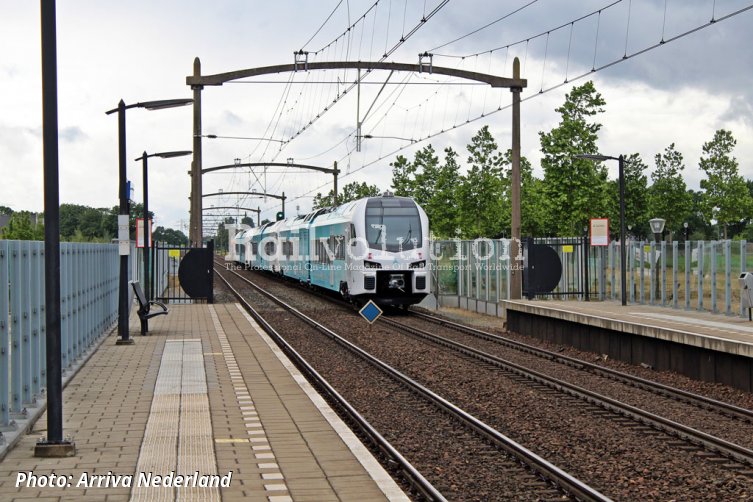 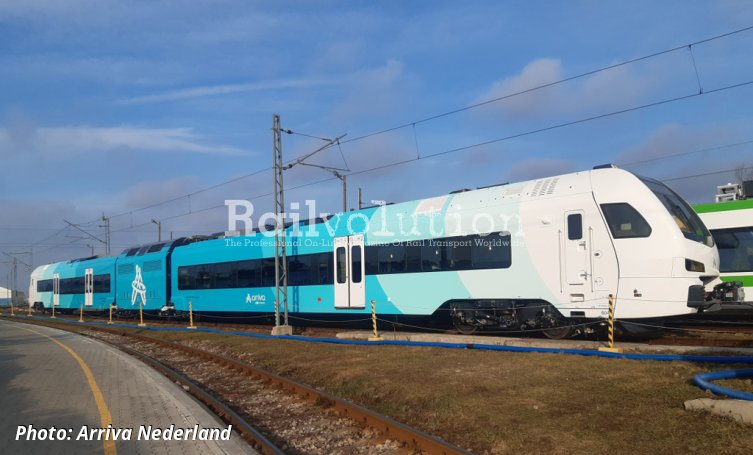 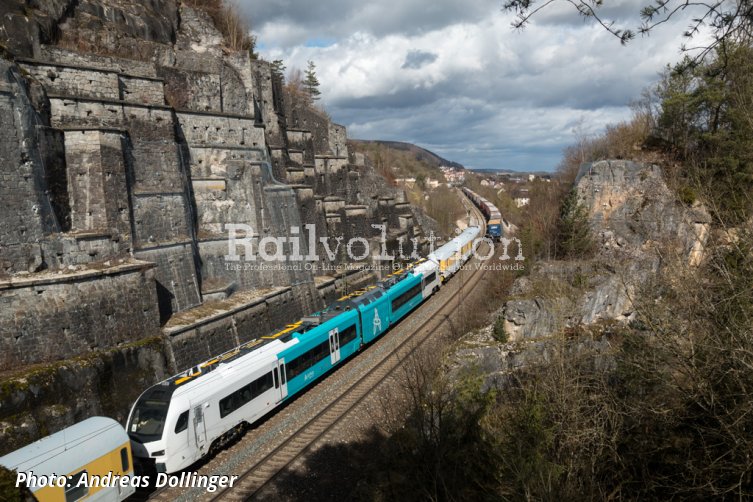 On 5 June 2020 the three WINK trains, built at Stadler Siedlce works for Arriva Nederland, arrived in the Netherlands. They are the units numbered 601, 602 and 604, which were previously tested in Poland and Germany, whereas with 604 it was planned to conduct tests in Romania, at the Faurei test centre. All these WINKs were taken from the PCW test centre and entered the Netherlands via Venlo and then continued to Amersfoort. Their testing will now take place on „De Hanzelijn“ between Zwolle and Dronten.

On 9 November 2017 Arriva Nederland placed an order with Stadler for 18 two-car WINK trains. The acronym stands for „Wandelbarer Innovativer Nahverkehrs-Kurzzug“ (Local Service Short Convertible Train). „Wink“ also translates from German to English as „hint“, „indication“ or „sign“. In other words, the WINK indicates one possible future for local trains on lines which do not have heavy patronage levels.

The WINKs follow the GTW family of EMUs and DMUs, with their characteristic separate PowerPack modules. Stadler intends to maintain the GTWs in its product range and offer them to specific markets. However, the WINK, although being a two-car train (with a PowerPack), has a seating capacity of around 150 and a total capacity, including standees, of up to 275 passengers. That is the equivalent of an ordinary three-car GTW EMU or DMU. The WINK is designed for a top service speed of up to 160 km/h, and has an axle-weight of under 18 t.

The design of the WINK has certain characteristics which make it similar to members of the FLIRT family. It has aluminium bodyshells of similar construction, with large windows. The  PowerPacks have steel construction. The design of the front ends and driver’s cabs reflects that of the FLIRTs. The bodyshells can be supplied up to a maximum length of 23 m (excluding coupling lengths) - the possible lengths varying in 1.8 m steps. For requests for trains with a greater passenger capacity thank WINKS, the FLIRT is offered.

The principal design difference between the GTW and WINK lies in the central PowerPack module. Whereas in a GTW the module is mounted on a separate, centrally-positioned non-rotating powered bogie, in the case of the WINK the module shares non-powered Jakobs bogies with each of the two end cars. The WINK is powered by its outer bogies. Either one of both of the latter can be powered, but in all configurations both wheelsets in the powered bogie(s) are driven.

This is similar to the design used for the latest FLIRT DMUs, and it ensures a continuous, unbroken low floor area within the passenger accommodation. Unlike either the FLIRT EMUs or DMUs, no machinery spaces are provided in the WINK between the driver’s cabs and the passenger accommodation, because the traction converters and other components are situated in the PowerPack. This means that the space available can be used for other purposes. Arriva Nederland selected a quiet zone here at one end, and a working zone for passengers at the opposite end.

The WINKs are fitted with a pantograph and the traction equipment for 1.5 kV DC, together with the diesel gensets, complemented by a set of traction batteries. The Arriva Nederland WINKs are able to reach a maximum speed of 140 km/h. They have a Bo’ 2’ 2’ Bo’ axle arrangement, and are equipped with two 480 kW Deutz diesel engines, fuelled using hydrogenated vegetable oil (HVO). The trains will have a power of 1,000 kW at wheel rim in an EMU mode, and of 740 kW at wheel rim either in diesel or battery mode.

The line between Leeuwarden and Groningen (57 km), which runs from west to east across Friesland and Groningen provinces, is expected to be partially electrified by 2025. This will enable the WINKs to run of 1.5 kV DC overhead, and use their batteries for the stretches of line which remain non-electrified, and on the other above mentioned routes. The diesel engines with the traction generators and fuel tanks will be removed, the trains thus becoming EBMUs, with a maximum power rating of 1,000 kW at wheel rim. The space occupied by the equipment removed will be used for the installation of the necessary traction components and more powerfull batteries, enabling a greater operating range.

Arriva Nederland has ordered  55.5 m long WINKs, this being a follow-on from earlier contracts. The trains are being financed by Arriva and will be based in Leeuwarden and Groningen depots. The WINKs are 2.82 m wide and 4.12 m high above rail top. Three pairs of double-leaf entrance doors are provided. 135 fixed and 16 tip-up seats are fitted. One WC cubicle is provided, this being wheelchair-accessible. Multi-purpose areas offer space for wheelchairs, bikes, prams and luggage, and WiFi reception will be available.

It is planned to put the 18 WINKs into service during 2020. The 170 million EUR contract covers not only the construction of the new trains, but also the future removal of the diesel engines and provision of more batteries. Moreover, it also covers the cost of modernising all Arriva Nederland’s existing fleet of 51 GTW 2/6 and 2/8 DMUs in total, which date from 2005 and are designated by Arriva as SPURTs. The work will include the installation of a new passenger information system and of battery packs for the storage of energy regenerated while braking.

The first WINK, 601, was finished in November 2019 and then tested in Siedlce and on the adjacent PKP PLK line to Łuków. Subsequently the WINKs 602 to 604 were finished until mid-February 2020. Unit 604 has been unveiled at Siedlce on 21 February 2020 and the following day sent to the AFER test centre in Faurei. However, it returned to Siedlce on 14 April, as it was not possible to make tests in Romania on account of the coronavirus.

It was also planned to show the WINK at InnoTrans 2020, however this event will take place in April 2021. Arriva stated: „We are looking - in consultation with partners (with Stadler and the provinces Friesland en Groningen) - for an appropriate moment for the roll-out of the WINKs. More information will follow later.“