The Uncertain Fate Of Talents For ÖBB 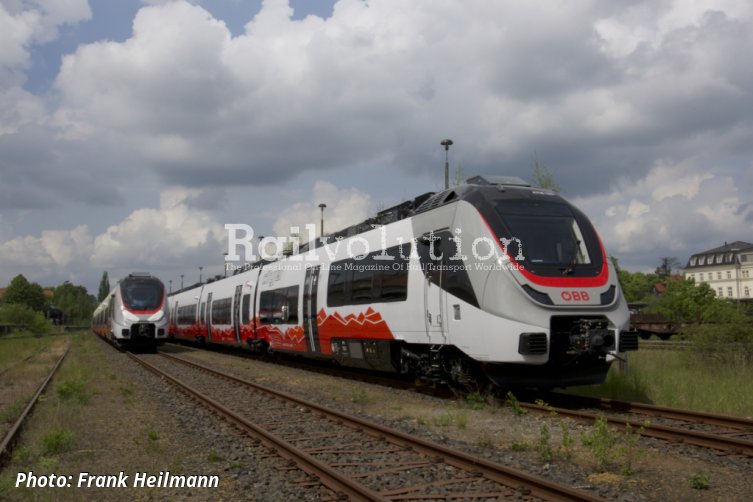 Due to the several-year delay in the contract for the Talent 3 EMUs ordered since 2016 and the still unclear delivery, which could start in 2019, ÖBB decided last year to withdraw from the contract with Alstom (formerly Bombardier Transportation) and ordered Desiro ML EMUs from Siemens instead.

Alstom offered to rework the Talents, but when it carried out further test runs last autumn with the Class 4758 units already in Austria, it cooperated with WESTBahn, as ÖBB clearly did not want to continue with the project. Alstom now states that it is seeking to sell the Talents in question to another customer.

From the 46 six-car Talents that have been confirmed by ÖBB from the framework contract for up to 300 trainsets, most of them have been produced. The exact number cannot be officially ascertained by Alstom, but 15 completed vehicles were reported in 2019, so it can be assumed that most, if not all, of the contracted number (21 for Vorarlberg ordered in December 2016 and 25 for Tyrol ordered in June 2018) have already been built. They are therefore now stored at various external locations in addition to the Alstom premises.

One of these is the port of Mukran in Sassnitz, which opened in 1986 and was originally intended for the transport of broad-gauge cars on ferries between the GDR and the USSR, and which is "popular" with DB because its size means that it can accommodate a considerable number of end-of-life vehicles. At least 12 Talents for ÖBB were counted at Mukran in May. Others are parked at the freight yard in Bautzen.

In the meantime, ÖBB has already ordered all 46 Desiro ML four-car EMU, first 21 for Vorarlberg in August 2021, then 20 for Tyrol in September 2021, and in March 2022 the remaining five, which will be shared by the Länder of Salzburg and Tyrol. Deliveries are scheduled to begin so that the first of the units can enter service in December 2022, and are envisaged to run until December 2024.

ÖBB is to receive further new EMUs from January to August 2026, of the KISS type, of which a total of 41 were ordered this April under a framework contract for up to 186 trains. Later this autumn, ÖBB is due to confirm its order for a further 20 four-car KISSes, which are envisaged for delivery by the end of 2026. In addition, ÖBB now has tenders underway for up to 540 single-deck EMUs (where, depending on the tender process, it hopes to start deliveries from 2025) and for up to 120 units also with alternative propulsion (where a decision on the supplier is expected in early 2023).